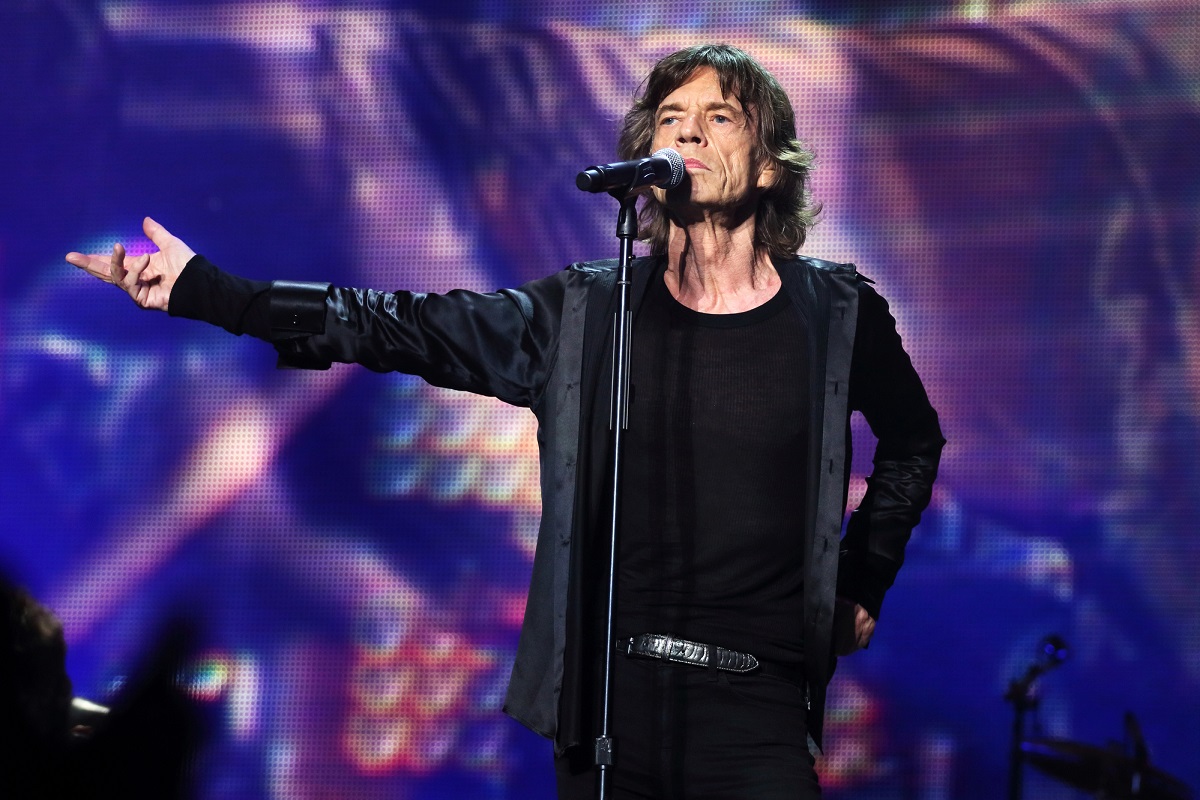 Mick Jagger of English rock band The Rolling Stones performs at the concert of their world tour, 14 On Fire, in Shanghai, China, 12 March 2014.

Note: This originally ran in 2020 in celebration of Mick Jagger and his 77th birthday, and has now been updated for 2021 and his 78th.

In the history of music, there have been plenty of superstars, icons, and legends — but only one Mick Jagger.

Today, the man born Michael Phillip Jagger turns 78. He may seem ageless, much like his colleague Keith Richards, but he is, in fact, of this earthly plane, and today’s his birthday.

Wishing the one and only @MickJagger a very happy birthday today! 🎉🎤🎉 pic.twitter.com/5jwlc2hml7

Keith sent out a great pic saluting his pal:

Mick’s big day comes less than a week after the Stones announced new dates for their rescheduled No Filter tour in the United States:

In April 2021, Mick collaborated with Dave Grohl on “Eazy Sleazy,” a particularly focused little slab of rock with some rather pointed lyrics suitable for the not-too-distant past:

Said Mick about the track: “I wanted to share this song that I wrote about eventually coming out of lockdown, with some much needed optimism – thank you to Dave Grohl for jumping on drums, bass and guitar, it was a lot of fun working with you on this – hope you all enjoy Eazy Sleazy !”

Nothing but the best, healthiest wishes for ol’ Mick, truly a one-of-a-kind musical force. Plus, those dance moves! Here he was, fresh off heart surgery a while back, putting us all to shame:

In addition to consistent world tours around the world (like 2019’s incredible No Filter tour, which is tentatively restarting in late September), Mick and the Stones kept busy during the pandemic, having premiered “Living in a Ghost Town,” their first original new song since 2012, in April 2020:

That song is from recording sessions the Stones began before the pandemic hit — and according to Mick, the rest sounds pretty good, too:

We recorded a bunch of tracks at the same time we did ‘…Ghost Town’, so actually I’ve been finishing off the vocals and some other instruments on them, and doing some mixes. So I’m working on it.

“We’ve got to get together and do a couple more sessions on them. But we’re not really gonna get together right now. But it sounds good, what we’ve already done — [it]sounds pretty good to me.”

So whatever you do today, take some time out to put on some Stones and celebrate Mick Jagger’s unmistakable presence as one of the most vibrant front men in the history of rock and roll.