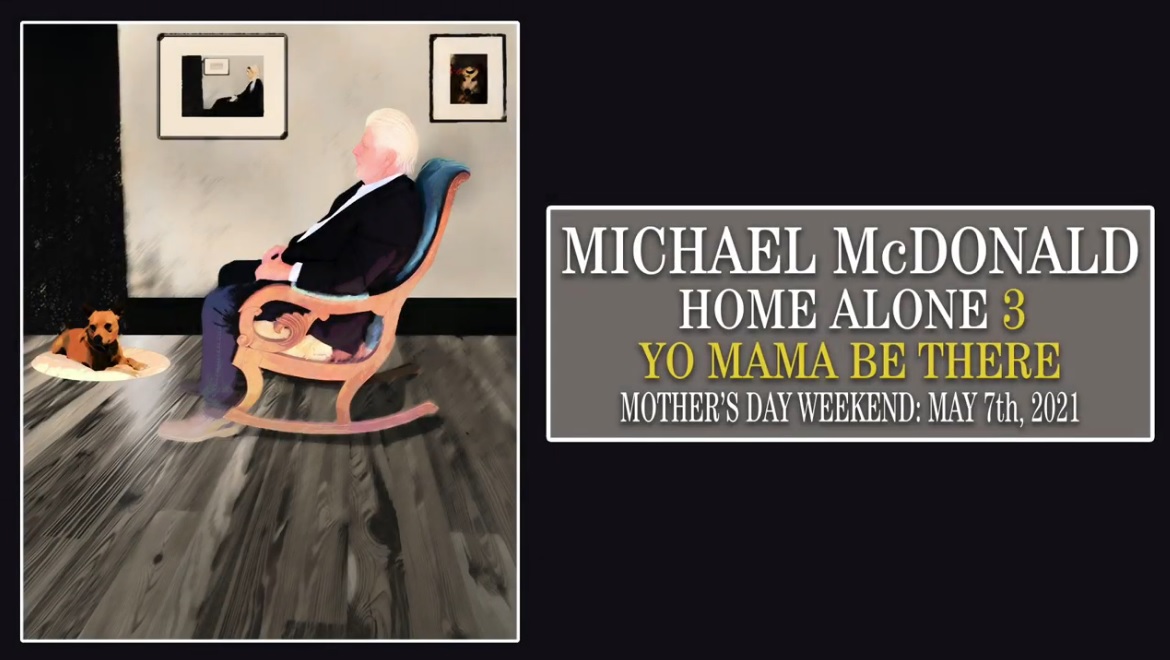 Renowned singer/songwriter/recent Rock and Roll Hall of Fame inductee Michael McDonald has staged a handful of entertaining solo live stream concert events over the past few months, and his next one is coming up on Mother’s Day weekend.

The amusingly titled Home Alone 3: “Yo Mama Be There” show will take place on May 7 at 9 p.m. EDT/6 p.m. PDT, and is sure to be another highly entertaining night of music. There are a number of different live stream ticket packages available, starting at $20 and going up to $150 for the “Deluxe Mother’s Day Two Pack,” which includes the following:

2020 saw Michael McDonald keep busy with a series of archival live recordings released to the masses. In April, he debuted a powerhouse performance of Marvin Gaye’s “What’s Going On”:

In May, a rendition of “What the World Needs Now”:

In July came “Takin’ It to the Streets,” featuring Drea Rhenee:

And, finally, McDonald was a special guest in July’s “Feelin’ Alright” video from Dave Mason and the Quarantines (check out our feature interview with Mason at this link, by the way), an ensemble of fellow rock legends including Sammy Hagar, Mick Fleetwood, Michael McDonald and the Doobie Brothers.