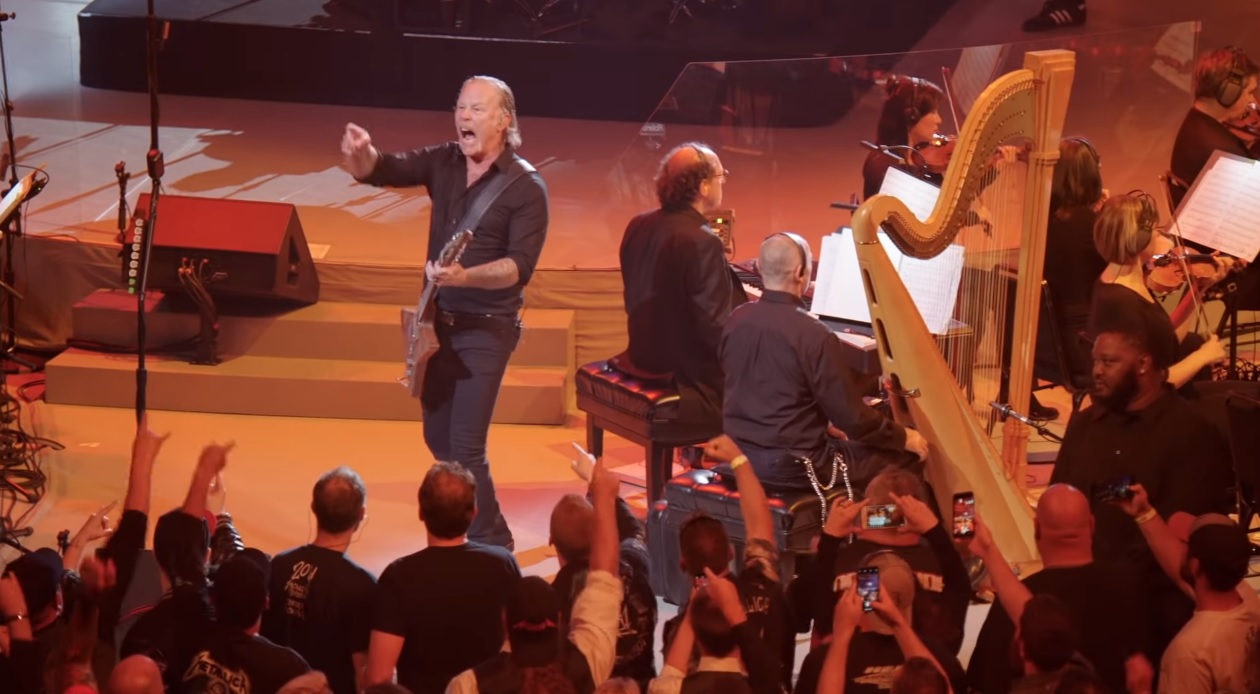 The live release will be available on Aug. 28, and to ramp up anticipation of the sequel of sorts to Metallica’s classic 1999 S&M live album the thrash/metal band has premiered a handful of performances from the record.

The latest is “Moth to Flame,” a song from the band’s 2016 album Hardwired … to Self-Destruct. Capturing the dynamism of the Metallica + a symphony orchestra setup with James Hetfield, Lars Ulrich, Kirk Hammett and Rob Trujillo “in the round” to orchestra accompaniment:

That video joins other previews of S&M2: “All Within My Hands”:

And the timeless Black Album hit “Nothing Else Matters”:

And here’s a preview for the S&M2 live album/film:

S&M2 is a landmark release in the Metallica catalogue, both sonically and visually. Produced by Greg Fidelman with James Hetfield and Lars Ulrich, the S&M2 live album captures more than two and a half hours of James, Lars, Kirk Hammett and Robert Trujillo joining forces with the nearly 80-strong SF Symphony, legendary Music Director of the orchestra Michael Tilson Thomas, and conductor Edwin Outwater. The concert film is a brand-new edit done by Joe Hutching (Through The Never) and both the audio and visuals have been taken to the next level from the October 2019 theatrical version that played in over 3,700 cinemas worldwide.

It’s worth mentioning that Metallica begins S&M2 with an orchestral performance of Ennio Morricone’s “The Ecstasy of Gold,” which the band also began the first S&M concert with in 1999 and has opened many of its shows with for decades. Morricone passed away earlier this year: