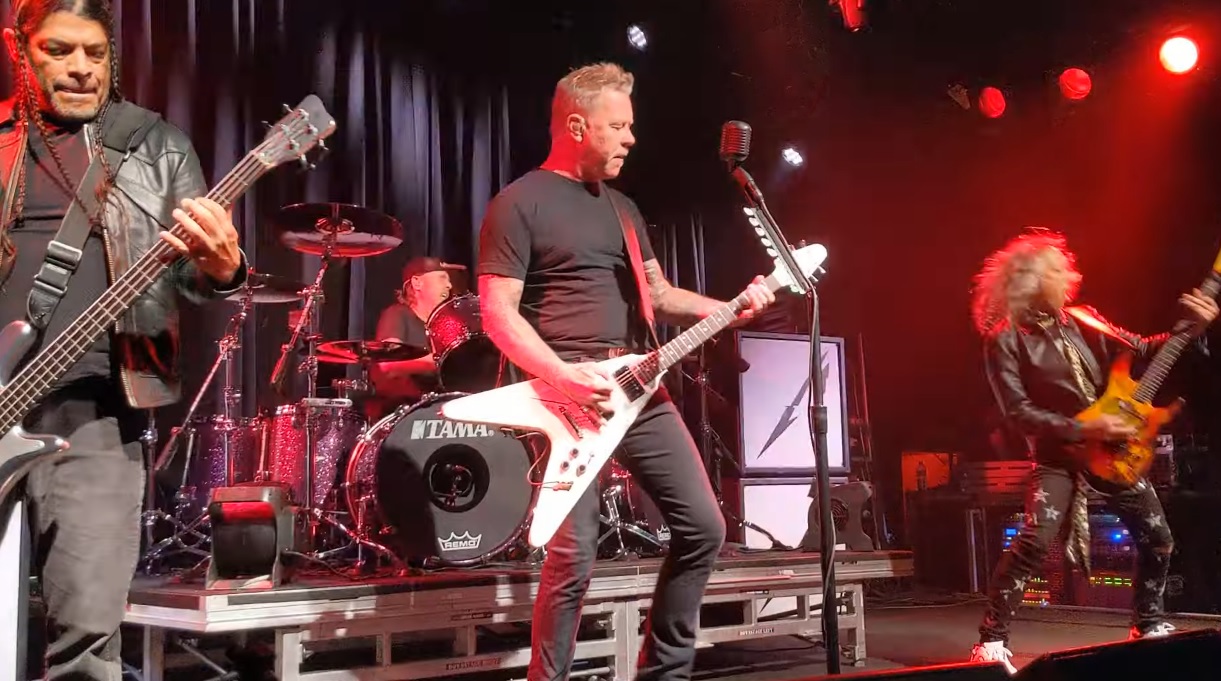 Metallica dropped in for a few hundred lucky fans on Thursday night at the Independent, a small club in San Francisco.

The venue tweeted news of the gig a few hours ahead of time, with wristbands just $20 (which sold out very quickly, of course):

SURPRISE SAN FRANCISCO! ⚡@Metallica TONIGHT⚡Don’t walk, RUN to our box office with $20 cash right now to grab a wristband! It will sell out fast! pic.twitter.com/Ff1lMEX9Rz

Once inside, Metallica staged its first gig with fans in attendance since 2019. As the thrash/metal icons‘ website put it:

We’re BAAAAACK!! It’s been 738 days since our last live show, but hey, who’s counting?! Well, that shit all stops tonight!!! “Wait,” you say, “there’s a show tonight?” Yes! Join us this evening, September 16th, in our hometown of San Francisco with real-live fans in the house. We’ll be going back to our club roots by taking the stage at The Independent on Divisadero, and we cannot wait to see you!

The gig was a week after Metallica’s 30th anniversary reissue of the Black Album, though this wasn’t tied to that … it was just a gig for gig’s sake, a chance for the band and its fans to reconnect after  a long time apart.

The 16-song set list ventured throughout the band’s career, a pretty good time for $20 for those lucky enough to make it inside!