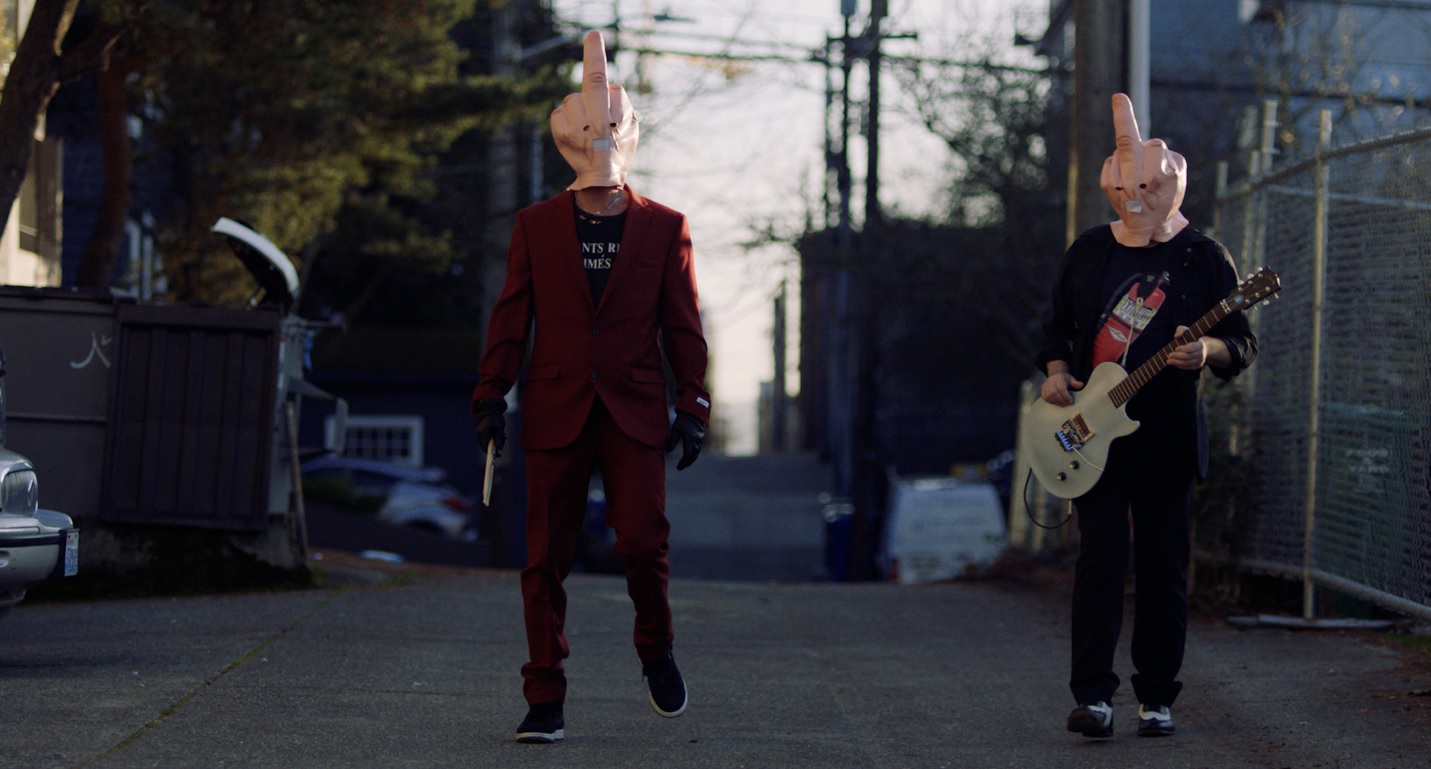 Earlier this week, the punk community was rattled with news that Max Creeps had broken up, a social media statement that elicited heartbreak from icons of the punk rock community … despite nobody really knowing who Max Creeps was. You see, this is a new project, stylized as a legendary punk band, which is an amusing (and effective!) way to stir up hype:

It is with great regret that we must announce the end of Max Creeps. To our millions of dedicated fans, the last 40 years have been supremely eventful. May punk rock live forever.

Fear not, though! Because this “legendary” band is back, having reformed due to outcry from all of its fans’ broken hearts:

We are elated to announce to our billions of fans, Max Creeps have reunited! pic.twitter.com/G1vcb89WP3

Max Blastic and PC Bullshit, as the two mysterious masked men behind this Max Creeps business call themselves, also shared a music video for a track called “Burn It Down” on Thursday:

In a candid interview, Max Blastic and PC Bullshit admitted the Monday break-up was the result of their long chattered about dispute over a 30-year-old, $226 gas bill. Thankfully, the age-old gas dispute between these icons has at long last been put to bed, with the pair quickly re-entering the studio after decades of false starts.

Due out May 13, Nein is a nine-track album of songs from … whoever this enigmatic punk duo is. Considering the clout of those who mourned the band’s dissolution — a list that included Green Day’s Billie Joe Armstrong, Duff McKagan and Slash of Guns N’ Roses, Marky Ramone, Phil Campbell of Motorhead, Laura Jane Grace and Sum 41, to name a few — they must be somebody.

Here’s a band biography, if you’re interested in more of Max Creeps’ mythology:

After meeting side-stage at David Bowie’s 1973 final Ziggy Stardust show at the Hammersmith Odeon in London, PC Bullshit and Max Blastic masterminded the rise and fall of Max Creeps on a working cattle-boat back to Seattle, Washington. Early gigs at The Masque in Hollywood became things of legend in late 1975. MC were soon touted in Tinseltown by the likes of Pat Smear, Cheryl Tiegs, Paul Lynde, Charo, and Efrem Zimbalist Jr. The easy access to drugs and the partying high-life took its toll of both PC and Max, as they soon found themselves planted in the Betty Ford clinic after a taut misunderstanding with the L.A. City Council on just who’s city Los Angeles was. Thus began the long-standing dislike by Max Creeps, of all cities, big or small.

Following the lengthy stint in rehab, on release, the Creeps were astounded to find all of their music they played live at The Masque had been ripped off. Something that was now being called “punk rock,” had its clear roots in those early gigs. From the Sex Pistols, The Clash, The Germs, into Devo and Wire, these albums that were direct rip offs of all of the Max Creeps’ songs. This has denied them hundreds of dollars in royalties… but not much more can be said about that here, as many lawsuits are pending.