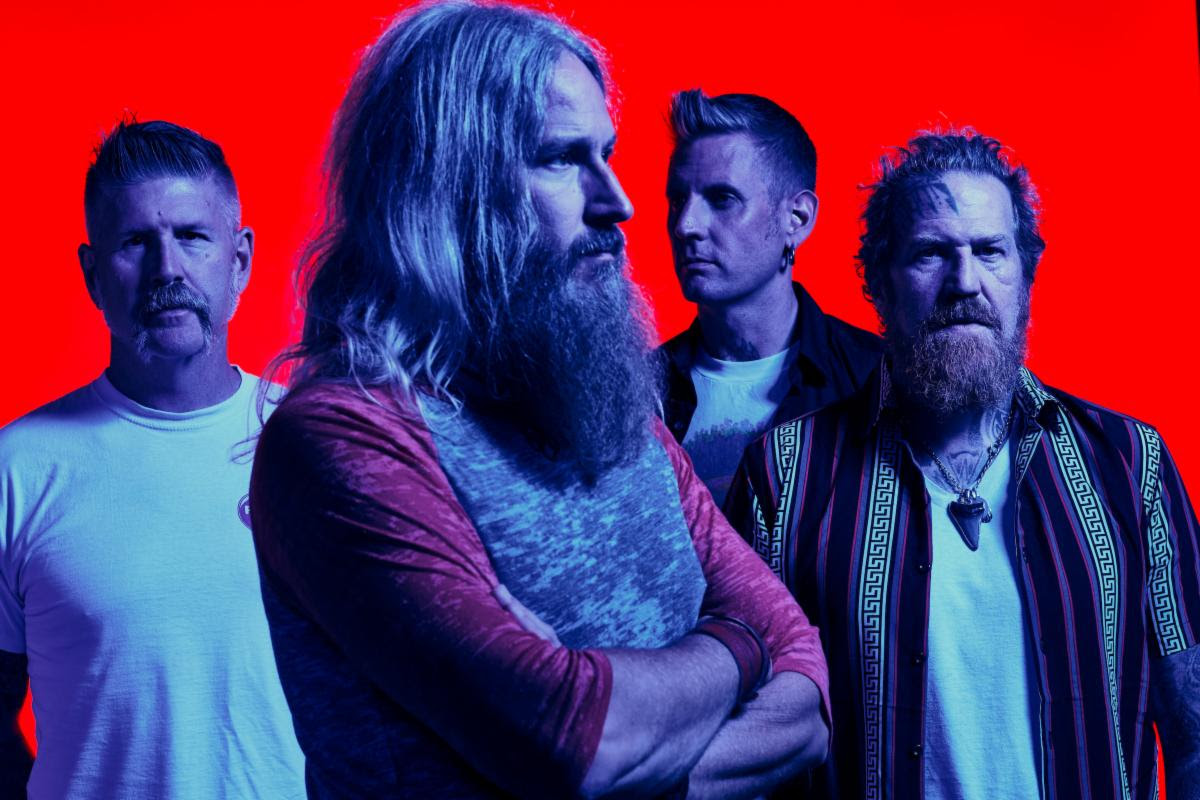 Released on Oct. 29, Hushed and Grim is the eighth studio album from hard rock/metal kings Mastodon, and the band’s first since 2017’s Emperor of Sand.

With an epic running time of more than 86 minutes, it clocks in as the band’s longest opus to date, and that’s saying something — this is an ensemble of rockers known for songs of crushing depth, sonic adventurousness and sky-high ambition.

Thus far, the album has earned mostly rave reviews, and its solid reception was confirmed by placing at the No. 1 spot on Billboard’s Hard Rock Albums Chart, an accomplishment also reached by Emperor of Sand four years ago.

The 15 songs that make up Hushed and Grim come from a place of deep reflection and personal loss, a tribute of sorts to the band’s longtime manager, Nick John, who died in 2018 after a fight with pancreatic cancer.

Per a news release, the album was recorded in their hometown of Atlanta over the past year and produced by David Bottrill (Tool, Rush, Muse, Peter Gabriel) Their most ambitious body of work to date, the 15 disparate tracks cover a wide confluence of textures that include rock, psychedelia, punk, metal, alternative, and prog interwoven by their innately expressive musical interplay of these virtuosic musicians. An atmospheric canvas very real of loss, loneliness, and longing permeates through the trio of cathartic vocals as they musically say goodbye to old friend, confidant, and longtime manager the late Nick John by architecting a magnum opus that bears the influence of his eternal memory.

The moment we’ve all been waiting for is here! Our new album ‘Hushed and Grim’ is now yours! We are very proud of this album as it’s the next step in the evolution of Mastodon and we would like to thank you for continuing on this journey with us! https://t.co/Gz6K9g8gnj

Below, Mastodon breaks down the story behind Hushed and Grim:

The weeks ahead have plenty of activity in the works from Mastodon. The band will perform on Late Night with Seth Meyers on Nov. 23, shortly after launching a big co-headlining tour alongside Opeth.

Stream Hushed and Grim below.