Home / Love Him or Hate Him, Machine Gun Kelly is Carrying The Torch for Pop-Punk’s Revival (‘Mainstream Sellout’ Review)

From the opening seconds of “Born with Horns,” the leadoff track on Mainstream Sellout — the new album from Machine Gun Kelly available today, March 25 — you might be confused.

Is this a Blink-182 song? The drum pattern that kicks off the record is provided by Travis Barker, Blink-182 drummer/cultural icon, and has his trademark technical prowess behind the kit. The guitars that power the song’s verses also chug along with taht early 2000s’ pop/punk energy.

The whole thing is reminiscent of “Feeling This,” the lead single from Blink’s untitled 2003 album, other than the absences of Tom DeLonge and Mark Hoppus.

Whether an intentional homage to what came before or not, it’s a fitting introduction to the record — because Mainstream Sellout is a consistent reminder of why Machine Gun Kelly is absolutely everywhere these days, carrying the torch for pop/punk and guitar-based rock in 2022 … whether you like it or not.

“god save me” also has not-so-subtle Blink inspiration, especially in its chorus:

When Blink-182 made the jump from underground punk band to arena-headlining, MTV-friendly pop/punk superstars with 1999’s Enema of the State, it came at the expense of their credibility. After all, the band had “sold out” to the music business in exchange for fame and success — so said the punk purists, at least.

Needless to say, that blowback meant nothing, as Blink-182 became one of the biggest bands of its era and a major source of inspiration for the countless acts that followed in their wake.

The thing about Machine Gun Kelly, is that he doesn’t care about “credibility.” At all.

OK, that’s perhaps not entirely true, considering Barker’s omnipresence as a co-songwriter, co-producer, drummer and (one would assume) General Pop-Punk Advisory Committee. Kelly also hasn’t totally abandoned his hip-hop roots, both on his own on several tracks as well as guest spots from Lil Wayne, blackbear, WILLOW, Gunna, Young Thug and more.

There’s still plenty of edge to Kelly’s lyrics, too. “Drug Dealer,” a punky love song about a girlfriend who provides him with the drugs he needs to get through the day, isn’t exactly something the Warped Tour bands of yesteryear would sing about in their songs:

I wake up, my head hurts
But she got a couple blunts and Percocets in her purse
I can’t front, I want first
If she got the good bag, I’ma pay what it’s worth
She’s my drug dealer girl, yeah

English metal-band-turned-alt-rock-ensemble Bring Me the Horizon turns up on “Maybe,” maybe the strongest example on Mainstream Sellout of just what MGK and his team are going for with this record.

Listening to the song, featuring Kelly and BMTH vocalist Oli Sykes trading verses, it’s impossible to not be reminded of “Misery Business,” the breakthrough song from Hayley Williams and Paramore that was first released in 2007 (which became a key track of the mid-oughts’ pop/punk scene):

Interestingly enough, Kelly and Barker shared a cover of “Misery Business” back in 2020:

(It’s worth mentioning here that Williams received a retroactive writing credit on “Good 4 U,” one of the biggest songs thus far from pop singer/songwriter Olivia Rodrigo, due to its stylistic interpolation of “Misery Business” — another example of the blossoming pop-punk resurgence in recent years.)

Is Machine Gun Kelly catering to a specific audience with this pop-punk arc of his career? Probably — but so was Blink-182 two decades ago when its sound shifted to appeal more to the masses. Nostalgia for pop-punk is at an all-time high, as evidenced by the quick sellout of multiple days of the When We Were Young Festival next October in Las Vegas.

Such nostalgia is expressed in overbearing terms on “Emo Girl,” one of Mainstream Sellout‘s pre-release tracks featuring Willow. The song could be taken straight from the overhead speakers at Hot Topic or Claire’s circa 2004, were it not for its especially self-aware lyrics:

She puts eyeliner on her dark skin
She tells me lies but she knows all of my secrets
And when we drive in the car and I say, “Who is this band?”
She says, “You won’t understand, it’s some next shit”
Choke-choke-choker on her neck, kiss me
Holy fuck, I’m bleeding on your Blink tee
So, so, so many regrets, you tell me you’re depressed
Baby girl, that makes two of us

MGK is unapologetic and up front about the latest chapter in his career arc, which saw him release several “underground” hip/hop records before shifting his sound to a more rock-oriented sound with 2020’s Ticket to My Downfall — an experiment that pushed him into the stratosphere.

Take the title track, for example, which turns his critics’ complaints around (“does he even play guitar?”), Kelly (real name: Colson Baker) essentially calling out the “hate” he receives on a regular basis:

“Papercuts,” the lead single from the album, turns some of those negative comments around as

Kelly, of course, is laughing at the flak he receives all the way to the bank — a huge arena tour announced earlier this week is selling well in major markets already. The kids can’t get enough of the MGK experience.

He doesn’t shy away from directing any type of attention his way, from starting a “beef” with rapper Eminem (the very sort of stunt Eminem himself would have pulled two decades ago to earn more headlines) to sparking a war of words with Slipknot main man Corey Taylor.

Machine Gun Kelly isn’t for everyone. His shout-y voice can get a bit grating, though it does pair quite well with many of the energetic, punk-inspired anthems on Mainstream Sellout. And there’s that whole “credibility” issue that some will never get over. 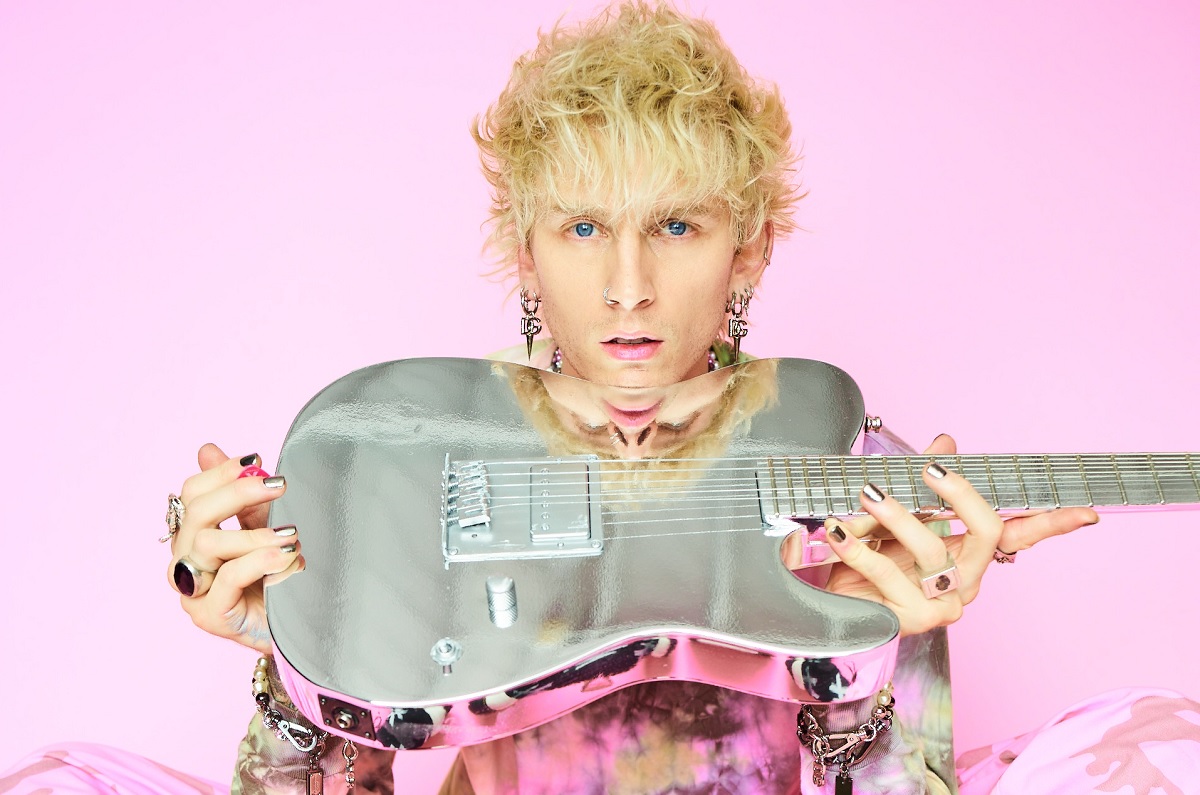 But when Blink-182 cashed in and became MTV darlings, their exposure in part inspired their own fans to seek out other examples of punk music. In the same way, what Machine Gun Kelly (and Barker) are doing with these pop-punk revival records could very well also be a bridge, introducing Kelly’s millions of young fans to a style of music they otherwise wouldn’t have explored.

Music is cyclical, and Machine Gun Kelly becoming the current king of the pop/punk revival is evidence. He’s clearly hit a nerve with his brand of Warped Tour-esque angst, infused as they are with Kelly’s repeated references to his own battles with drugs, anxiety and mental health.

So enjoy it — or don’t. Your support, or disdain, will add fuel to the fire either way.

Here are the dates for his big arena tour, with several of Mainstream Sellout‘s special guests (including Blackbear, WILLOW and iann dior) providing support: 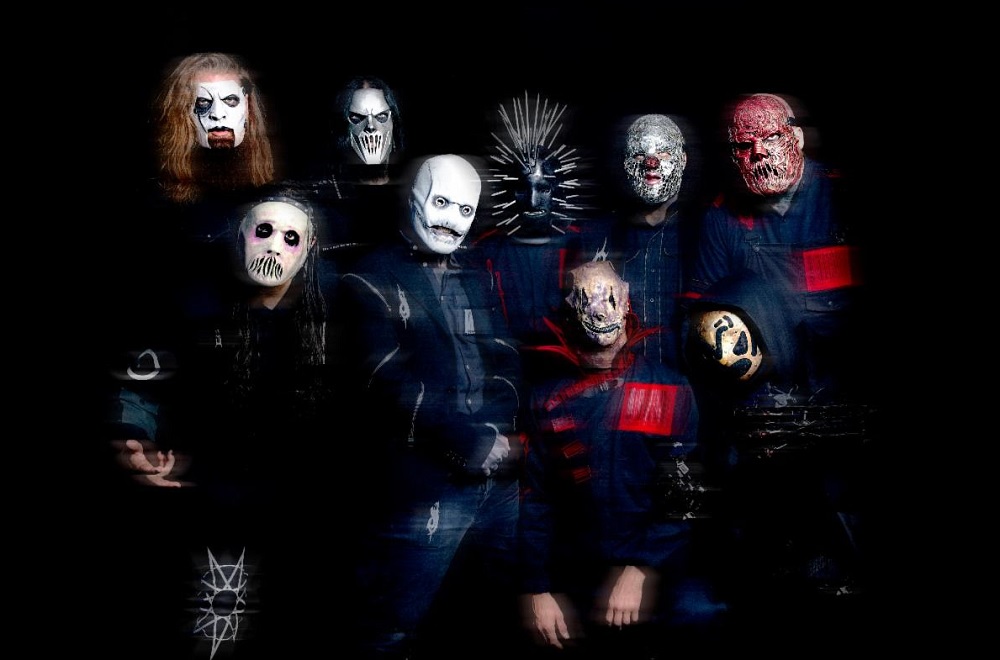 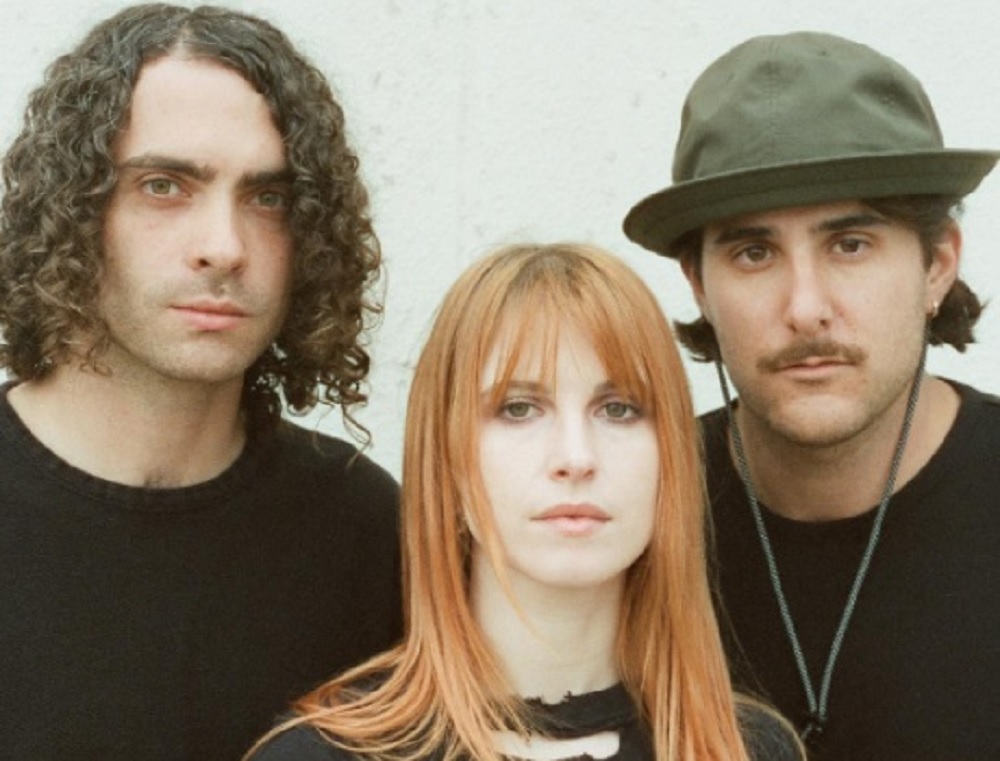 Hayley Williams Revives Paramore, Plots 12-Show Tour This Fall Around When We Were Young Festival