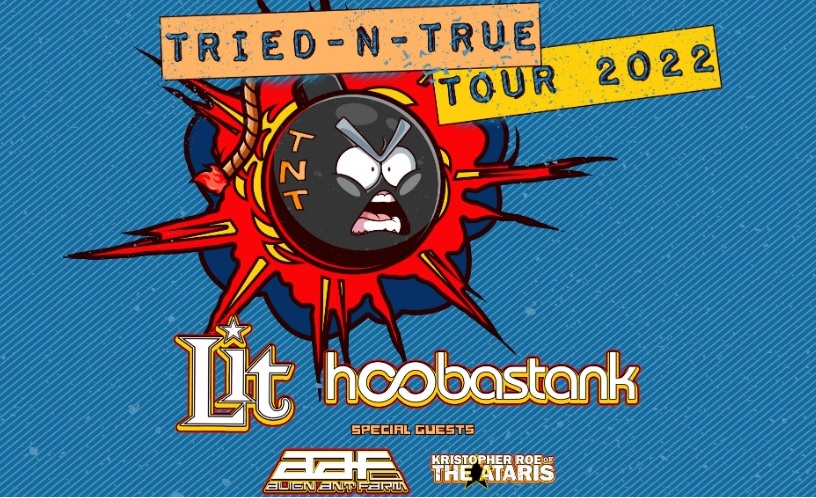 Hope you’re ready to rock like it’s the late 1990s/early 2000s. That’s the goal of the Tried-N-True tour, a co-headlining trek scheduled for this fall that will find multiplatinum Southern California rock bands Lit and Hoobastank joining up for a co-headlining adventure.

But they’re not doing so alone. Support for this tour will come from Alien Ant Farm and Kris Roe of The Ataris, the quartet of acts combining forces for a run-through of your iPod ‘Favorites’ playlist from the summer of 2003.

The tour is currently scheduled to start in mid-October, and while it doesn’t actually include any shows in California, there’s no doubt this one will be a fan favorite across the country where shows are on the schedule:

* Alien Ant Farm will not be on this date.
+ Only Hoobastank and Lit

All of these bands scored notable radio hits back in the day. Lit burst onto the scene in a big way with 1999’s A Place in the Sun, which featured the mega-hit “My Own Worst Enemy” — a track that endures today as a contemporary classic, a slice of pop/rock perfection unwilling to fall out of the public consciousness:

Ajay Popoff: “On a weekly basis, we hear some other crazy story about, “Oh, did you see that new viral video? The bride playing the drums at her wedding? It’s just so cool to always have something that is like this rocket that has all these little engines that fire up one after the other. It’s the song that just keeps on trucking.”

Lit also just released a new record, Tastes Like Gold, an energetic set of songs that harken back to that breakthrough late ’90s sound:

Hoobastank’s most recent album is 2018’s Push Pull. Over the years, the band has remained active on the touring scene, recently playing some shows commemorating the 20th anniversary of its 2001 self-titled debut, which was led by “Crawling in the Dark”:

The title track from 2003’s The Reason, meanwhile, peaked at No. 2 on the Billboard Hot 100 as a major crossover hit that ensured the band’s place in history:

As for Alien Ant Farm, the group’s latest record is 2015’s Always and Forever. The band also arrived in ’01 with its intriguing self-titled debut, featuring the single “Movies” but also, of course, a cover of Michael Jackson’s “Smooth Criminal” that put the band on the map:

As front man of The Ataris, Kris Roe has maintained a lengthy career with the band, releasing five albums between 1996 and 2007. The ’03 record, So Long, Astoria, was the most successful, thanks to “In This Diary” and a cover of Don Henley’s “Boys of Summer,” which stands as the group’s biggest chart success after peaking at No. 5 on the Billboard Hot 100:

All this to say: The Tried-N-True tour will be an engaging night of nostalgia and hits from four acts still very much putting in the work, decades removed from their commercial peak. Catch a show! 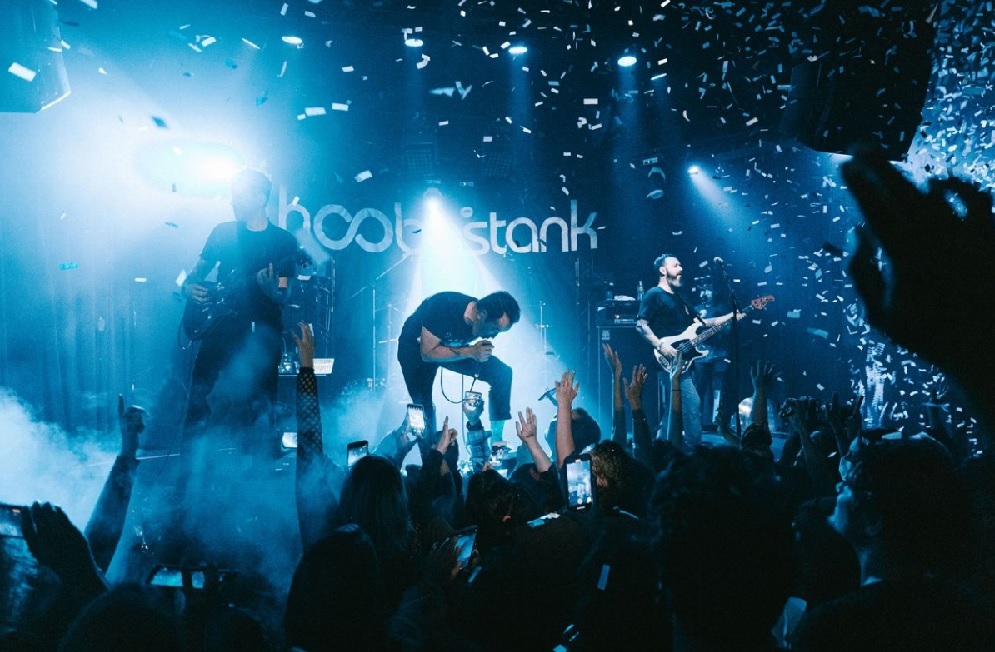