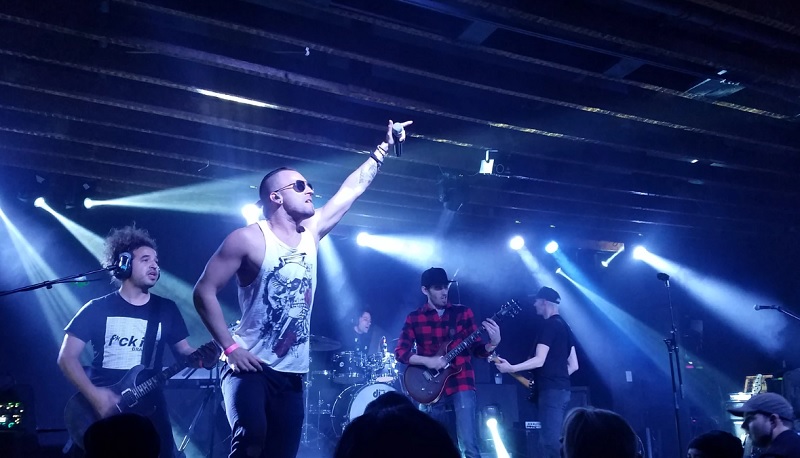 The ‘tribute act’ can take many forms, but at its core it generally serves as fan service, allowing like-minded musicians to gather and play the hits of another band or artist’s catalog at a noisy dive bar on a Friday night. They’re fun, but aren’t necessarily much more than that. Los Angeles-based Linkin Park tribute act In the End, however, is much more than that.

Billing itself a “The Premier Linkin Park Experience,” the group pays homage to one of the most successful rock/metal bands of the past twenty years and has for a few months now.

Of course, the circumstances of being a Linkin Park tribute act in 2019 are especially sentimental, considering LP front man Chester Bennington abruptly died in July 2017, just months after the release of the band’s experimental new record, One More Light. His passing immediately ripped a hole in the rock and roll community and affected millions of fans from all over the world, and effectively ended the band — which wasn’t surprising, considering how undeniably captivating Bennington was as the group’s focal point alongside MC/multi-instrumentalist Mike Shinoda.

So what’s it like, then, being a tribute act paying homage to one of the most dynamic singers of the past few decades? We checked in with Chris Hodges, who fronts In the End and does his best to bring Bennington’s music and presence to life each night on stage.

Rock Cellar: How did the In the End project form? Was it a reaction to Chester’s passing?

Chris Hodges: We’re actually all session musicians, we’re professional sessions musicians. We’ve been doing that for about fifteen years, so we’ve played with each other for about ten of those years. About three or four months after Chester’s passing … he was one of my biggest influences growing up. That’s kind of who I sound like, who I mimic onstage. I shot a message to my bass player, Andrew, like “do you think this would be a stupid idea? This is going to be something that people are missing, they’re needing closure, an experience.” Within five minutes he texts me back, like, “Dude, I’ve got all the Instagram handles, Twitter handles, all that. Let’s do this thing,” and that’s basically how we did it.

We played our first show at the Viper Room, didn’t advertise it, had about 75 people come out, and the rest is history.

Rock Cellar: I saw one of the Viper Room gigs and from the perspective of somebody who was 15 when Hybrid Theory came out in 2000 and was a big part of my life at the time, you could see the reactions of the other people who were at the show. Other than Mike Shinoda, who’s gone out on his solo album and tour stuff, the other remaining Linkin Park guys haven’t done much in the public eye since their tribute show to Chester at the Hollywood Bowl. Hearing those songs performed live by a band on a stage for the first time in a while, it’s pretty dramatic.

Have you, as the band members playing the songs, felt that as well?

Chris Hodges: Yeah, man. In the process of putting the band together, I met with a friend of mine who’s pretty big in the industry. He actually managed Linkin Park back before they were called Linkin Park. My friend named Barry Squire. I met with him for coffee in Sherman Oaks, I sat down with him and he goes, “Yeah, this could do really well or it could be hypocrisy. It’s one or the other. You have to be on your shit.”

So I actually rehearsed these songs and the tonalities, what Chester used to do, I rehearsed it for almost eight months before we even tried to play live. This is something that goes way beyond any type of tribute band, this is an experience that people want and need for healing, for that closure, and I take that responsibility very seriously.

Major kudos to the guys in @intheendtribute for turning a “tribute act” into a heartfelt celebration of #ChesterBennington and #LinkinPark, even playing some songs as LP for Chester’s final shows. #MakeChesterProud

Yes, every single show that we do, it’s crazy because I have at least 10-20 people coming up to me crying, saying, “I never thought I’d hear that again,” you know? So I take it really seriously.

Rock Cellar: And that’s a different element from what you usually see with tribute acts. Maybe that has a lot to do with the fact that this still feels so fresh, but most tribute acts, you go to the show and there’s a novelty aspect to it. But for something like this, for a band that was so big and had something like this happen so abruptly and suddenly, affecting millions of fans around the world, it feels different.

Chris Hodges: I totally agree. A lot of bands have their final farewell tours … Elton John is doing his right now in Los Angeles, for example, the type of tours where you get to say your big elaborate goodbye.

But with Chester and Linkin Park, nobody was able to say goodbye. It’s a heavy, heavy weight on my shoulders but I welcome it for sure.

Rock Cellar: Did anybody in In the End go to the tribute show for Chester at the Hollywood Bowl?

Chris Hodges: Our guitarist, Yohai, went. He was there, he experienced it, so it was pretty powerful.

Rock Cellar: Are there any specific songs in the LP catalog that you find especially tough to pull off, maybe because Chester’s voice was so dynamic?

Man. It’s such a powerful song, and it kind of feels like Chester’s goodbye, in a sense.

Rock Cellar: That’s the thing, the album One More Light took on such a different feel and tone in the wake of what happened in a way that most people probably didn’t expect.

Chris Hodges: I agree, you can hear it was almost like a goodbye – I don’t know if he meant it like that, but it sure reads like that after the fact.

Rock Cellar: In the End has a special show coming up at the Roxy in Hollywood on March 11.

Chris Hodges: Yeah, so our manager got in touch with the Roxy because they wanted to do something special for Chester’s birthday on March 20 – that’s where 320 Changes Direction, the foundation started by Chester’s wife, Talinda, comes from – they reached out, we were available and we kind of put this together. I reached out to 320 Changes Direction just on the off chance they wanted to participate in what we’re doing, and they did. They responded, and it’s 320 Changes Direction’s partner company, parent company, ChangeDirection.org. They got a hold of us, they loved what was happening. As soon as they were involved, then KROQ got involved, so it kind of turned into this huge celebration.

We’ll have a lot of signed memorabilia that we’re going to be raffling off, giving 100 percent of those proceeds to Change Direction. If anyone knows about the five signs that Change direction talks about, the signs to recognize mental health issues, we’re going to be promoting that and making sure everybody recognizes those.

Click here to buy tickets to the Roxy Theatre show on March 11.

For more, and to check out their upcoming live dates, visit the band’s website. 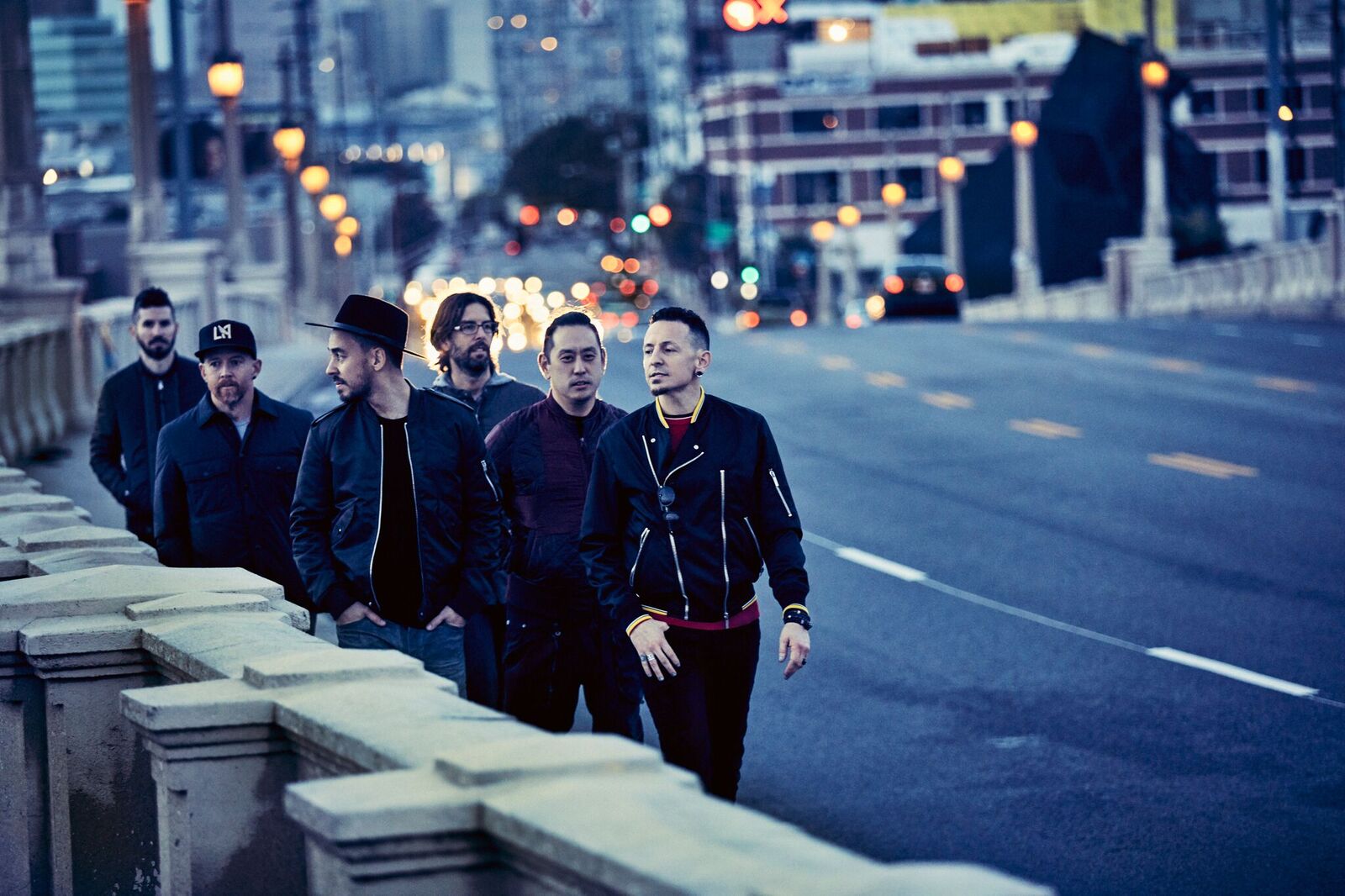 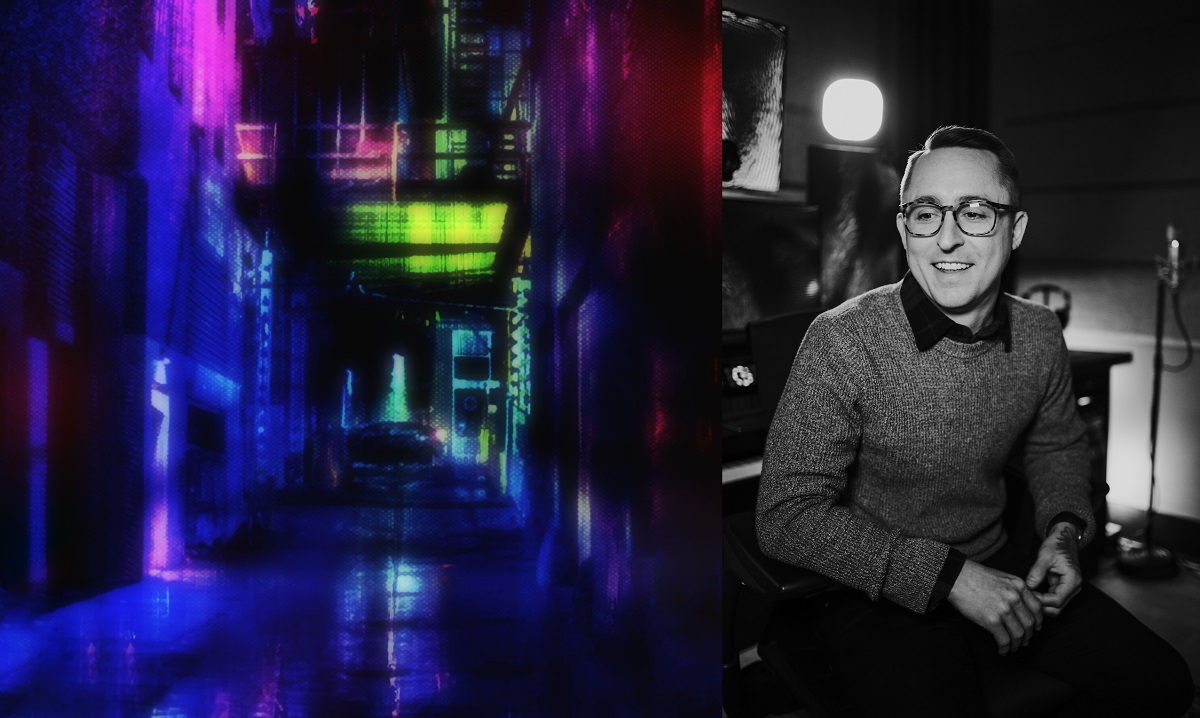