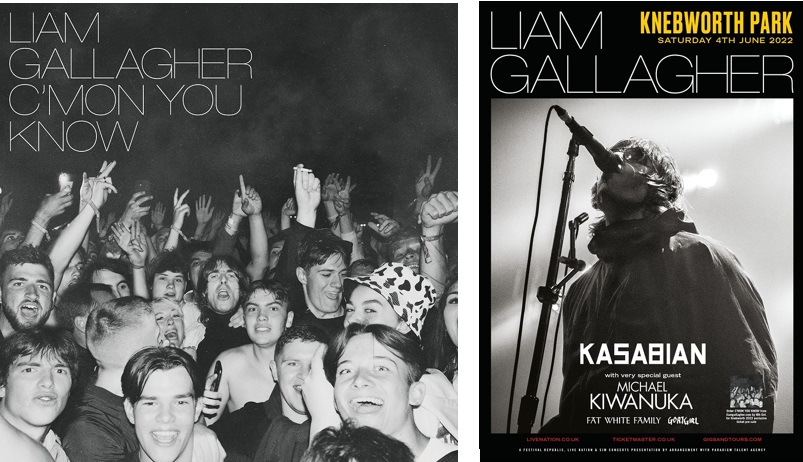 In a move that can only be seen as an example of pitch-perfect timing, Liam Gallagher (formerly of Oasis) will headline his own massive outdoor gig at Knebworth Park on June 4, 2022. This announcement was made on Friday, just a week or so after the excellent new Oasis Knebworth 1996 documentary was released in theaters around the world.

Because Liam has a penchant for dramatics, he also announced a new solo album, C’mon You Know, which will be released on May 27, 2022, just a few short weeks before the biggest headlining concert of his solo career. Of course, back in 1996, he and his brother, Noel Gallagher, took part in their band’s career-defining concerts at the legendary outdoor venue, performing to a combined audience of 250,000+ over two nights.

I'm absolutely buzzing to announce that on 4th June 2022 I'll be playing Knebworth. It's gonna be biblical. C'mon You Know. LG xhttps://t.co/ierDSzgJBF pic.twitter.com/GsNw9P8non

While Oasis continues to be broken up despite a near-constant churn of rumors and speculation, Liam has kept himself quite busy in recent years. This new record follows As You Were (2017) and Why Me? Why Not. (2019).

There’s a certain appeal to imagining this Liam Gallagher Knebworth gig becoming something more — like that long-awaited Oasis reunion — but it remains to be seen if that will ever happen. At the very least, expect this Liam Knebworth show to be a truly special occasion for all involved.