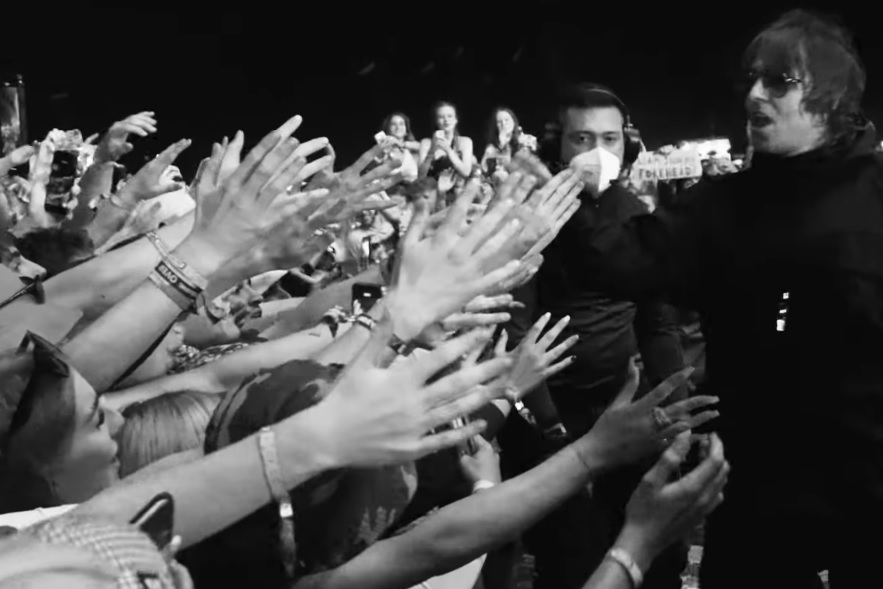 Liam Gallagher is a man of the people — and his new video for “Everything’s Electric” makes that crystal clear.

Featuring new live footage of the longtime Oasis vocalist and his band performing the track, interspersed with previous live footage in front of a throng of very excited fans (make note of how excited one guy gets when Liam hands him a tambourine), the video is … well, electric:

“Everything’s Electric” is our first preview of Gallagher’s upcoming third solo record, C’mon You Know, which will be released on May 27. The song was co-written by producer Greg Kurstin and Dave Grohl, who also provides drums on the track.

The song and its video preview exciting times ahead for Gallagher, who will also play a massive, sold-out gig at Knebworth in June. There’s little doubt the show will be epic, considering it already sold out.

One has to assume further tour dates are forthcoming, as well.