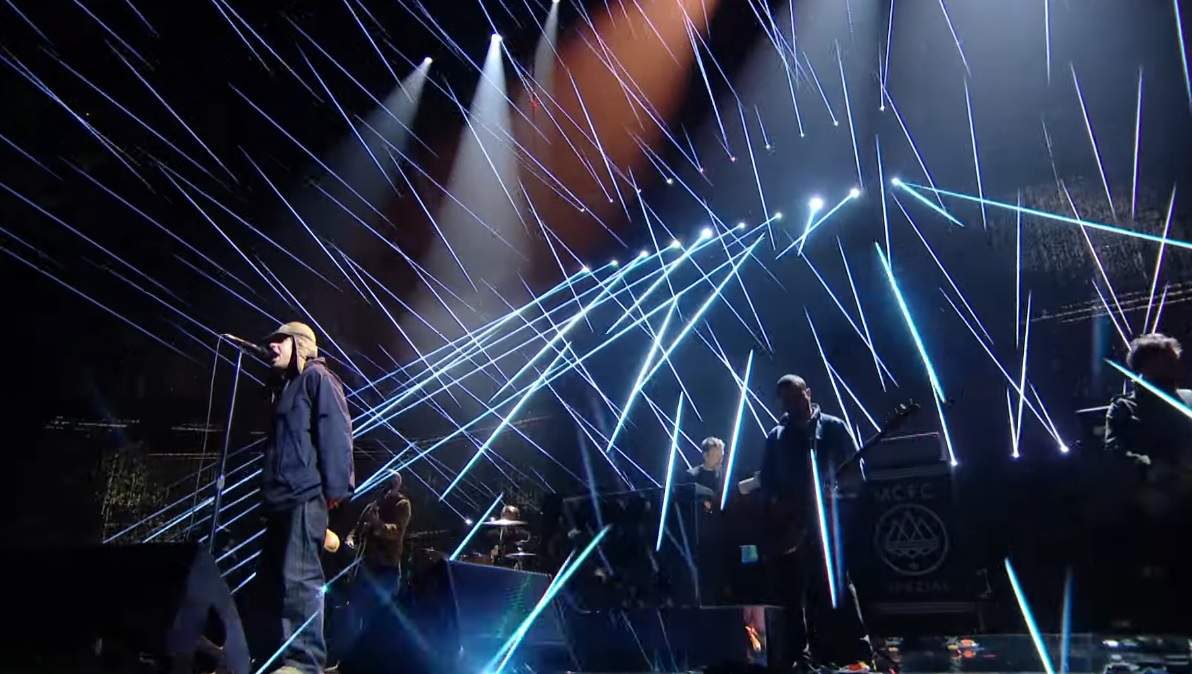 Last week, Liam Gallagher roared forward with “Everything’s Electric,” a new solo single from the longtime Oasis vocalist and Britpop icon. The track was co-written by Dave Grohl, who also plays drums on the song, and produced by Greg Kurstin.

It was shared as a preview of Gallagher’s upcoming third solo album, C’mon You Know, which will be released in May.

Riding the wave of momentum thrown his way since unleashing the song, the heavily dressed Gallagher took the stage at the Brit Awards on Tuesday night to give the song its live debut. In customarily dramatic fashion, Gallagher’s performance segment was stylized to portray him arriving at the arena by helicopter before joining his band mates on stage and delivering a rousing performance:

C’mon You Know will be released on May 27.

News of a new Liam Gallagher solo record came as he also detailed plans for his own massive solo concert at Knebworth scheduled for next June. Tthere’s little doubt the show will be epic considering it already sold out.

Big things are coming from ol’ Liam, so stay tuned.