Lamont Dozier, the singer/songwriter/producer known for decades of notable works in the Motown world and beyond, has passed away at the age of 81.

The news was confirmed by his son, Lamont Dozier Jr., on social media late Monday:

Said Berry Gordy in a statement:

We’ve lost a member of one of the great songwriting and producing teams of our time – Lamont Dozier, of the iconic team of Holland-Dozier-Holland.

HDH, as we called them, gave the Supremes not only their first No. 1 record “Where Did Our Love Go,” but they followed that with multiple Numbers Ones over the next 3 years. Unheard of. They propelled the Supremes into super stardom and also worked their magic with artists like the Four Tops, Marvin Gaye and Martha and the Vandellas. In the 1960s their sound became synonymous with the “Motown Sound.“

Lamont was a brilliant arranger and producer who balanced the talents of the great Eddie and Brian Holland, helping to pull it all together.

Lamont was a good friend and will be missed by the entire Motown Family. My sincere condolences to his family and friends. 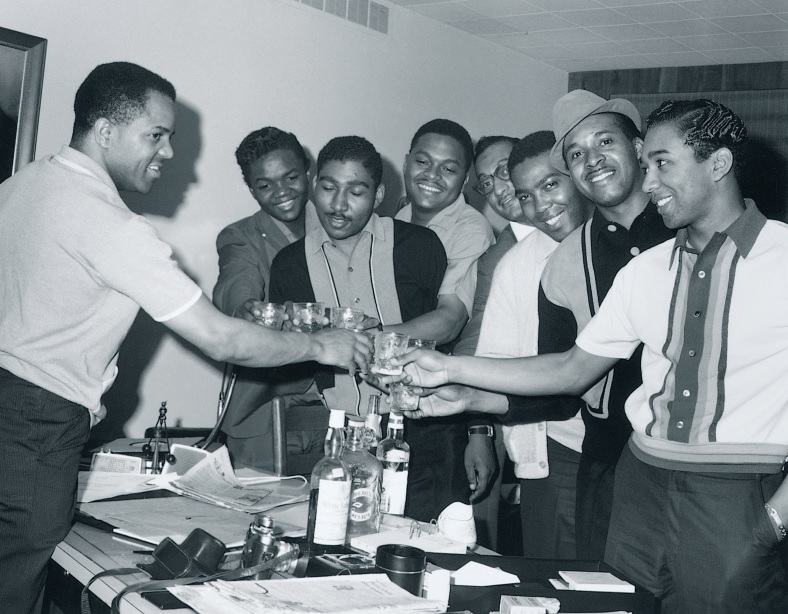 Added Turkessa Babich, daughter of the late Mary Wilson of the Supremes:

As the daughter of Mary Wilson, one of the original co-founders of the Supremes, Lamont Dozier was not only one of mom’s dearest friends but considered him family. I can remember mom jokingly telling us about how he tried to convince her that he wrote ’Where Did Our Love Go’ especially for them, but mom knew that another group had already passed on it, and told him so. She recalled that she didn’t really care for it at first, because she felt they were too young for that kind of song, but it eventually grew on her. I guess it grew on the world as well since it became their first #1 hit. Lamont along with the Holland brothers affectionally known as HDH, were the reason why the ‘No Hit Supremes‘ became the world’s #1 female recording group of all time with 12 #1 hits, 5 of them consecutive. Prayers, love and support to the Dozier family, the Motown family, friends and fans. We will always have his beautiful music and memories.

Lamont Dozier was a key member of the songwriting team Holland-Dozier-Holland, the musical team he formed with Brian and Eddie Holland. Together, the trio would forge an indelible reputation in the Motown scene, ultimately being responsible for singles for acts including the Four Seasons, the Supremes and beyond, including writing 10 of the Supremes’ 12 No. 1 singles in the United States. The songwriting team also penned “How Sweet It Is (To Be Loved By You),” first a major hit for Marvin Gaye in 1964:

The list of hit songs Dozier was credited for writing is simply astounding — click here for more on that.

Here’s a recent interview with Dozier in which he discusses his songwriting process and more:

Separately from his Holland-Dozier-Holland partnership, Dozier co-wrote and produced 14 Billboard No. 1 hits, expanding beyond Motown to score chart success in the 1980s with Phil Collins (1988’s “Two Hearts,” from the soundtrack to the film Buster).

In addition to hitting No. 1 in the U.S., Canada and Japan, the song charted in 19 countries:

Alison Moyet also notched a hit in 1984 with the Dozier-penned “Invisible,” which peaked at No. 4 on the U.S. charts:

A bit more about Dozier’s legacy, per the Songwriters Hall of Fame:

Reflecting on the 60’s Motown collaboration with the Holland’s, Dozier says that he and the Hollands had no idea in the ’60s what impact their songs were having on America, they were too busy cranking them out. “We were just kids, banging this stuff out,” he says. “We had no idea these songs would be around one day to the next, much less 35 to 40 years later. That’s why I’ve chosen now to reflect on those times.”

Dozier is the first of the Holland-Dozier-Holland songwriting team to pass away. His was an influence that cannot be understated.

May Lamont Dozier rest in peace, and may his influence in music continue to be felt forever.

Dozier’s son, Lamont Dozier Jr., continues to follow in his father’s footsteps, forging his own music career with a series of recent singles — including “Why Can’t We Be Lovers,” a new rendition of a song his father first released in 1972:

“I’m Gonna Take My Time” is another recording from Lamont Dozier Jr., an original composition that was paired with “Why Can’t We Be Lovers” as a 2020 release: