Home / The Vibes Are Strong with “Like Exploding Stones,” a New Song/Video from Kurt Vile (New LP 4/15)

The Vibes Are Strong with “Like Exploding Stones,” a New Song/Video from Kurt Vile (New LP 4/15) 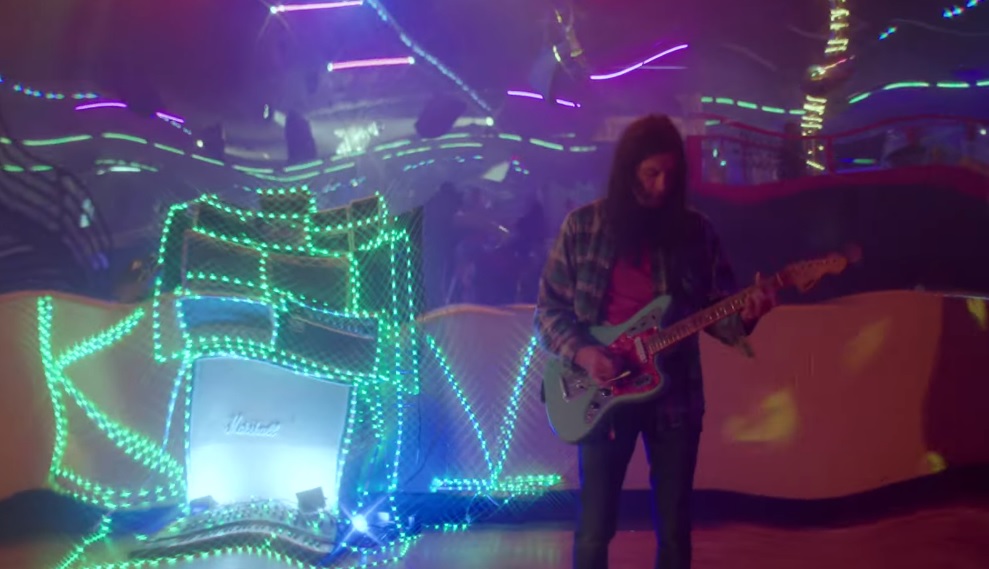 Kurt Vile has cultivated a strong presence and dedicated audience over the past few years with his brand of psychedelic, fuzzed-out guitar-based indie/rock — and on April 15, Vile will return with a new record titled (watch my moves).

Announced on Tuesday, the news came with the premiere of a video for “Like Exploding Stones,” a serotonin burst of laid-back vibes with a video that matches the tone:

Some context on the new record, which will be Vile’s ninth solo record to date and the first since 2018:

Recorded mainly at OKV Central—Vile’s newly created home studio in the Mount Airy neighborhood of Philadelphia—(watch my moves) was self-produced along with help from longtime collaborator Rob Schnapf (Richard Thompson, Elliott Smith). “When Waylon Jennings became an outlaw country artist, he liked to record at Hillbilly Central, which was Tompall Glaser’s studio,” Vile shares. “OKV Central is my version of that in Mount Airy. I’ve come into my own here, and at the same time I’m getting back to my home-recording roots.” In addition to Schnapf, Vile’s longtime band, The Violators, and James Stewart, the album features special guests Chastity Belt, Cate Le Bon and percussionists Stella Mozgawa (Warpaint, Courtney Barnett) and Sarah Jones (Hot Chip, Harry Styles).

Across the album’s 15 songs—which includes 14 originals as well as a version of Bruce Springsteen’s “Wages of Sin”—Vile pulls his talents in unexpected directions. The result is a vibrant, yet meditative album propelled by his trademark laid-back charm and curious spirit. Every lyric has been chiseled down into an aphorism, every bloom of distorted guitar or murmuring synth helping create that “fried” pop. “It’s about songwriting. It’s about lyrics. It’s about being the master of all domains in the music,” he says. “I’m always thinking about catchy music, even though it’s fried, or sizzled, out. It’s my own version of a classic thing—it’s moving forward and backward at the same time.”