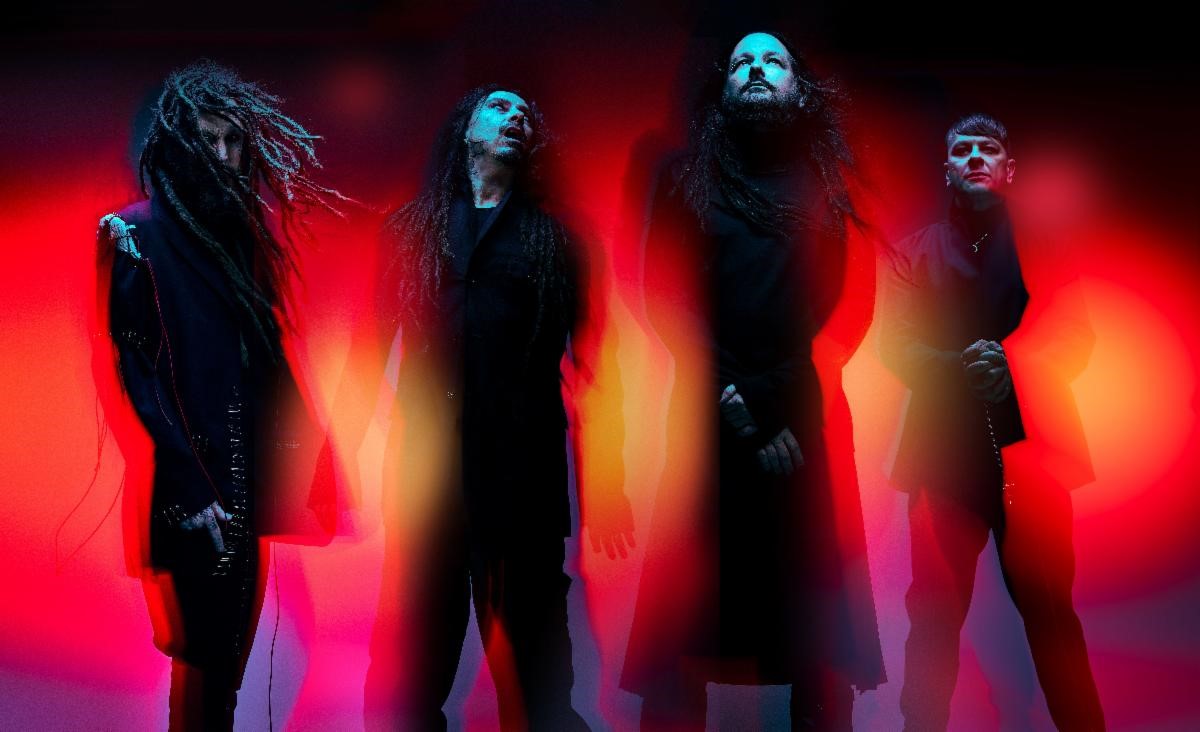 The years keep flying by, but Korn just keeps on pumping out albums — and the band’s latest, Requiem, may very well be among its strongest.

The 14th (!) album by the Jonathan Davis-fronted hard-rock band, Requiem features nine songs that fly by in just over 32 minutes. Despite its abbreviated length, Requiem packs quite a punch, both in the level of heaviness on display and the record’s thematic weight.

2019’s The Nothing was a record built on despair and grief, an exercise in seeking solace and healing amid the darkness. Davis was mourning the deaths of both his wife and mother, and he channeled his feelings into one of the band’s most crushing artistic statements.

Moving forward is once again on the agenda for Requiem, which was first previewed with “Start the Healing”:

Korn actually staged a hybrid concert/mass at a church in Los Angeles on the eve of the album’s release. Beginning with a call to pay respects to those we’ve lost, a church orchestra performed before teaming up with Korn for some acoustic songs from the band’s back catalog, before a handful of selections from the new record were performed for the first time.

The new material was well suited for such a presentation, and it added to the impact of Requiem upon first listen.

Korn has long exhibited a knack for blending melodic hooks with brutally heavy songs with pained vocals, and that formula is revisited on much of Requiem.

It all works exceedingly well, wrapping up with “Worst is On Its Way,” which Davis caps with a little of that “scatting” vocal flourish that he busted out in the band’s breakout hit “Freak on a Leash” a few decades back. It’s a musical exclamation of the most dramatic fashion, a resolute display of the singular confidence Korn has well into its career.

Requiem is a powerful, resonant listen, further proving Korn’s vitality and relevance as a band approaching the 30th anniversary of its formation in 1993.

Korn will also participate in a few more shows with System of a Down, Helmet and Russian Circles in addition to a headlining tour featuring special guests Chevelle and Code Orange.