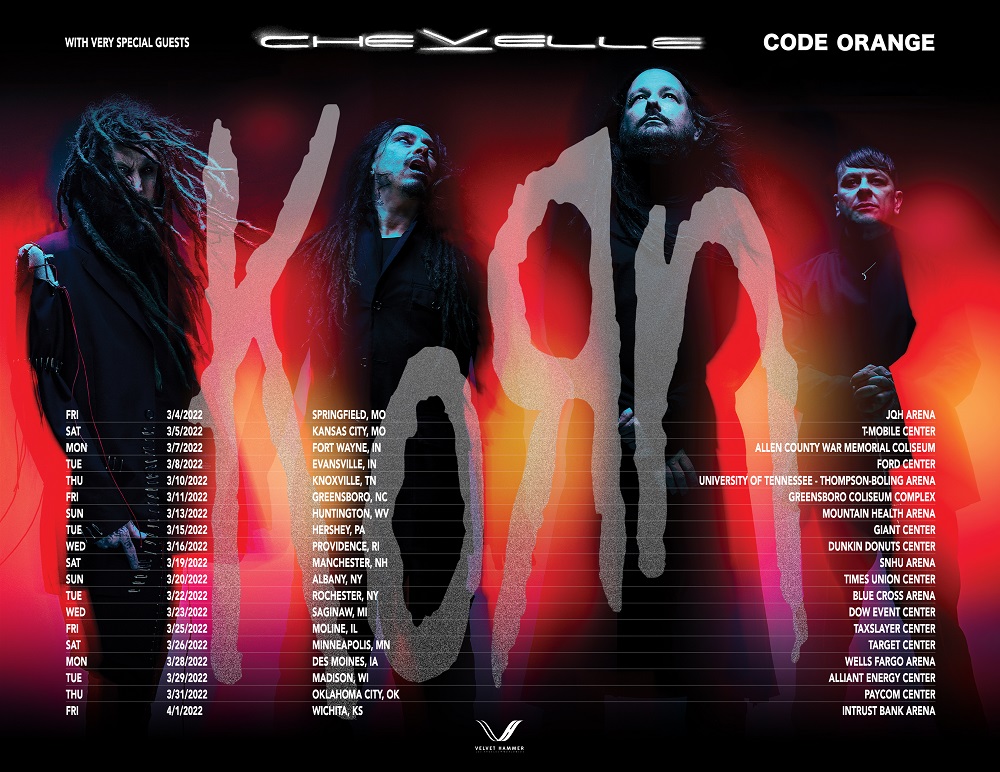 Hard rock veterans Korn will head out on the road in March 2022 for a run of headlining tour dates, the band reveled on Tuesday.

The outing will come shortly after the Feb. 4 release of Requiem, a new album that marks the 14th in the group’s career.

Calling all U.S. Freaks ♾ We’re heading out on tour in March with special guests @ChevelleInc and @codeorangetoth. General on-sale is this Friday at 9AM local time. RSVP at https://t.co/DtkjyrMmlj.

The record was announced a few weeks back and came with the premiere of “Start the Healing,” a particularly powerful song from the group with strong tones of catharsis throughout:

Korn will also participate in four shows with System of a Down, Helmet and Russian Circles in addition to the headlining tour dates which feature special guests Chevelle and Code Orange.