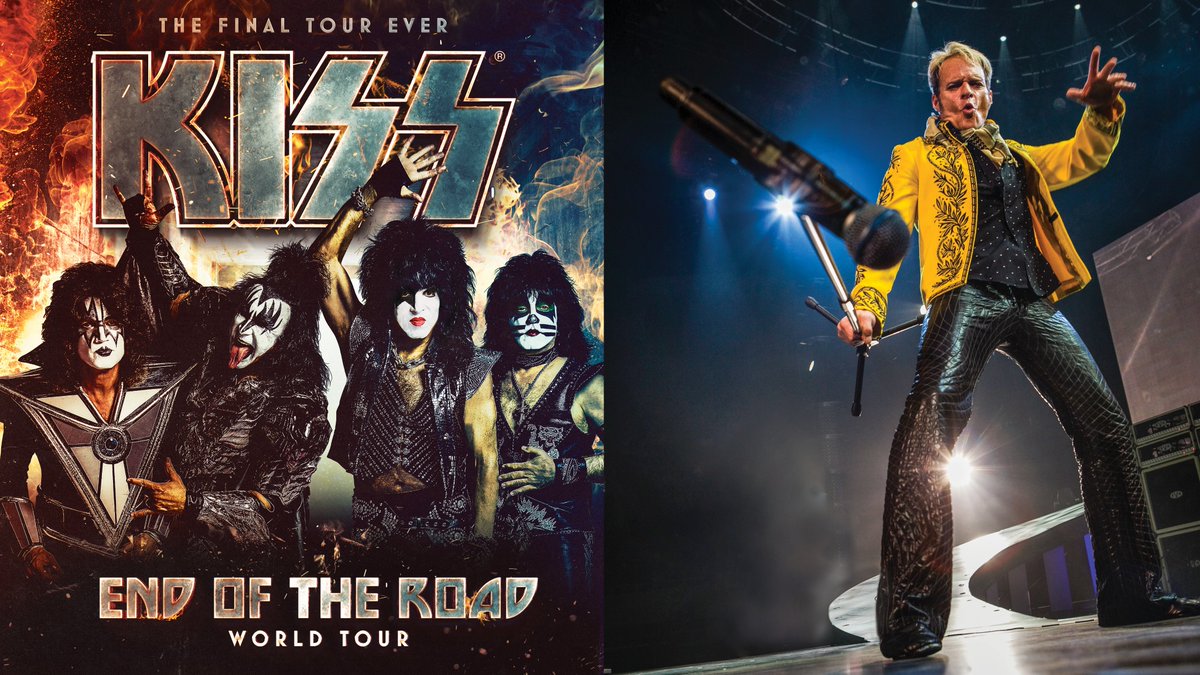 KISS has a lengthy farewell plan in the form of its End of the Road tour, carrying Gene Simmons, Paul Stanley and the Hottest Band in the Land around the globe into 2021, when the band will hang up its platform boots and flashy outfits for good, at least as a touring entity. They’ll do so with the help of special guest David Lee Roth, it was announced on Tuesday.

Diamond Dave, who has his own Las Vegas residency coming up in the spring, has been added to the final leg of the End of the Road tour, and will presumably play Van Halen classics as well as material from his solo career.

As for the future of Van Halen, that remains murky at best. Roth was recently on a radio interview when this transpired:

When the topic of Van Halen’s purported stadium tour that was potentially suggested for this past summer, Roth says, “That’s been canceled a number of times,” adding, “And I think Van Halen’s finished,” citing his solo Vegas residency as the next phase of the iconic rock band, which last toured together in 2015.

Roth also added, “Van Halen isn’t gonna be coming back in the fashion that you know. And that being said, Eddie’s got his own story to tell. [It’s} not mine to tell it.”

The tour’s very final show will be a special hometown gig in New York City at a currently undisclosed venue on July 21, 2021.