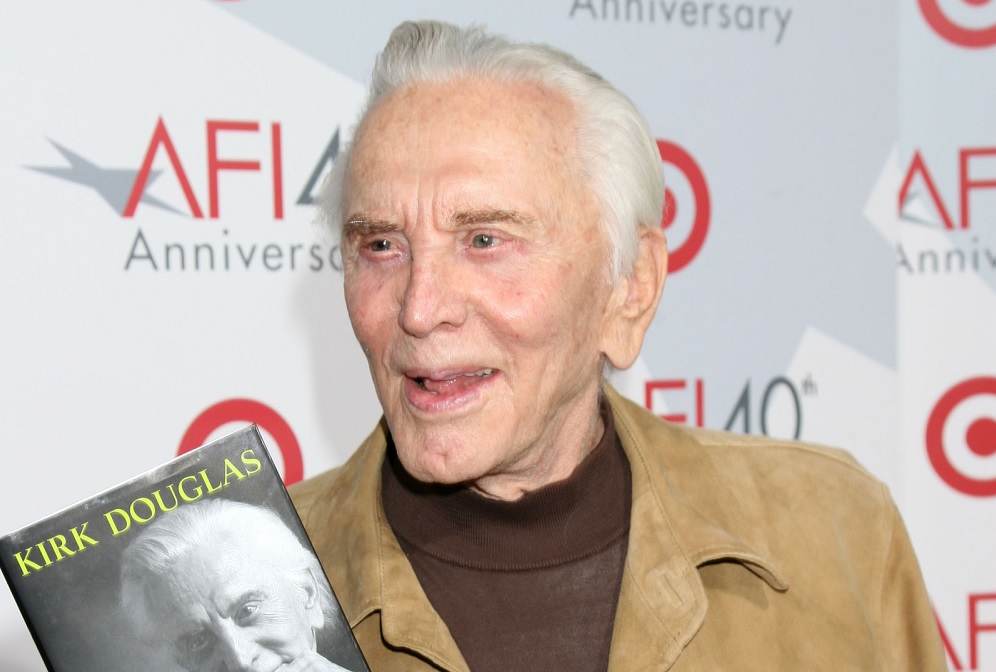 Kirk Douglas, one of the most enduring icons in Hollywood history, has passed away at the age of 103.

The news hit the internet on Wednesday, with People printing an official statement from Douglas family, through his son, Michael Douglas:

“It is with tremendous sadness that my brothers and I announce that Kirk Douglas left us today at the age of 103,” Michael said in a statement obtained by PEOPLE. “To the world, he was a legend, an actor from the golden age of movies who lived well into his golden years, a humanitarian whose commitment to justice and the causes he believed in set a standard for all of us to aspire to.”

The actor continued, “But to me and my brothers Joel and Peter he was simply Dad, to Catherine, a wonderful father-in-law, to his grandchildren and great grandchild their loving grandfather, and to his wife Anne, a wonderful husband.”

“Kirk’s life was well lived, and he leaves a legacy in film that will endure for generations to come, and a history as a renowned philanthropist who worked to aid the public and bring peace to the planet,” Michael added. “Let me end with the words I told him on his last birthday and which will always remain true. Dad- I love you so much and I am so proud to be your son.”

That message was also shared on Michael Douglas’ Instagram page:

Kirk Douglas suffered a stroke in 1996, five years after narrowly avoiding a fatal helicopter crash, and in the years since had remained in “good health,” according to People.

The Hollywood Reporter has an extensive remembrance piece of Douglas up on its website — click here to read that.

“I wanted to be an actor ever since I was a kid in the second grade. I did a play, and my mother made a black apron, and I played a shoemaker. After the performance, [my father] gave me my first Oscar: an ice cream cone.” -Kirk Douglas

Goodbye to a Hollywood legend. pic.twitter.com/vnu1Hkb2FA

In his acting career, Douglas earned a Lifetime Achievement Award from the Academy, three Oscar nominations, and near-universal acclaim for his acting throughout the years, mostly in the 1950s and 60s but also well into his later years, with his final on-screen film performance in 2004’s Illusions.