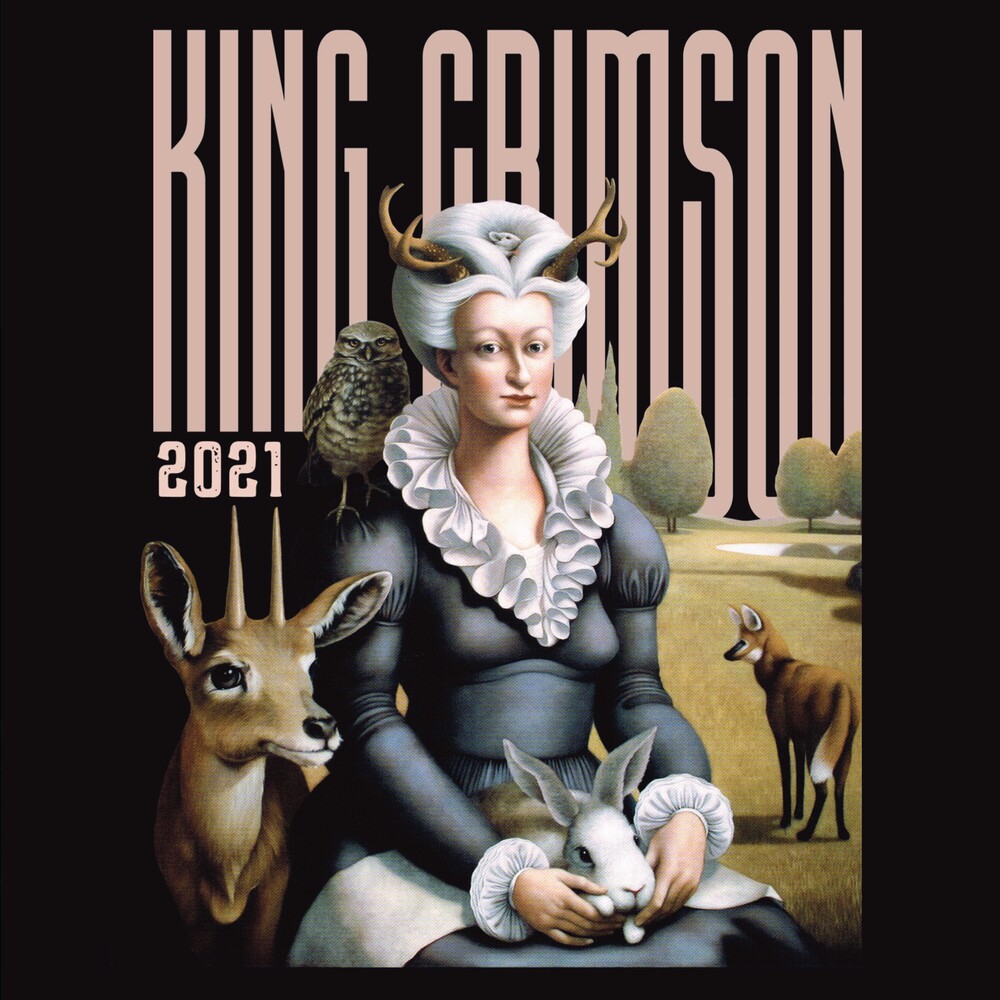 Beginning in late July, Robert Fripp and his legendary prog-rock ensemble King Crimson hit the road for a rescheduled and pandemic-delayed tour of North America — and on Nov. 19, the Music Is Our Friend: Live in Washington, D.C. album will be released capturing a pair of performances, one from D.C. and additional selections from a show in Albany.

Billed as an ‘official bootleg,’ here are additional details regarding this release:

Named for the tour from which the performances were taken, Music Is Our Friend is an official bootleg featuring King Crimson’s final North American appearance in Washington, DC in September, 2021. This 2 CD set is completed with four pieces taken from the first concert of the tour’s 2nd leg in Albany. The DC performance highlights a band in ferocious form, with a powerful, energetic set with some arrangements reworked and differing from previous tours. Featuring a restored middle section of Larks’ Tongues In Aspic Part One that had not been played since 1973, substantial keyboard arrangements, Tony Levin on upright bass during Neurotica, giving the piece extra swing, there’s an emotional set closer, Starless, and and immensely powerful 21st Century Schizoid Man as an encore.

And even more details, as well as the 2-CD track listing:

In contrast to the Washington DC show, the four performances from the ‘Friends and Family’ concert in late August 2021 at The Egg in Albany, opening show of the second leg of the tour, and the same venue where the current band played its first US gig in 2014, have a more intimate feel. As befits a small venue/invited audience, the sound and pacing provide an opportunity to hear a run of material not played in Washington due to time constraints.

Bringing the second disc with a poignant performance of ‘Islands’ – perhaps the best recording of this song by this band, David Singleton, who also prepared all the audio for this release, thought it one of the best sets the band played on this or previous tours.

CD One
1. Introductory Soundscape
2. The Hell Hounds Of Krim
3. Larks’ Tongues In Aspic Part I
4. Pictures Of A City
5. The Court Of The Crimson King
6. Red
7. Tony Cadenza Deals It Slitheryacious-To-The-Max
8. Neurotica
9. One More Red Nightmare
10. Indiscipline