Toward the end of 2018, King Crimson announced plans for a big commemorative 50th anniversary tour that would span three continents — and the legendary prog ensemble announced its full slate of dates recently.

Specifically, King Crimson will play 50 shows in 2019 as part of its 50th anniversary. The full schedule:

More, via the press release:

The band’s packed three-hour shows regularly include material from twelve of their thirteen studio albums, including many of the songs from their seminal 1969 album In The Court of the Crimson King, described by Pete Townshend, as an “uncanny masterpiece”. The new 8-piece line-up plays many historic pieces which Crimson have never played live, as well as new arrangements of Crimson classics – “the music is new whenever it was written”. There are also new instrumentals and songs, as well as the compositions by the three drummers, Pat Mastelotto, Gavin Harrison and Jeremy Stacey, which are a regular highlight. A unique show, where eight of the best musicians in the world play music without distraction or adornment.

TONY LEVIN has been a member of King Crimson since 1981.  Internationally renowned and constantly in-demand for his distinctive bass work, he also tours with Peter Gabriel with whom he has worked since 1977. He has appeared on albums by Paul Simon, John Lennon, David Bowie and countless others and recently formed his own band, Stick Men alongside Crimson drummer, Pat Mastelotto. 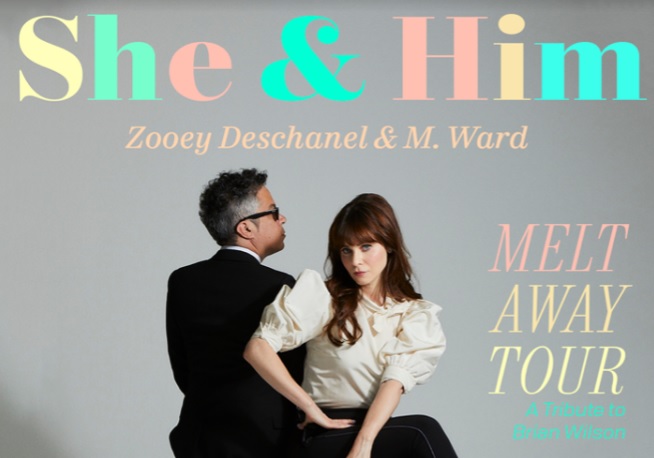 She & Him Announce Summer ‘Melt Away Tour: A Tribute To Brian Wilson’ Tour