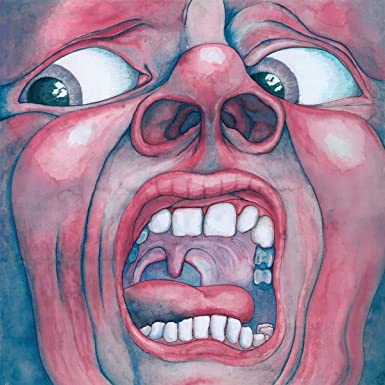 In October, legendary prog-rock ensemble King Crimson will release a special 50th anniversary edition of In the Court of the Crimson King, the band’s 1969 album that holds a special place in the history of music — frankly, it’s one of the most important records ever made.

The announcement comes as the band, fronted as ever by the visionary (and at times, challenging) band leader Robert Fripp, is out on a 50th anniversary tour,. Most of its catalog of music is now available on digital platforms, as well, as the 50th anniversary festivities were bountiful.

As for this reissue, it’ll be pretty fancy:

Blu-Ray: First time on Blu-Ray for this iconic album with all new mixes in stereo & 5.1, original album mixes and a multitude of extras all in Hi-Resolution.

More details from the news release, which are sure to please dedicated fans:

All material on this set will also feature on the forthcoming “Complete 1969 Sessions” – the eighth boxed set in the series documenting King Crimson’s studio & live recordings from 1969 onwards.

The Alternate album appears, quite deliberately, in slightly different track-listings on the Blu-Ray & CD (& on the accompanying double vinyl set). The aim on the Blu-Ray was to provide a fully sequenced listen that closely resembled the original album running order. This was extended on the CD, gathering many of the new mixes on one disc & revised again to make for a satisfying listen on vinyl.

In common with all other King Crimson studio albums in the format, the 5.1 mixes are being made available in this affordable set rather than being held over exclusively for larger expensive boxed sets, a practice that limits the availability of the music in multichannel audio to the detriment of artists and fans alike.

Pre-orders for the set are up now at King Crimson’s official site.