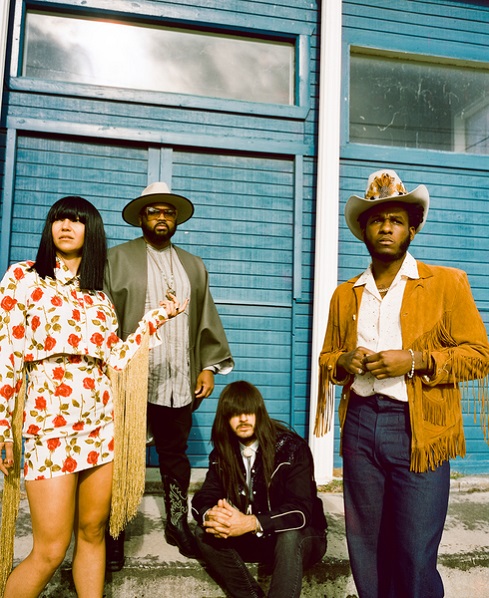 On Feb. 18, worldly Houston-based three-piece Khruangbin will release a new EP titled Texas Moon, a collaborative project with Leon Bridges (who also hails from Texas, Ft. Worth to be specific). It’s the second EP from the two acts, following 2020’s Texas Sun.

The project was announced a few weeks back, and comes with a good amount of anticipation, given both artists’ reputations in the indie/rock scene. Per the EP’s official description:

While the five new songs are clearly a continuation of the first EP, they also have an identity all their own—Bridges calls it “more introspective,” while Khruangbin bassist Laura Lee says it “feels more night time.”

Below, listen to “Chocolate Hills,” a delicate new song that debuted on Thursday:

“As far as an essentially instrumental band, these guys are kind of the top for me,” said Bridges regarding his continued teaming up with Khruangbin. “I’m honored to have been the first singer that they’ve incorporated in their music.” “It feels really special to me,” says Lee. “It’s not Khruangbin, it’s not Leon, it’s this world we created together.”