For Whom the Bell Tolls: Filmmakers Ken Burns & Lynn Novick, Co-Directors of ‘Hemingway,’ On Charitable Giving 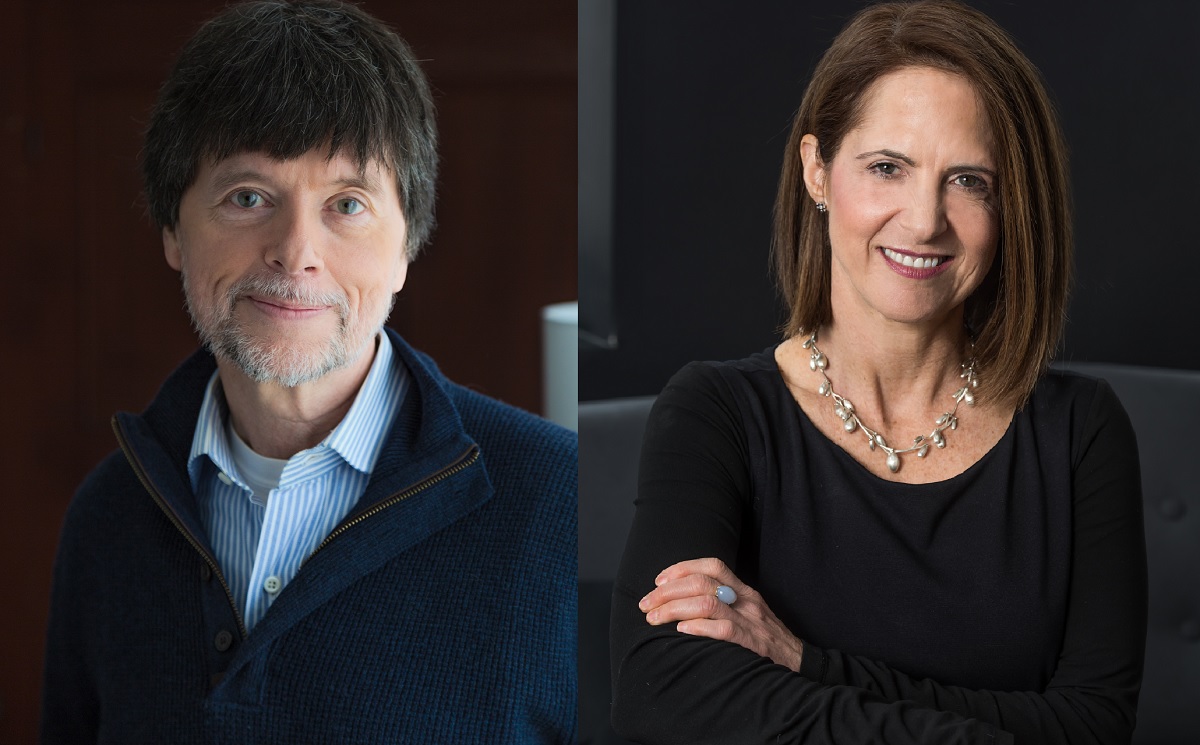 “To those who have been given much, much is expected.”

In our celebrity-worshipping society, some public figures who have attained fame, wealth and power use their privileged position for personal advantage. An example of this abuse of star stature are those celebs who traded on their influence to improperly arrange for admission of their children to universities via the “Varsity Blues” college admissions bribery scandal.

On the other hand, many prominent public-spirited people altruistically use their renown and success to endow and support charities, nonprofits, foundations and other philanthropic pursuits to benefit their fellow humans and our planet. Rock Cellar Magazine launches this new series about notable benefactors with a look at television’s most famous documentarian, Ken Burns, and his co-director Lynn Novick, who exemplify the generosity of high-profile individuals who put their time and money where their mouths are to support worthwhile endeavors. Interestingly, their contributions tend to mirror the creative work they pour their passions into.

KEN BURNS has been nominated for two Oscars (for the 1980s series Brooklyn Bridge and The Statue of Liberty) and won four Emmy Awards, while being nommed for eight more of the Television Academy’s highest accolade. Among those documentaries Burns was recognized for are two Primetime Emmys for 1990’s The Civil War, two Emmy nominations for 2001’s Jazz and another for Outstanding Directing for Nonfiction Programming, shared with co-director Novick, for an episode of their 2007 seven-part WWII series, The War.

In early April, television’s dynamic duo returns to the airwaves with the three-part, six-hour documentary Hemingway, about great American author Ernest Hemingway. This stellar series about the life, loves and literature by Pulitzer Prize winner Ernest Hemingway, who died 60 years ago this year, is must-see TV at its best. Actors including Jeff Daniels voicing the title subject plus Meryl Streep, Patricia Clarkson, Keri Russell, and Mary Louise Parker giving voice to Hemingway’s four wives, plus narration by Peter Coyote, makes for absorbing viewing. With its vivid characters and action-packed saga, watching Hemingway is like experiencing one of “Papa’s” stories.

Along with heaps of vintage footage there is also perceptive commentary in original interviews that illumine Hemingway and his writing by writers and literary critics, including Mario Vargas Llosa (who, like Hemingway, won a Nobel Prize in Literature), Edna O’Brien, Mary Karr, plus Hemingway’s son Patrick and even the late Sen. John McCain. Some of these observers’ insights are excerpted in a companion book to the series, The Hemingway Stories, a collection assembled and released by the author’s longtime publisher, Scribner’s, of many of the short stories explored in Burns and Novick’s nonfiction great film. (See: The Hemingway Stories | Book by Ernest Hemingway, Tobias Wolff | Official Publisher Page | Simon & Schuster (simonandschuster.com))

Unsurprisingly, given Burns’ cultural and educational pursuits, much of the filmmaker’s philanthropy has benefited arts entities and institutions of higher learning. Ken Burns was interviewed by phone from his office in New Hampshire.

Rock Cellar: What charities, foundations and philanthropies do you support, how and why?

I spend probably most of my philanthropy directed at Hampshire College, my alma mater [based at Amherst, Mass.]. I’m currently a vice chairman of a campaign to raise money that will pull it out of some financial straits it found itself in a couple of years ago. But also to reimagine the college which was, when I went, the most radical college in the country, in terms of upending expectations of an undergraduate education. And still is incredibly revolutionary. Now it’s retooling itself to be even more nimble and able to address pressing issues, like climate change, dismantling white supremacy, that sort of thing. [See: www.hampshire.edu]

Locally — I live in southwestern New Hampshire — I’ve been giving a great deal, I’ve always given to local institutions, to historical societies and things like that. But we redirected most of our stuff to food pantries, homeless shelters and domestic abuse organizations.

Rock Cellar: What is your role regarding the foundation for author Willa Cather [the Pulitzer Prize Winner’s novels include O Pioneers! and My Ántonia]?

I was given a really wonderful tour [at the National Willa Cather Center] … when they were shut down. I just happened to be near there and detoured out of my way to go to Red Cloud and was taken on a complete tour by some kind soul, and have thought to repay them by supporting their activities. [The Willa Cather Foundation is a 501(c)(3) not-for-profit organization dedicated to celebrating the work, life, and legacy of this great American writer. See: Willa Cather Foundation – Red Cloud Nebraska (NE) |]

LYNN NOVICK was born and raised in New York City, where she worked at the public TV station WNET. She went on to work for Bill Moyers and then for Florentine Films, the production company Ken Burns co-founded in 1976. The first Burns project she worked on was 1990’s The Civil War, as a post-production associate producer.

Novick worked as a producer and/or director on numerous Florentine documentaries, including 1998’s Frank Lloyd Wright, 2007’s The War, 2011’s Prohibition and 2017’s The Vietnam War. Her upcoming collaboration with Burns is the nonfiction biopic Hemingway, author of 1940’s For Whom the Bell Tolls, 1952’s The Old Man and the Sea, countless short stories and other classics.

Novick made her solo directorial debut with 2019’s four-episode series College Behind Bars, which was broadcast on PBS. Lynn Novick was interviewed in New York by phone.

Rock Cellar: What charities, foundations, philanthropies do you support, how and why?

Lynn Novick: That’s a great question. I’ve never been asked it before. I’m happy to answer … For me, most of the causes I support and have been supporting since I started working on College Behind Bars have to do with college in prison and social justice and criminal justice reform. Having spent four, five, six years getting to know people who are incarcerated, spending time inside prisons, and getting to know people as they have come home and all the challenges of re-entry and the enormous obstacles placed in the way of people who have been incarcerated, and how much that reflects … injustice — those are the kind of causes I’m most interested in supporting and have been increasingly supporting.

So, for example: I used to give money to my alma mater. Both my private high school [Horace Mann School] and Yale. And I have no interest in giving them any money any more. They have plenty of money — I don’t necessarily think that they spend it in the way that I would like to see them spend it.

Rock Cellar: Are there other organizations that you donate to?

Lynn Novick: I spread my charitable giving around, as opposed to putting it all in one place. That’s where I feel the money I can give makes the biggest difference. Because in working on College Behind Bars — for example, the Bard Prison Initiative [see: Bard Prison Initiative – Bard Prison Initiative], their cost per student per year is about $8,000, compared to the $80,000 it costs to go to a place like Yale. Their students get an extraordinarily impressive education. So those kinds of causes, I feel like the money that I can give goes a long way. And it makes a real difference in people’s lives.

I can email you a list of other charities I support.

Rock Cellar’s new “Give A Little Bit” section is our way of highlighting prominent people who use their success to support charities, nonprofits, foundations, and other philanthropic pursuits to benefit their fellow humans and our planet.  We encourage you all to “give a little bit” to the organizations that these public-spirited individuals support.

Thanks to Roger Hodgson (Supertramp) for the song that inspired the title of the category.  If you have an idea for an individual or organization that deserves recognition, please contact us at:  info@rockcellarmagazine.com 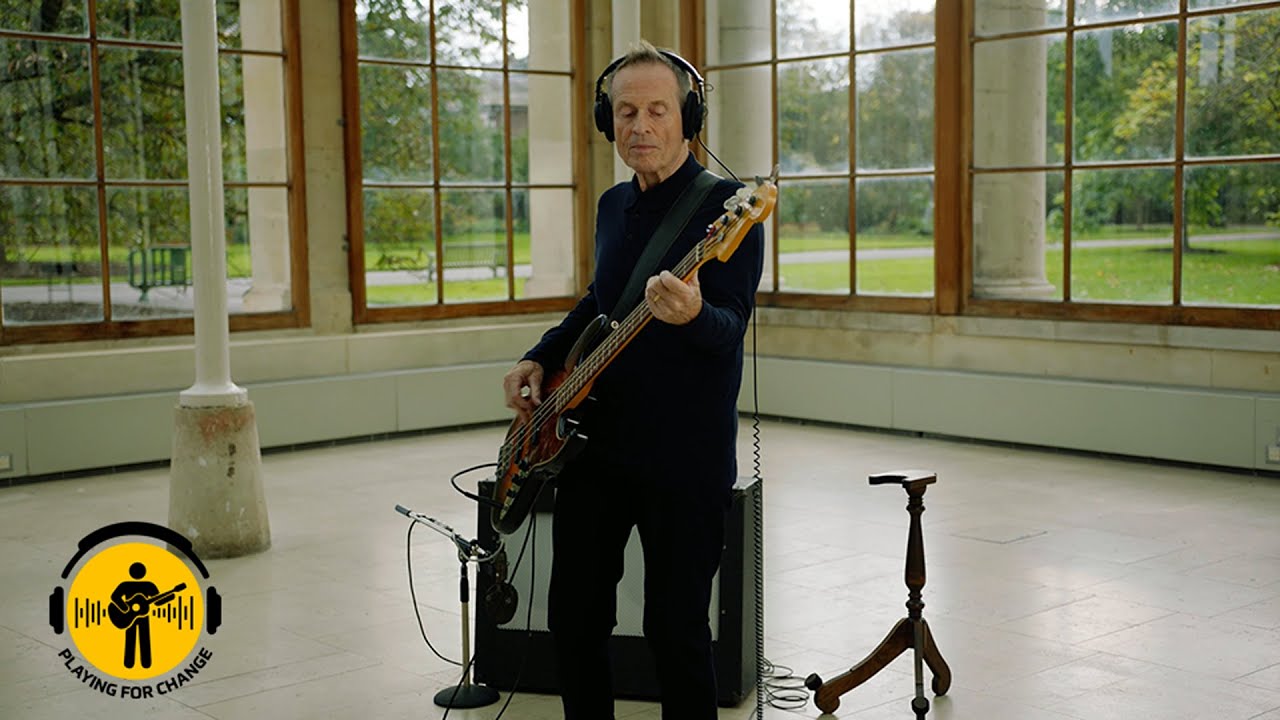