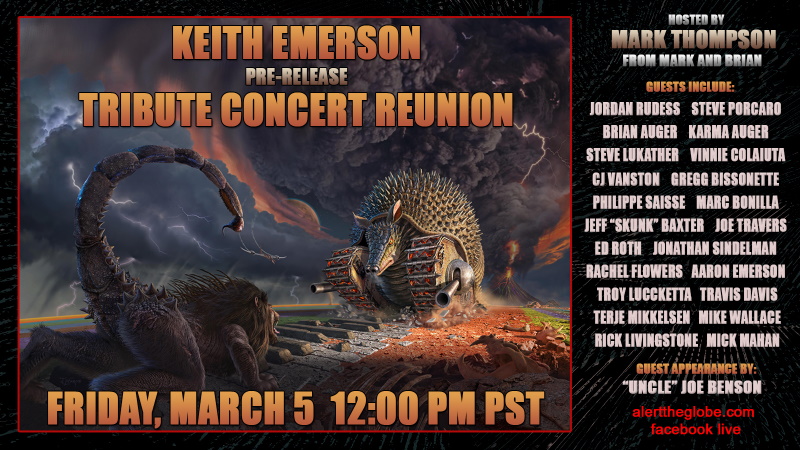 On Friday, March 5, beginning at 12 p.m. PST/8 p.m. GMT, some of the artists who performed at El Rey Theatre in Los Angeles in May of 2016 in celebration of the life and music of legendary keyboardist/composer Keith Emerson will participate in a special online reunion.

This special event will be hosted by Mark Thompson (Radio Hall of Famers Mark & Brian Show) and will give fans the opportunity to hear these artists’ stories and personal experiences working with Keith and to see sneak previews from the upcoming Keith Emerson Tribute Concert DVD, which is slated for worldwide release on March 19. (The digital edition will be released on March 11).

Guests participating in the online reunion streaming event include:

The show will stream via AlertTheGlobe.com and Facebook Live.

Proceeds from the DVD will be donated to the Keith Emerson Fund at the Dystonia Medical Research Foundation to increase awareness of this debilitating disease. To find out more information or to make a donation to the charity please click here: https://dystonia-foundation.org/friends/keith-emerson-fund/ 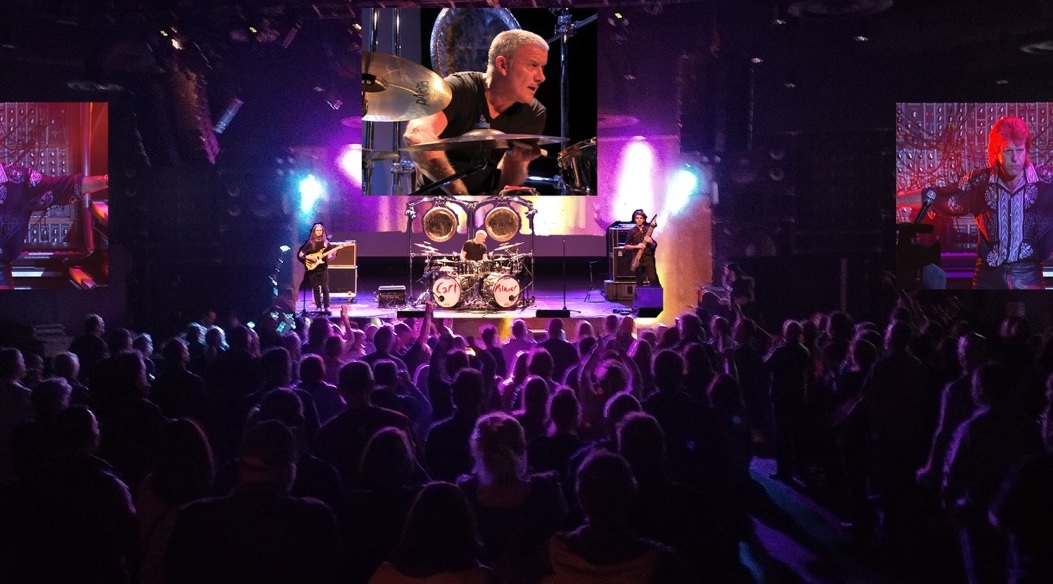