Home / Katrina from Katrina & The Waves Speeds Ahead with New Album ‘Hearts, Loves, and Babys’ (Q&A)

Katrina from Katrina & The Waves Speeds Ahead with New Album ‘Hearts, Loves, and Babys’ (Q&A) 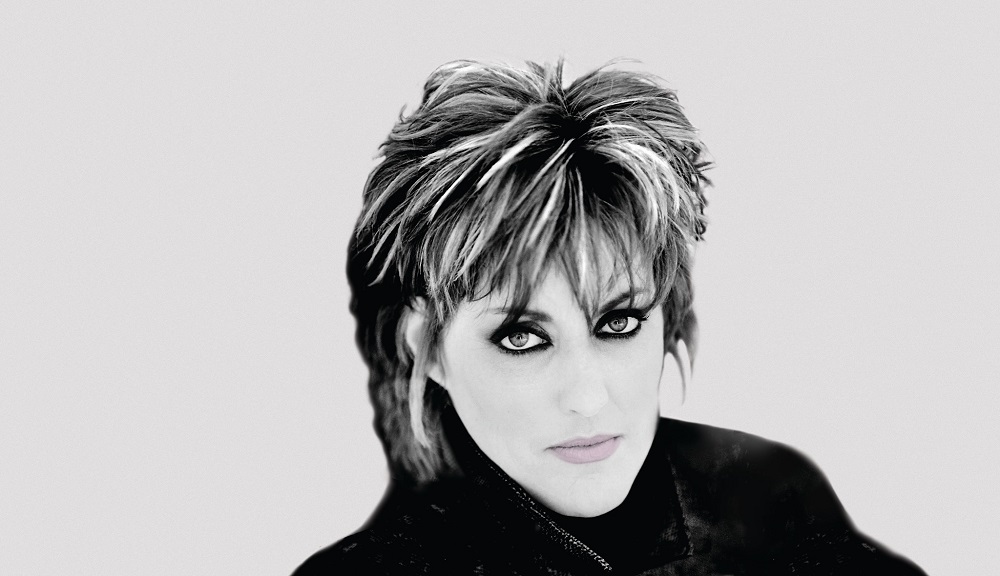 For many American rock fans following 80’s and 90’s rock music, Katrina Leskanich is mostly known as the lead singer in the pop rock group Katrina & The Waves, and is especially associated with the group’s big hit “Walking on Sunshine,” which landed in the Top 10 in multiple countries and is something of a modern classic to this day.

The singer seemed to largely drop off the radar after the group folded in the late 1990’s, despite scoring a hit in the UK and Europe when they won Eurovision in 1997 with “Love Shine A Light.” 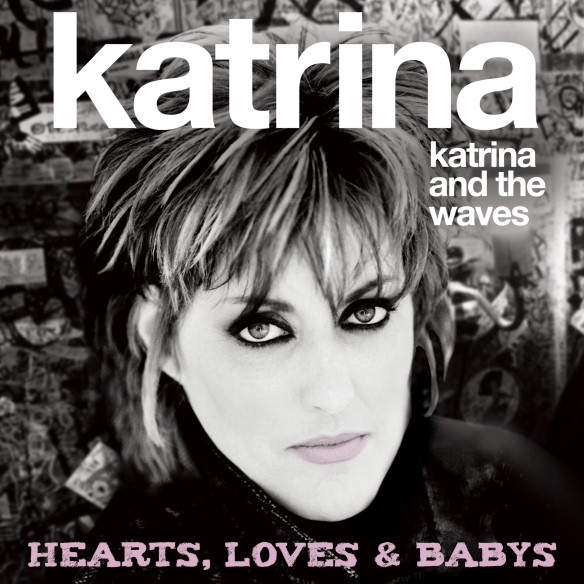 Her musical accomplishments extend far beyond her work with the Waves, however, as she has delivered a series of high caliber albums and countless performances since her time with the Waves. The wider scope of the solo music of Katrina from Katrina & The Waves is particularly evident on her new album Hearts, Loves, and Babys, which is out on Aug. 28. The album displays a unique diversity of material, ranging from upbeat, full tilt rockers like “Drive” to more plaintive and reflective tunes like “Move On,” highlighting her impressive vocal talents.

Katrina from Katrina & The Waves has engaged in some non-musical pursuits as well recently. She and her manager Sher Harper have authored two eclectic travel guides geared to dog owners, Peggy Lee Loves London-My London Guide and Metropoodle: My Cornwall Guide. (Katrina’s dog is named Peggy Lee.)  She is also working on an autobiography called Don’t It Feel Good. She’s certainly kept herself quite busy lately, and that includes speaking with Rock Cellar for an interview regarding her new album and much more.

Rock Cellar: Most U.S. audiences seem to associate you with the pop rock sound of Katrina and the Waves, but much of your solo material seems to have a harder edge and is more diverse. Would that be an accurate characterization of your solo music?

Katrina from Katrina & The Waves:  Yes, I think so. When you’re in a group, things are very democratic, and you have different musical perspectives. Also, when you’re around 25, you have a different kind of energy. At that time, I didn’t know who I was.

You have to remember that one person in the Waves wrote all the music (Kimberley Rew). We were mostly known for “Walking on Sunshine,” which was our trademark song.

But it was a one-off, and people always expected us to appear happy and sound like the Monkees or a female version of the Beach Boys. Actually, we were ordinarily sulky, but we had to play the game a bit. I didn’t even know what many of the songs were about.

Now, I understand very well the solo music I perform because I write almost all the material and it’s autobiographical.

Rock Cellar:  I read that you intended to make the new album an American record.  What did you mean by that?

Katrina:  I’m a huge fan of Debbie Harry, and originally wanted to make a record that was influenced by the music of the lower East Side in NY during the late 70’s. I hooked up with Jimi K Bones, a NY guitarist, and brought him 10 of my songs and asked him to record the material. Unfortunately, the material he recorded was too rough, so I rerecorded the songs in London, and made them sound more authentically like me.

Rock Cellar: “Walking on Sunshine” was obviously a big hit for you and the Waves. Why do you think that song has had such enduring appeal?

Katrina: It’s a very purposeful song, and serves as the right tool for its mission. It demands to be heard, and is like a novelty song. It makes people happy, and makes them enjoy life. It makes them dance. How can you not respond to the song?

Rock Cellar:  Do you have plans to tour the US in the next few years?

Katrina: Well, I’ve toured a lot in America in recent years, especially with Retro Futura, a tour of 80’s bands. I also did my own tour in NY a few years ago in small clubs, which was a lot of fun, and a throwback to the time when I played crappy little clubs.

I love playing in America, and hope to play there in the next few years. Honestly, it’s a depressing time in the U.K. Almost all my concerts have been pushed back from this year to next. I did play a gig in Germany last week. It’s not a very rock and roll time, in my view. That’s why it’s a good time to release a new album.

Rock Cellar: I was intrigued that some of the songs on your new album sounded like Heart, and that your voice reminds me of Ann Wilson. Would that be a fair comparison?

Katrina:  That’s a gigantic compliment.  I’ve always been a huge fan of the band. Ann Wilson was the reason I started to sing, and has been a massive influence on me. In fact, my song “Who We Are” came together like a Heart song.

Before I was with the Waves, I played in a band in the UK called Mama’s Cookin’ with a bunch of Americans when I was 16, and we played songs of Heart, Pat Benatar, ZZ Top, the Eagles, and other American bands.

Rock Cellar: Why you decide to do a cover of the Judy Garland song “I Can’t Give You Anything But Love?”

Katrina: I loved the song so much, and it makes me feel so good. It’s one of my favorite songs, and it fits in perfectly with the album’s concept. I thought it would be good to give it a try and add a cool guitar solo to it.

Rock Cellar: What are your favorite songs on the new album?

Katrina: My favorites include “Move On,” a deathbed lullaby to my mother, “Holiday,” which emulates the sound of Kirsty MacColl, and “Every Step.”

Katrina: Well, when I experienced a low time in music a few years ago, I spent a lot of times going to bars, parks, and other places in London, and thought it would be cool to write a different type of travel guide on London with photos and fun captions featuring my adorable white poodle as the subject.

The print guide includes information on directions to all the venues and sites mentioned.  Then I did an e-book focusing on the rugged area of Cornwall in southwestern England.