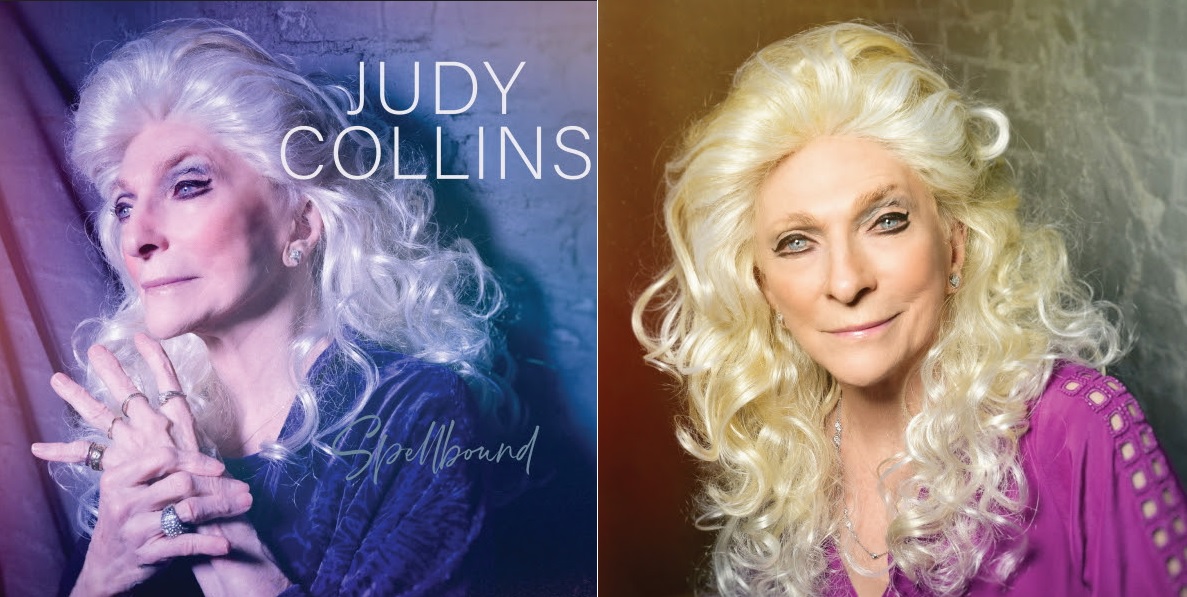 Released in February of 2022, Spellbound marked a milestone in the legendary career of Judy Collins.

The 55th recording from Collins over the course of her prolific time as a recording artist, Spellbound marked her very first full album of entirely original material, featuring songs written or co-written by herself.

Here’s the album’s powerful title track, which opens the record:

Earlier this week, the Recording Academy announced the nominations for the 65th Grammy Awards, and among the listed titles is Spellbound — nominated for the Best Folk Album Grammy. It’s Collins’ seventh Grammy nomination of her career, and the second in the album category following 2017’s Silver Skies Blue (another collaboration with Hest).

A news release notes that the inspiration behind Spellbound was especially personal for Judy Collins, as well:

Written during the COVID-19 pandemic, the songs draw heavily from Collins’s own life including her childhood (“When I Was A Girl In Colorado”), her early music career at the forefront of the ‘60s folk revolution (“So Alive”) and her most profound social-activist influences (“Thomas Merton”).

For more with Judy Collins, be sure to watch our 2018 Rock Cellar TV interview with her, in which she sits down with host Ken Sharp to discuss all kinds of topics, stories and experiences from throughout her incredible career.