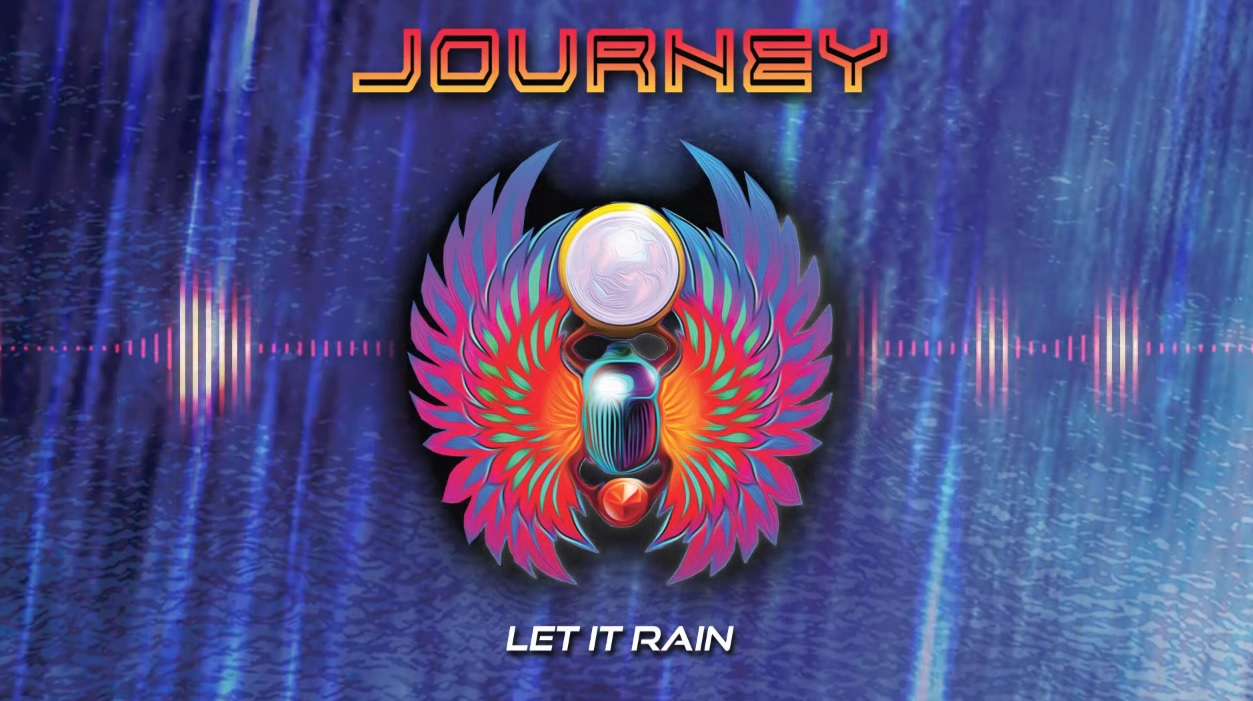 “Let It Rain” is the latest song shared from Freedom, a new album from Rock & Roll Hall of Famers Journey slated for release on July 8.

“We are excited for our new single release ‘Let It Rain’ as it offers a sampling of what the next new chapter of music we have in store on our new album Freedom,” said Schon, the group’s founding member, guitarist, songwriter, and producer, in a statement. “It’s so exciting to see multi-generational fans in our audience; many of them being very young and singing all the songs and very open minded to the new material. We look forward to seeing you all for the second leg of our summer tour!

“We didn’t immediately work on the song,” added Schon of the story behind this track. “It just sat there as a jam for a long time, and then every once in a while, I’d come in to work on something, and Narada (Michael Walden) would play it for me, and I’d go, ‘Wow, we should really fucking work this thing up, there’s something there.’”

Here’s another recently debuted track, “You Got The Best of Me”:

“The Way We Used To Be” landed in June 2021 as a first preview of Freedom, in the form of an animated music video:

As you may imagine, much of the spark for Freedom came during the bleakest months of the COVID-19 pandemic, when the band was unable to tour and Schon was stuck at home.

“During the pandemic, there wasn’t much to do,” he says. “I spent a lot of time in my little studio at home, learning how to play keyboards and looping. Some of those ideas ended up being songs. So it kind of came out of nowhere.”

A bit about Schon’s band mates at this point in Journey’s storied career:

As the band’s legend continues to grow larger and their touring gets bigger, Freedom will be the first album of new material to be released in eleven years, since 2011’s Eclipse, and in addition to longtime keyboard player and primary lyricist Jonathan Cain and vocalist Arnel Pineda, one more member was recruited for the upcoming album — bassist extraordinaire Randy Jackson, who had played on Journey’s 1986 album Raised on Radio.

As of now, Journey has yet to announce a new leg of the Freedom Tour, so stay tuned for that. In the meantime, the band has a handful of special gigs in Las Vegas coming up in July, backed by a symphony orchestra: