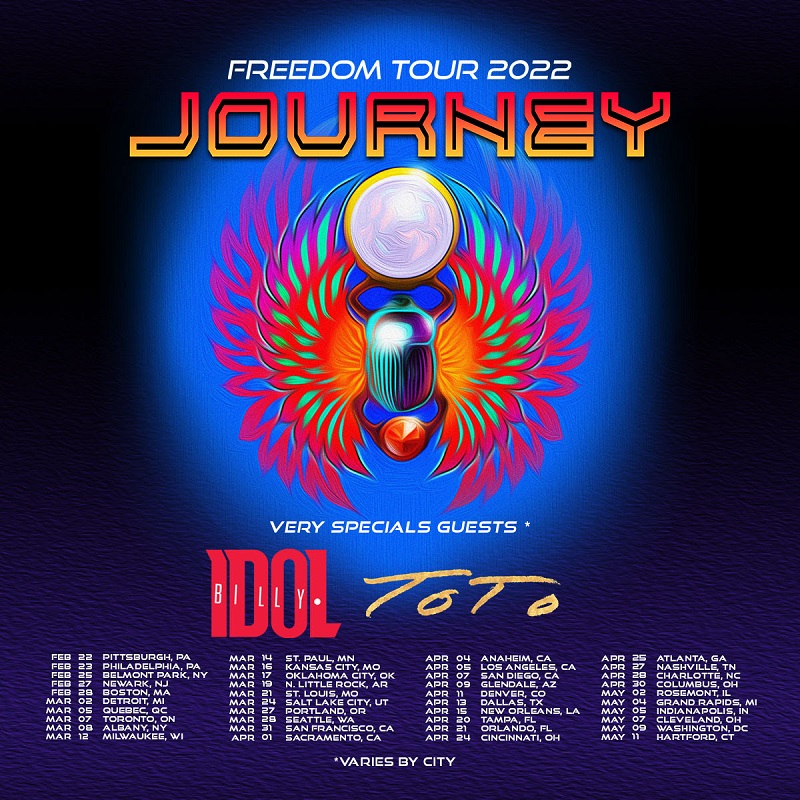 Get ready for a night of iconic singalongs next year when Journey embarks on the Freedom Tour, a 40-city North American tour that will find the Rock & Roll Hall of Fame band joined by special guests Billy Idol and Toto (depending on the date).

“It’s that time – time to get back to where we are used to being – on Stage!” said Neal Schon regarding the tour news. “We are looking forward to shifting into high gear and bringing you the best show possible. The band is running on all 12 cylinders and very excited! Please come and join us once again for an evening full of rocking stage connection fun. See you soon Friends.”

And Idol, who just released a gritty new EP in September: “Touring next year with JOURNEY is going to be great fun! An epic night you won’t want to miss. I’m excited to get back to so many wonderful cities and I’m bringing Steve Stevens and the rest of the Billy Idol band with me!”

Added Toto’s Steve Lukather: “On behalf of myself and the band, we are very honored and excited to do this tour with our old and dear friends JOURNEY. Gonna be a great night of music, and as all the guys are lifelong friends… a blast off stage as well.”

Here are the Journey Freedom Tour dates, broken down in terms of support act.

While these will see Toto share the stage with Journey each night: