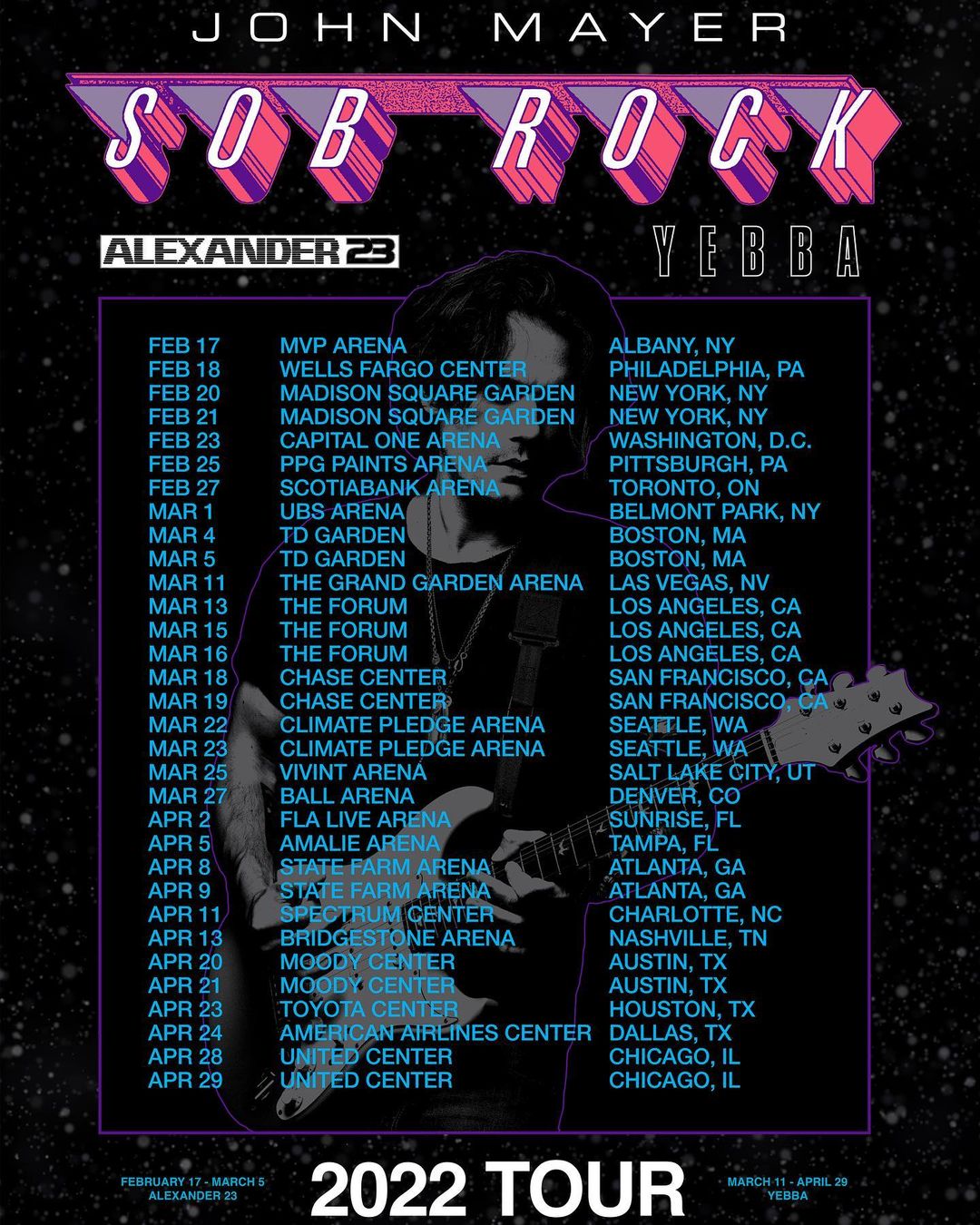 Click here to read a recap of one of three shows John Mayer and his band delivered at the Forum in Los Angeles in March.

On Feb. 17, John Mayer will officially launch his Sob Rock tour, so named after the singer/songwriter/guitarist‘s eighth studio album, 2021’s slightly “yacht rock”-leaning Sob Rock. On Monday, Mayer revealed the opening acts tapped as support for the tour, and promised news of who would be performing with him on stage, phrased as “a band you’ll have see to believe.”

Joining Mayer on the road will be Alexander 23 and Yebba, who will split support duties on the tour.

SOB ROCK TOUR 2022 is just a few weeks away… and this one’s going to be special. We’re bringing the wonderful @alexander23 and YEBBA with us, and by “us,” I mean a band you’ll have see to believe.

The backing band, as revealed by Mayer on Instagram on Tuesday, definitely comes through on his promise. Joining him on stage will be:

Mayer also announced a charitable angle to each show on the tour:

In addition, we are auctioning off two pairs of front row tickets to each show in support of the “Back To You Fund”. All proceeds from the ticket auctions will go to support the foundation which has supported many charities, including John’s Heart & Armor Foundation, as well as programs supporting at risk youth and the homeless.

Bid price is per pair of tickets, and bidding closes at 9PM PT two weeks prior to each show date.

Tickets will be held at will call and may be picked up prior to the show by presenting a valid photo ID.

As an album, Sob Rock brought together a handful of the standalone singles Mayer released in recent months, as most of the recording sessions took place during the COVID-19 pandemic of 2020 and early ’21, as well as songs that made their debut on the album.

Don Was produced the album, lending some serious skills to the proceedings, as well.