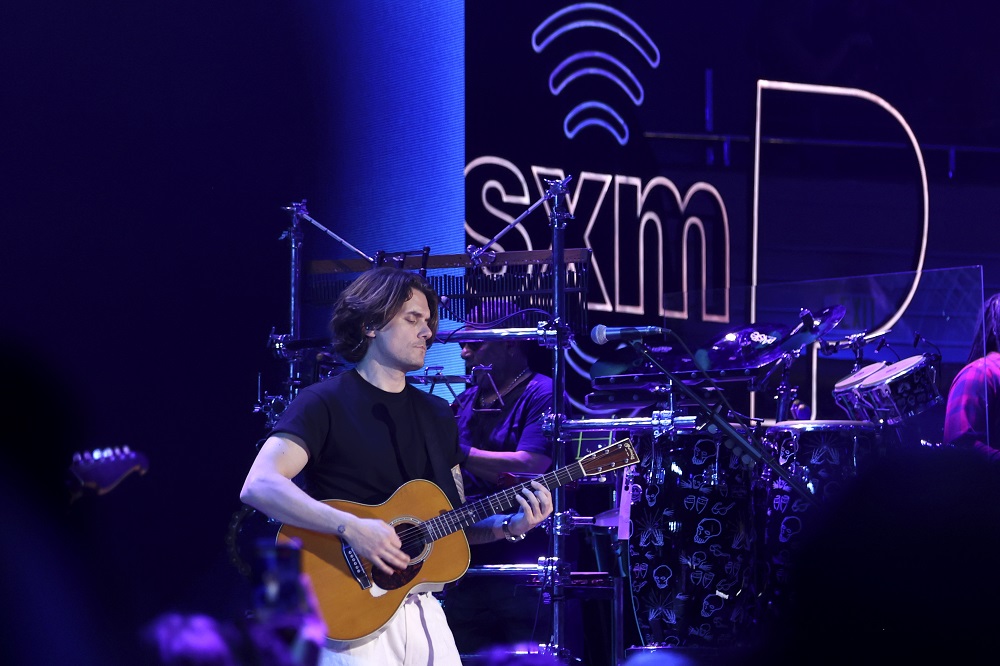 Last week, the beloved guitarist/singer unveiled the impressive ensemble of musicians that will accompany him on the road later this spring, a venerable who’s-who of session legends and established industry greats. Joining him will be:

This incredible assortment backed Mayer at the Palladium for a lengthy set of songs from throughout his career, which flowed seamlessly from old (“Belief,” “Waiting on the World to Change”) to new (“Wild Blue,” “Last Train Home,” “Shot in the Dark,” “New Light” and more). Mayer’s band flashed its weighty talent on each song, Mayer sometimes allowing himself to wail away on guitar every now and then.

During “Slow Dancing in a Burning Room,” a fan favorite from his Continuum album, a concerned Mayer paused the show when it became apparent that a fan was in medical distress; after a few minutes of attention, she was helped by the medical staff and the show resumed, but only after it was confirmed that she was OK.

Encore:
All I Want Is to Be With You (Live debut)
New Light

The evening’s festivities were hosted by Andy Cohen, radio/TV talk show host/SiriusXM DJ, who sat down with Mayer for a pre-show interview that was part of the event streamed live on SiriusXM — but if you missed it live, there are more opportunities to listen throughout this upcoming Super Bowl weekend.

John Mayer’s concert, in its entirety with additional content not seen during the Hollywood Palladium show will air as part of the virtual Pandora LIVE series this Saturday, February 12 at 9pm ET /6pm PT.  Anyone can RSVP for free here: https://pandoralivejohnmayer.splashthat.com/

As for John Mayer and his Sob Rock tour dates, here are those: