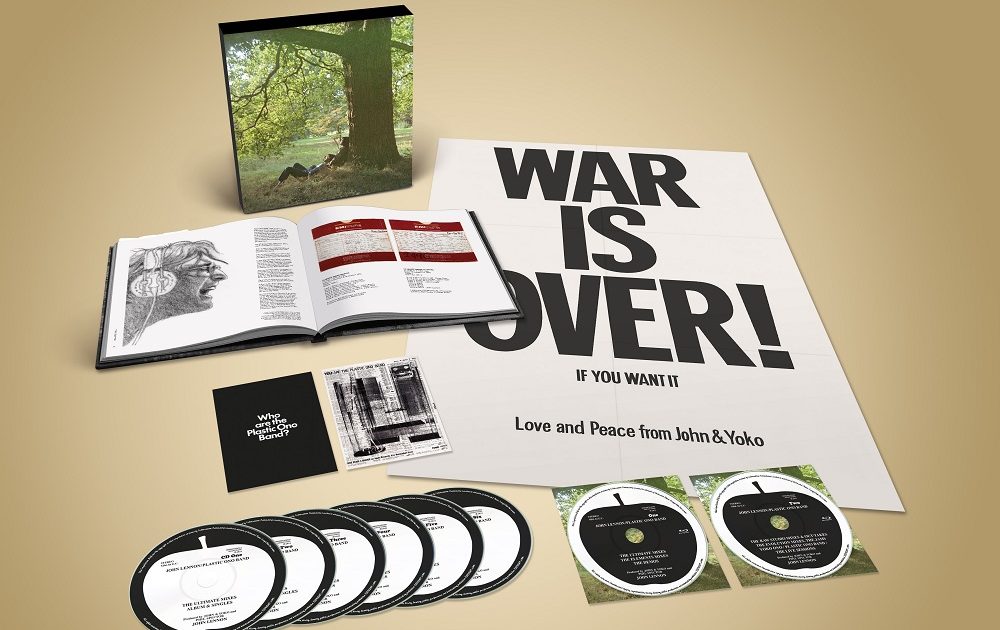 John Lennon/Plastic Ono Band was Lennon‘s first musical release after the dissolution of the Beatles — and the 1970 opus has come to be considered among the strongest post-breakup releases from any of the Fab Four.

The new Ultimate Collection edition of the album, released today, April 23, brings together an astounding amount of material from the album sessions, including raw mixes, alternate takes and much, much more.

Rock Cellar has an in-depth new feature on the John Lennon/Plastic Ono Band sessions from writer Jeff Slate. Here’s a snippet from the introduction, for context:

John Lennon/Plastic Ono Band, released in December 1970, was a confessional singer-songwriter album years before Dylan’s Blood On The Tracks, or any of the Laurel Canyon crowd started sharing their innermost thoughts. It also set an impossibly high bar, with Lennon baring his soul in a way that few songwriters had up to that point or, for that matter, have since. Add to that the companion album Yoko Ono / Plastic Ono Band, a tour de force of an avant-garde collaboration by one of the tightest and most sympathetic bands on the planet — Lennon, Ringo Starr and bassist Klaus Voorman — and you’ve got a moment in time, now examined in exhaustive detail in the fantastic new Ultimate Collection box set chronicling the sessions, unlike almost any other in the history of pop music.

Some of the (abundant) pre-release glimpses of the Ultimate Collection set included this video of “Isolation (Raw Studio Mix),” which features video footag filmed at John and Yoko’s home in Tittenhurst Park in Berkshire on July 16, 1971. The video, per a news release, “is filled with timed Easter Eggs throughout that shows hidden elements and clues of the life John and Yoko shared, as well as important artifacts.”

And don’t miss this online event, this weekend: There will also be a special Twitter Listening Party event geared around the release of the Ultimate Collection. Per a news release:

Fans around the world are invited to listen to the new mixes of John’s landmark solo album, John Lennon/Plastic Ono Band – The Ultimate Collection, together on Saturday, April 24 at 10 am PDT/1 pm EDT/6 pm BST as part of Tim’s Twitter Listening Party, the acclaimed interactive listening experience created and hosted by Tim Burgess (The Charlatans UK).