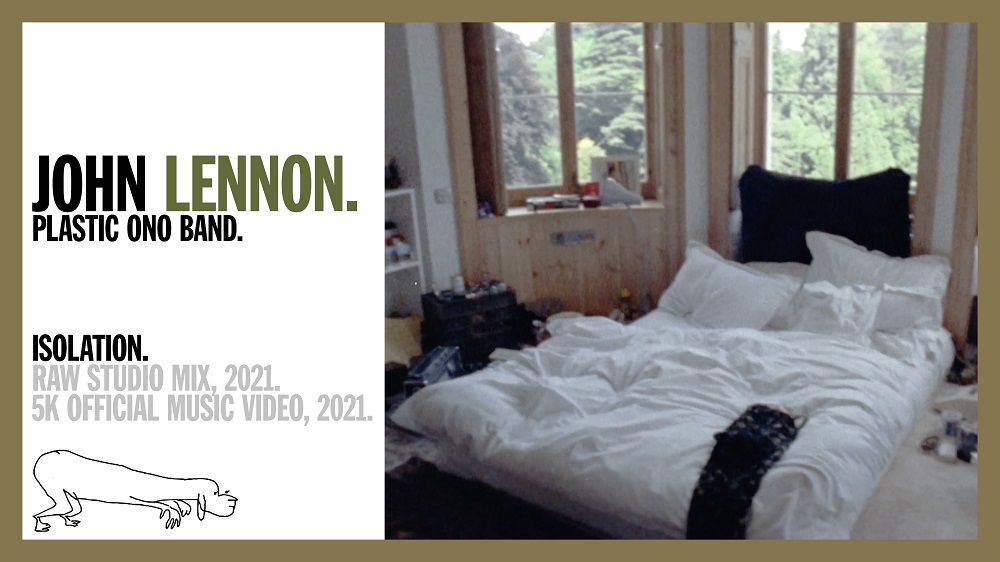 This Friday, April 23, the John Lennon estate and Capitol/UMe will release John Lennon/Plastic Ono Band: The Ultimate Collection, a deluxe revisiting of Lennon‘s classic 1980 solo debut (and his first release after the dissolution of the Beatles).

The powers-that-be have been previewing the set in recent weeks with a number of special recordings featured on the Ultimate Collection, and the latest is a “Raw Studio Mix” of the song “Isolation,” which was shared on Tuesday.

The video accompanying the song was filmed at John and Yoko’s home in Tittenhurst Park in Berkshire on July 16, 1971, and per a news release “is filled with timed Easter Eggs throughout that shows hidden elements and clues of the life John and Yoko shared, as well as important artifacts.”

For an in-depth look at the making of John Lennon/Plastic Ono Band, click here to read Jeff Slate’s new feature piece, which goes into great detail and includes archival quotes from John and Yoko (with the help of the indispensable recent oral history about the period), alongside recent interviews with bassist Klaus Voormann, Abbey Road tape operator John Leckie, and Rob Stevens, part of the team who painstakingly created the new box set, to remember the making of Lennon’s seminal solo work, fifty years later.

Yoko Ono: All those Vietnam protests really changed the world. There was always that element who were really resisting it. That was the saving grace — that people were aware that they were that young generation who were really against it. And so it worked very well for the world. And the Bed-In was just part of it, a definite part of it. It was a statement on a very theatrical level and I think it was very effective. We were artists and did it our own way. We felt very good about it then, and it was such an incredibly strange thing that we were doing. At the time it was a courageous thing to do. John was making the statement in a way that he was looking at the far, far future. I saw it in his eyes. He was saying, ‘OK this is what we’re going to do together.’ And we’re going to give peace a chance. To the world.

After an impromptu concert in Toronto with Eric Clapton, Voormann, drummer Alan White and Ono, the single for “Cold Turkey” — a song turned down by The Beatles as a potential next single — followed on October 24, 1969.

Lennon: ‘Cold Turkey’ is self-explanatory. It was the result of experiencing cold turkey withdrawals from heroin. Everybody goes through a bit of agony some time or another in their lives, whatever it is. ‘Cold Turkey’ is just an expression of that.