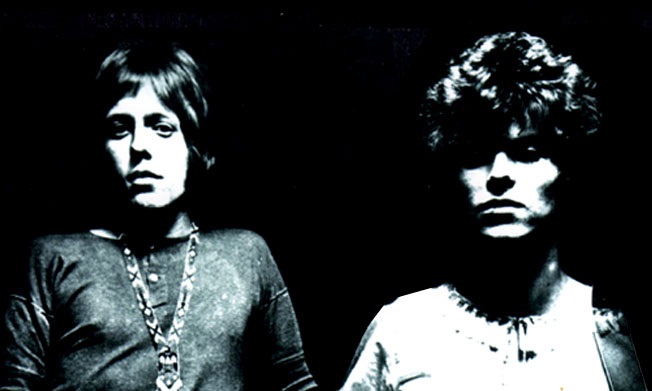 John Hutchinson, a jazz guitarist with a special connection to David Bowie, passed away recently from a “long illness,” it was confirmed by Bowie’s social media accounts in a message shared over the weekend:

“Our [sic] thoughts are with the family and friends of John Hutchinson who passed in hospital yesterday after a long illness. John was described as “a semi-retired and little-known jazz guitarist and a veteran of three important David Bowie bands for seven years between 1966 and 1973.“

Ours thoughts are with the family and friends of John Hutchinson who passed in hospital yesterday after a long illness. John was described as “a semi-retired and little-known jazz guitarist and a veteran of three important David Bowie bands for seven years between 1966 and 1973.“ pic.twitter.com/hTwgPSidcv

During his time as a valued collaborator with Bowie, Hutchinson played a key role in the conception and recording of what would become “Space Oddity,” on which he played guitar for several demo recordings, including its earliest-known version (per the NME).

John Hutchinson did not turn up on the official studio recording of the song, which is featured on Bowie’s self-titled 1969 record, but Hutchinson is heard on a demo recording that was made available in recent years by the Bowie estate:

A bit more about John Hutchinson and his Bowie connections, per his website’s biography page:

On his return to England in 1966 Hutch auditioned, purely by chance, for a then unknown David Bowie who invited Hutch to join ‘David Bowie and the Buzz’ in a residency at the legendary Marquee Club. The band made TV and live appearances across the UK. Following a spell in Canada in 1968 Hutch returned to join Bowie and his girlfriend Hermione in an acoustic group called ‘Feathers’. From this period, after Hermione had departed, came Bowie and Hutch’s original recorded demo version of ‘Space Oddity’.

After losing touch for a year or two, in 1973 David called upon Hutch again to join his ‘Spiders from Mars’ as 12 string guitarist for his ‘Aladdin Sane’ tours of USA, Japan and the UK, and Hutch was reunited for the tours with Bowie and with the other East Yorkshire musicians Mick Ronson, Trevor Bolder and Woody Woodmansey.

When David broke up the Spiders, Hutch played solo TV, Radio, Concert supports and acoustic venues in the North East, and his Scarborough band ‘Hutch and it’s Easy’ brought Hutch to the attention of the record companies in London. It was with his next Newcastle based band ‘American Echoes’ that he enjoyed critical success when their debut single ‘Ooh Las Vegas’ (Mercury Records) became Dave Lee Travis’s BBC Radio One record of the week in 1979.

May John Hutchinson rest in peace.