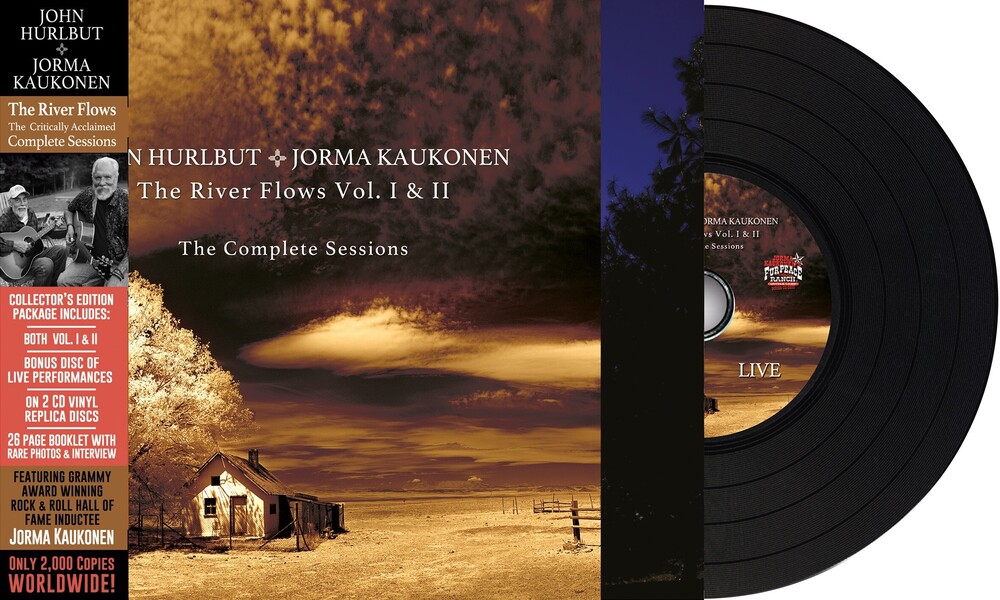 Fans of American roots music will be excited to hear that John Hurlbut and Jorma Kaukonen: The River Flows is now available, having been released on Sept. 24, in all formats including vinyl, CD, and via digital streaming platforms.

A special box set, The River Flows Vol. 1 & 2 / The Complete Sessions, is also coming on Oct. 15 as a CD package with 8 live tracks recorded at Kaukonen’s Quarantine Concert Series as a bonus disc.

Kaukonen is the singer-songwriter and guitarist who was a founding member of Jefferson Airplane and Hot Tuna, with whom he continues to perform with bassist Jack Casady. The River Flows was produced by Justin Guip, three-time Grammy winner and Hot Tuna drummer. We spoke with Kaukonen earlier this year regarding the release of Vol. 1.

Kaukonen says that he relied on Hurlbut to suggest the songs on the album. “There’s so many great songs out there and I love the story that he told with those songs,” said Kaukonen. “I told him ‘look, we’re sitting around, I’m looking for a philosophical space. I don’t want to put any boundaries around [it]. Just pick a bunch of songs and you know where I’m coming from.’ He picked those songs and I went, ‘I love ’em all. Let’s do it.’

“When I looked at the songs that Johnny brought, he has a very idiosyncratic and personal style. He’s a good player but he’s never learned or emulated anybody so it’s really different.”

In related good news, Hot Tuna is back on tour, presenting their mix of American roots music, blues, Americana and rock and roll. Visit the band’s site for full details.