Home / Out Now: ‘Be True to Yourself,’ a New Album from Badfinger’s Joey Molland (ft. Julian Lennon, Micky Dolenz + More)

Out Now: ‘Be True to Yourself,’ a New Album from Badfinger’s Joey Molland (ft. Julian Lennon, Micky Dolenz + More) 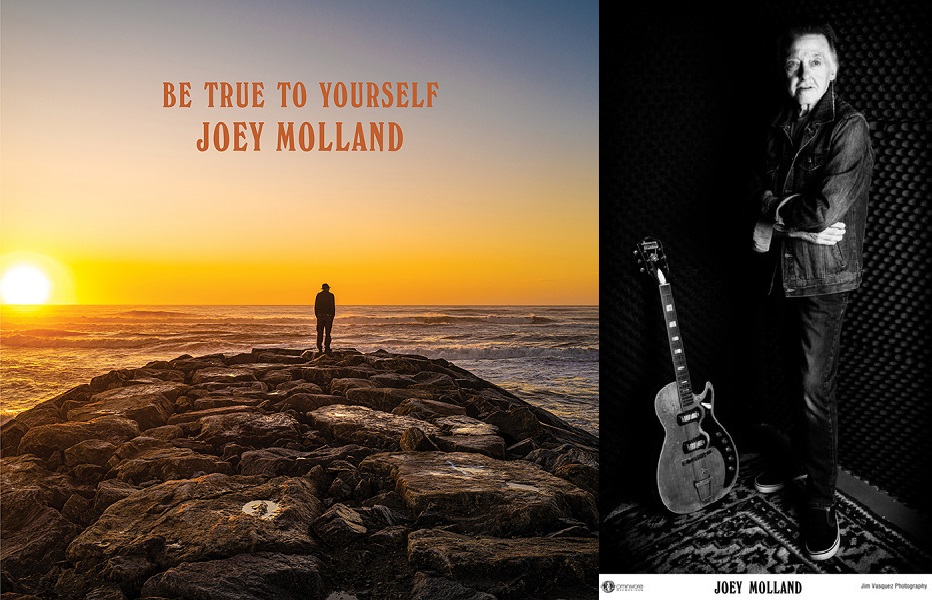 Today, Oct. 16 sees the release of Be True to Yourself, a new studio album from Joey Molland, guitarist/songwriter known for his work with the acclaimed (and tragically short-lived) band Badfinger.

Click here to pre-order Be True to Yourself from our Rock Cellar Store.

In our new feature chat with Molland as part of our I’m Still Standing series, he describes why it took so long for him to release new music:

I wanted to get a producer. I wanted to find a producer to produce me a record. I hadn’t worked with one since I think the Badfinger album Say No More. It was the last one that Tommy did with me and that was the last time I really had a producer. From then on I produced all the records myself. And that probably is one of the reasons for the lack of success!

I really wanted to work with a good producer. That was the idea and that’s what I wanted. I met Mark Hudson over those ten years. We got to be good friends. And singing a bit together and playing a bit together. And eventually he said to me, “Do you want to make a record?” “Well, yes I do,” I said. I sent him a bunch of songs, like 35 or 40 songs and he picked out a dozen and we ended up using 10 of those.

Mark was very helpful with lyrics and it just worked out great. He’s such a great producer. I learned a lot from him about producing. The focus of it. Which is a thing that never occurred to me before. The focus is when a producer hears music and then goes for it. He sees an end to it and if we started, he knows what we started with and then he will focus the parts to lead where he wants to go with it.

Really remarkable, the way of hearing it. And he was incredible. I think he did a great job for us.

The result is a lively return to form, and finds Joey Molland sounding as reinvigorated as ever.

Listen to Be True to Yourself below, via Spotify: