Home / Q and A: Guitarist Joel Hoekstra on the Making of Whitesnake’s New Album, ‘Flesh and Blood’

Q and A: Guitarist Joel Hoekstra on the Making of Whitesnake’s New Album, ‘Flesh and Blood’

After a brief hiatus, during which David Coverdale dropped hints of possible retirement, he has reassembled Whitesnake, and the classic hard rock band has launched  a full-scale sonic assault with their new album, Flesh and Blood, which is due out May 10 on Frontier Records and can be pre-ordered now at this link.

The album harkens back to the group’s early roots, but also displays a greater musical diversity that may surprise some.  The music video for the cut “Shut Up & Kiss Me” has the indelible Whitesnake stamp all over it, and makes a special reference to the group’s iconic video for the song “Here I Go Again,” complete with Coverdale’s white jaguar and turquoise silk jacket.

Whitesnake, which has undergone key personnel changes in recent years, is forging ahead with new energy and momentum.  One of the key band changes was the addition in 2014 of turbo guitar-shredder Joel Hoekstra, whose work with such bands as the Trans-Siberian Orchestra and Night Ranger and stint as guitarist in the musical Rock of Ages has brought him greater reknown. The other band members include Reb Beach on guitar, Michael Devin on bass, longtime drummer Tommy Aldridge, and Michele Luppi on keyboards and  backup vocals.  Both Hoekstra and Beach co-wrote songs with Coverdale on the new album.

With “Flesh and Blood,” Whitesnake opens a new chapter in their storied history. Enjoy a chat with Hoekstra about the band’s new era below.

Rock Cellar: How has your work with the Trans-Siberian Orchestra and Rock of Ages helped prepare you for your role with Whitesnake?

Joel Hoekstra:  Well, if you can survive the heavy schedule of the Trans-Siberian Orchestra, you can survive any schedule. Basically, you had to do eight shows a week and work three straight 11-hour days, counting the actual performances, meet and greets, and other activities with that band.

It was great training for me, and I built up a lot of stamina working with them.

The schedule with Whitesnake is much easier — we play sets running 60-90 minutes long, and there’s much more space between shows. And the music and stage presentation of TSO are very different from those of Whitesnake.  Playing in the Rock of Ages musical was a lot of hard work and involved a similar heavy schedule.

In any case, Broadway is very different from the rock world.

Rock Cellar: What attracted you the most about joining Whitesnake?

Joel Hoekstra:  The band’s catalog and songs were obviously a major draw. They have a great catalog, and they’ve had great guitar players over their history. By joining them,  I’ve had an excellent opportunity to showcase my guitar playing around the world.  It’s great to work with legendary guys like David, Reb Beach, and Tommy Aldridge and be a part of such a tremendous band.

All of these factors combined led me to join the group.

Rock Cellar: The music video for “Shut Up and Kiss Me” borrows some elements from the music video for “Here I Go Again,” such as the use of David Coverdale’s white jaguar and his turquoise silk jacket.  Can we assume that the new video is playing a central role in promoting the new album and making a key connection with Whitesnake’s past?

Joel Hoekstra: We actually had two versions of the video for “Shut Up & Kiss Me,” including a video that essentially showed the band in concert and another one which featured David’s white jaguar.  That version was quirky and has enjoyed tremendous success — it’s generated a ton of views.  David made the right call on this, as he always does.

Rock Cellar: Although Flesh and Blood has Whitesnake’s trademark sound, it seems more diverse than previous albums.  Would that be fair to say?

Rock Cellar: “After All” particularly seems like a departure from Whitesnake’s traditional sound.  What inspired that song, and how did it come together?

Joel Hoekstra:  Originally, David had slotted the song for the Unzipped album.  But he hadn’t finished the song, and asked for my input on it.  I came up with some chords, the intro, and an instrumental for the song.  Everyone in the band voted for the song to be on the album. It definitely breaks new ground for Whitesnake, and was the first song I co-wrote with David.

Rock Cellar: The album has some more bluesy sounds, like “Get Up.”  Was there a special effort to emphasize blues rock more on the album?

Joel Hoekstra: Definitely we wanted to incorporate blues-based riffs throughout the album.  But we also tried to make sure the album had the right mix of musical styles.

Rock Cellar: How did Chris Collier enhance the band’s sound with his mixing on Flesh & Blood, and on the 35th Anniversary Disc of Slide It in- the 2019 Ultimate Special Edition?

Joel Hoekstra: Chris brought a really punchy, heavy sound to Flesh and Blood that we needed.  We really needed teeth and muscle on the album, and he brought that. 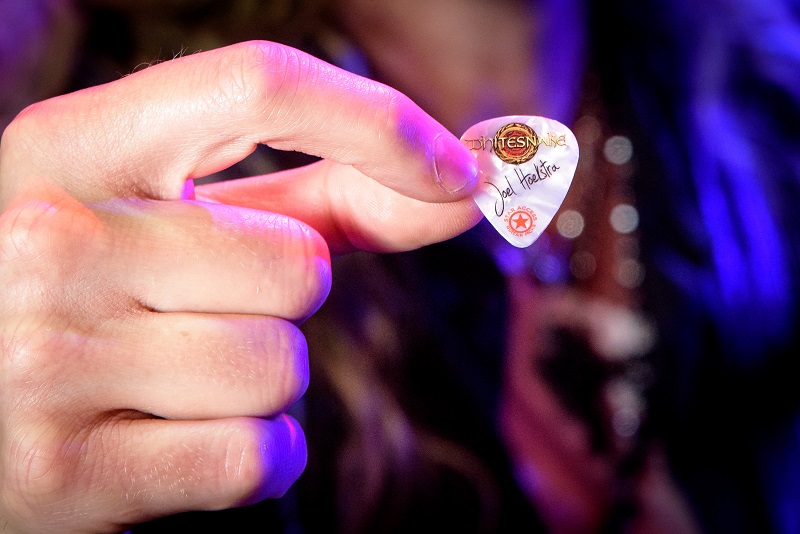 Rock Cellar: Do you have any plans to release another solo album in the next few years?

Joel Hoekstra:  I have a new solo album in progress, and we’ve got songs set.  I’m working with Vinnie Appice on the album, and the material is now in the hands of a vocalist.  We’re moving forward with the album, and I’m very happy with the songs, but I don’t know when the album will be released yet. 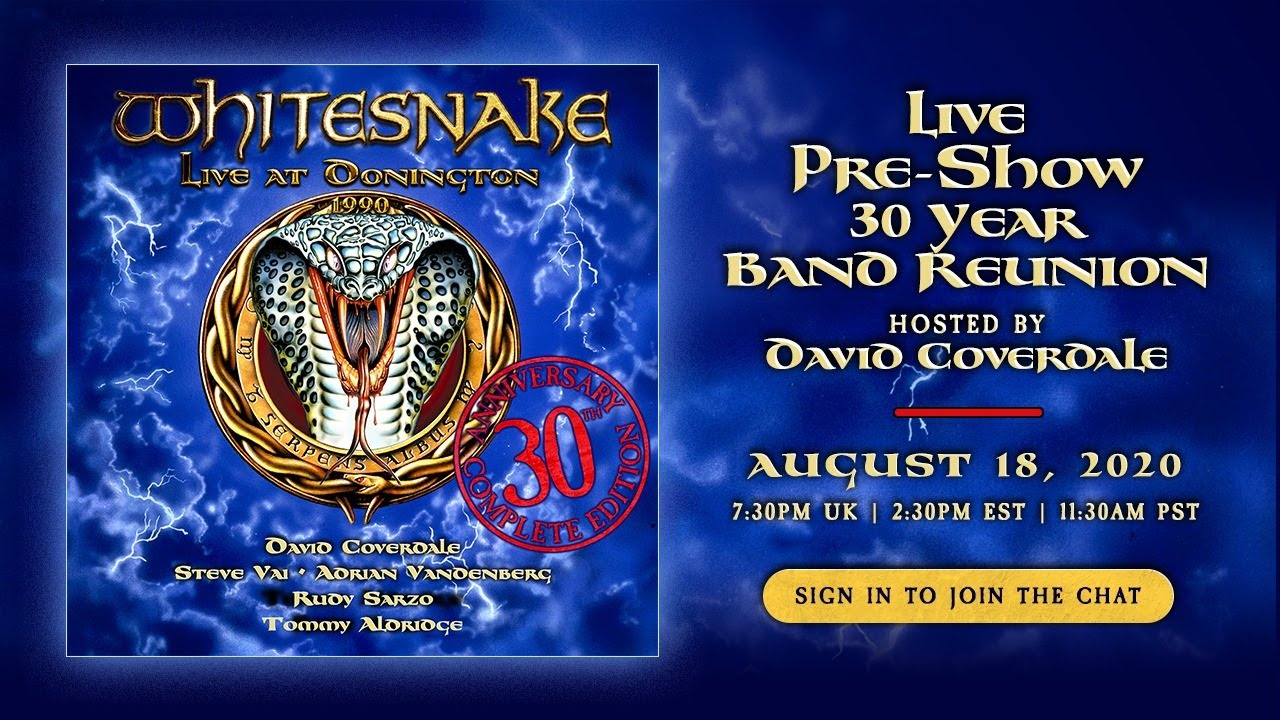