Arizona’s Jimmy Eat World recently announced plans for a busy 2017. Specifically, they’ll be touring around North America (and beyond) with Beach Slang in support of their new album, Integrity Blues.
On the heels of that news, drummer Zach Lind took some time out to answer some questions for us regarding the album, the tour (visit their Ticketmaster page for more details there), the state of the country and a lot more. Enjoy it below.
Rock Cellar Magazine: What’s the story behind the title of Jimmy Eat World’s new album, Integrity Blues?
Zach Lind: Well, we actually struggled with the title, a little bit, when we were making the record. We weren’t quite sure what to call it, but I think…as Jim (Adkins) has said, there are things in life that we have expectations about, things we want to accomplish. And often times, you get so fixated on the outcomes that you end up missing important things along the way. Striving for a certain outcome in order to please some outside audience can sometimes undermine the process itself.

So for us, it’s all about really caring about your own process, your own work, and caring about that not so much with the outcome in mind, but honoring the actual process itself.
In the terms of the band’s creative arc, where does Integrity Blues rank to you?
Zach Lind: I think this album has some of our best work, really. That was the goal of making this record. Being in this band for 20 years, sometimes you ask yourself, “Is it worth it? Do people need another Jimmy Eat World record?” There’s so much material that we’ve already released, if we’re going to release anything it has to live up to the older work too, you know? For me, I think in a lot of ways it’s our most successfully executed record that we’ve done yet.

Obviously it’s hard to compete with songs that have been around for 15 years because of nostalgia and the connection to a song over time, but musically and artistically I think Integrity Blues is up there with any of ‘em.
What effect did working with producer Justin Meldal-Johnsen have on the album?
Zach Lind: We wouldn’t have been able to make it without him. One of the different approaches we took on making this record was including him in the process from the very beginning. He was guiding us through the writing process, deciding which songs and ideas we should pursue. The album took shape the way it did because of so many of his suggestions and guidance. And he’s just an amazing producer, in every way. He’s the most well-rounded person we’ve ever worked with in terms of talent, communication and all that. It’s a tricky job being a producer, and he nails it. For us, he was awesome.
One of the more interesting songs on the new record is “Pass the Baby,” which builds up to this very heavy, almost Tool or Soundgarden-ish breakdown at the end. How’d that one come about?

Zach Lind: Well, “Pass the Baby” was an idea that we had for a while that started out quiet-sounding, and then it expanded to this crazy, totally different sort of place. We were never really sure if we should do it or not, or if there was a place for it, but when we explained the concept to Justin, he was like, “Oh well we’ve got to do that.” He basically decided that we were going to figure it out. And then the ending was like, “How can we come to an ending that’s as different as possible from the rest of the song?” while also making sure that it fits with the beginning. So that’s what we ended up with. It’s a trip, and it was one of the more difficult songs we’ve ever done.

You just announced some spring tour dates with Beach Slang, and there are whispers around the Internet about some shows this summer with Incubus. What can you say about that?
Zach Lind: Yeah, we’re pretty busy for most of the year. We just announced the Beach Slang tour, and in terms of any other shows I’m not sure if we’ve announced anything, but we’ll definitely be around all over the U.S., and we’re doing Europe, too. But the Beach Slang shows are going to be great, we love that band. It’s really fun for us when we can find a band that we really love to that extent and can go out with them on the road.
Jimmy Eat World and Beach Slang just seems like a perfect combination for a tour, since one of the things that comes across when listening to both bands is a strong sense of authenticity and honesty.

Zach Lind: Absolutely, I think both band definitely strive to that. I think there’s a reason why we really like them, and I think our fans will love ‘em as well.
So many bands are doing the full-album type shows these days. You guys did one for Clarity a few years back for its 10-year anniversary, too. Have you had any discussions about doing that sort of thing again anytime soon?
Zach Lind: I think there’s a fine line. If you keep rehashing things you’ve done on the past, I think it’s OK but there’s also a limit to where, you know, you send a signal that you’re all about what you’ve done before. And I think for us, our focus right now is we’re super pumped on Integrity Blues and we want to play those songs. So if we go out and play a whole album of something else, that doesn’t really say a whole lot about what we think about our current stuff, you know?
So we’re probably not going to do anything along those lines for a while. Just in the interest in keeping ourselves on our toes.
Flash back to the late ‘90s. Did you guys as a band think you’d still be around 20 years later? Could you imagine the heights you’d go on to achieve once songs like “The Middle” and “Sweetness” helped propel you to a new level in the early ‘00s?

Zach Lind: In ’97, we were not assuming that we’d still be around. That’s not something we assumed. After “The Middle” and Bleed American had its success, that would have maybe seemed more possible, at least logistically. It’s easy to play shows and keep a band together but it’s hard when you have to make a living, have families, kids, so for us we’ve been lucky enough to have enough success to sustain it to this point, where we can make a living doing music. I think that’s the only difference. In ’99 when we were making Clarity we were thinking, “This’ll probably be our last major label album we’ll ever do, so let’s go out with a bang” and I think now, looking back, we definitely wouldn’t have thought we’d be here.

Join us in supporting the @ACLU to ensure our leaders uphold the core values of our nation. https://t.co/uvpk4sqLVm #NoMuslimBan

Speaking of the honesty that surrounds Jimmy Eat World, the band has gone on record recently as supporting the ACLU during all the…stuff that’s gone on lately.
Zach Lind: Yep.
And there’s a lot of blowback online sometimes when folks take issue with a band, athlete, or entertainer using their high profile to share an opinion on any of those types of issues. What would you say about the role or responsibility of a band/figure such as yourselves in having a voice in that conversation?
Zach Lind: Well, we’re artists. We make records and we tour, but we’re also human beings, right? To presume that because of our job we’re not able to form an opinion about what’s going on, about really important issues…to us, we dismiss that. I find it pretty ironic that when we speak out about this stuff, what we’re told by people who don’t like it is that, you know, “celebrities and athletes should just focus on what they do and not worry about politics,” but we currently have a President who is a reality TV star.
If that’s true for us, then that should be true for him, right?
In the end, we get it. There’s always going to be people who disagree with what we do, but we try to make it pretty clear. We’re not judging our fans or telling them not to come to our shows if they don’t agree with our views. We don’t mean to exclude anyone, and we certainly don’t mean to boss anyone around.
We communicate about the issues and things we care about, but we don’t presume to…we’d never draw a line in the sand with our fans. If people want to get upset with us, that’s their right and that’s fine. We don’t really care about that. We would just ask for people to understand that we have opinions.
We’re not just mindless people who go and make music but don’t have opinions about how our country’s run, or how we solve problems. 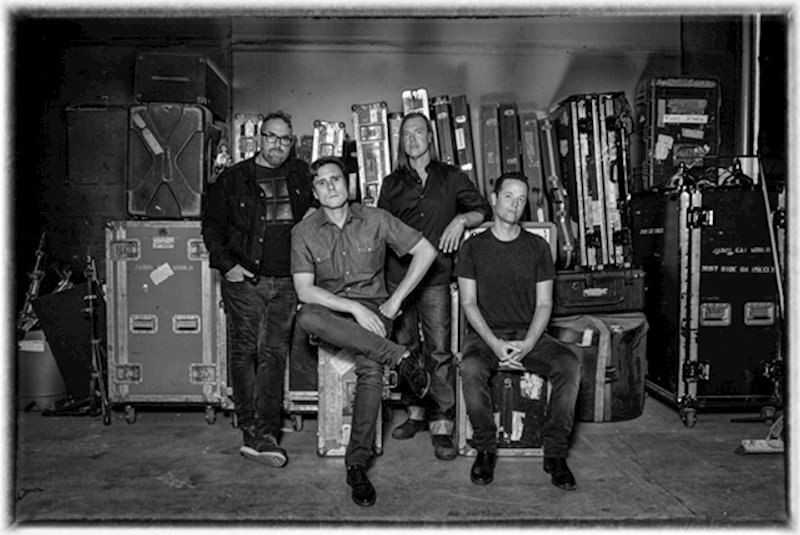 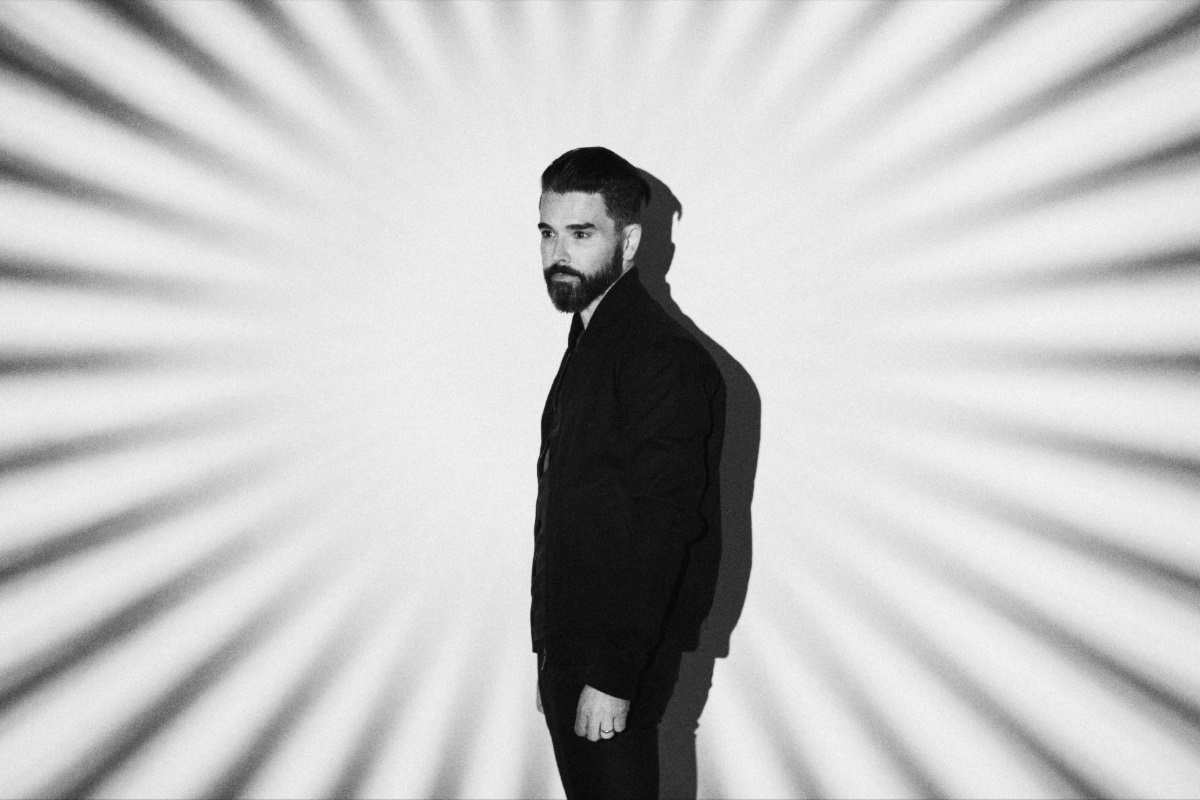 Out Now: ‘All The Truth That I Can Tell,’ a New LP from Dashboard Confessional (Tour w/ Jimmy Eat World 2/27)