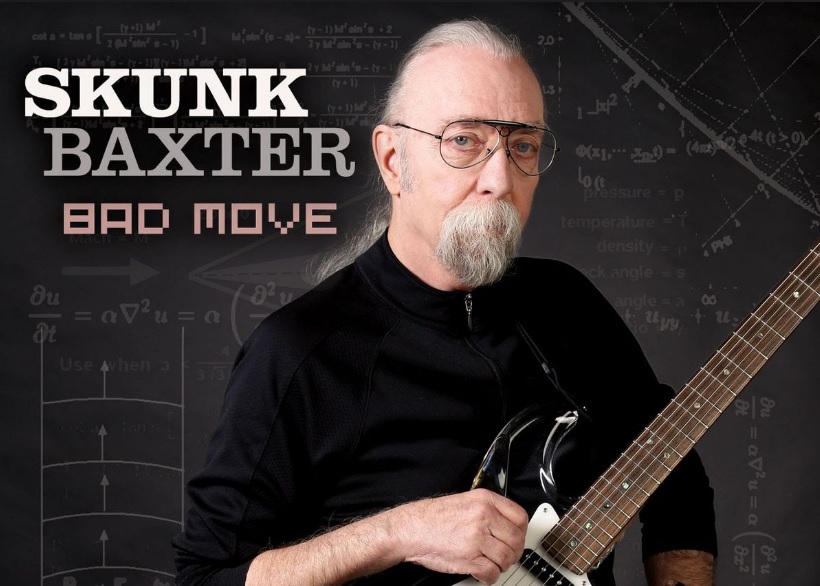 On June 22, Jeff “Skunk” Baxter, the revered Rock & Roll Hall of Fame guitarist (and ballistic missile expert with the United States government) with a resume featuring timeless work as a key figure in Steely Dan, the Doobie Brothers and beyond, will release his very first solo album.

Baxter has now previewed Speed of Heat with a pair of songs, the latest arriving on Thursday. Titled “Bad Move,” it features special guest Clint Black on lead vocals:

“Clint really outdid himself on this song,” said Baxter. “I played it for his wife [singer-actress Lisa Hartman Black], and when she heard it, she jokingly asked me, ‘Who is that?’ I said, ‘That’s your husband. He is a really amazing and multi-faceted musician.’”

“Skunk and I have been friends for a long time and I’m a fan, so I didn’t hesitate when he invited me to do something for the album,” added Black. “Writing with him and C.J. was as good as it gets; sitting two feet from Skunk while he cut those amazing guitar parts, him coaching me through my parts…that was a singular experience. I was hoping to step out of my genre with ‘Bad Move’ and we definitely did that. Definitely a ‘good move!’”

On Speed of Heat, Baxter combines both new original tunes and reworked versions of tracks from his history — such as Steely Dan’s “My Old School,” which accompanied the original album announcement:

More on what to expect on the record, per a news release:

Another standout track sees Baxter revisiting his back pages once again for a spine-tingling re-imagining of Steely Dan’s first hit single, “Do it Again,” this one built around a spacey, slithery, almost hallucinatory R&B groove over which Baxter drizzles spunky, jazz-tinged leads. There’s also the luminous original ballad “Juliet,” radiant with dreamy, glistening guitar lines and a lyrical nylon-string interlude that aches with emotion. “When I played it for my daughter, she said, ‘It’s like a sunrise,’” Baxter recalls. “It doesn’t get much better than that.”

“You go into making a record with so many expectations, but I can honestly say that the finished album met and exceeded all of them,” Baxter says. “It was immensely gratifying when my musical peers would come up to me and said, ‘Hey, I heard you’re making a solo album. Can I sing or play on it?’ That’s a wonderful feeling. Throughout the entire process, and with CJ Vanston’s extraordinary talent and support, I strove to achieve something new, compelling, singular and exciting with each track. I believe this collection of songs and performances realizes that goal and trust that those who listen will come away with the same sentiment.”

Baxter has led an incredible life and career — and Speed of Heat is its next exciting chapter. Stay tuned for more.