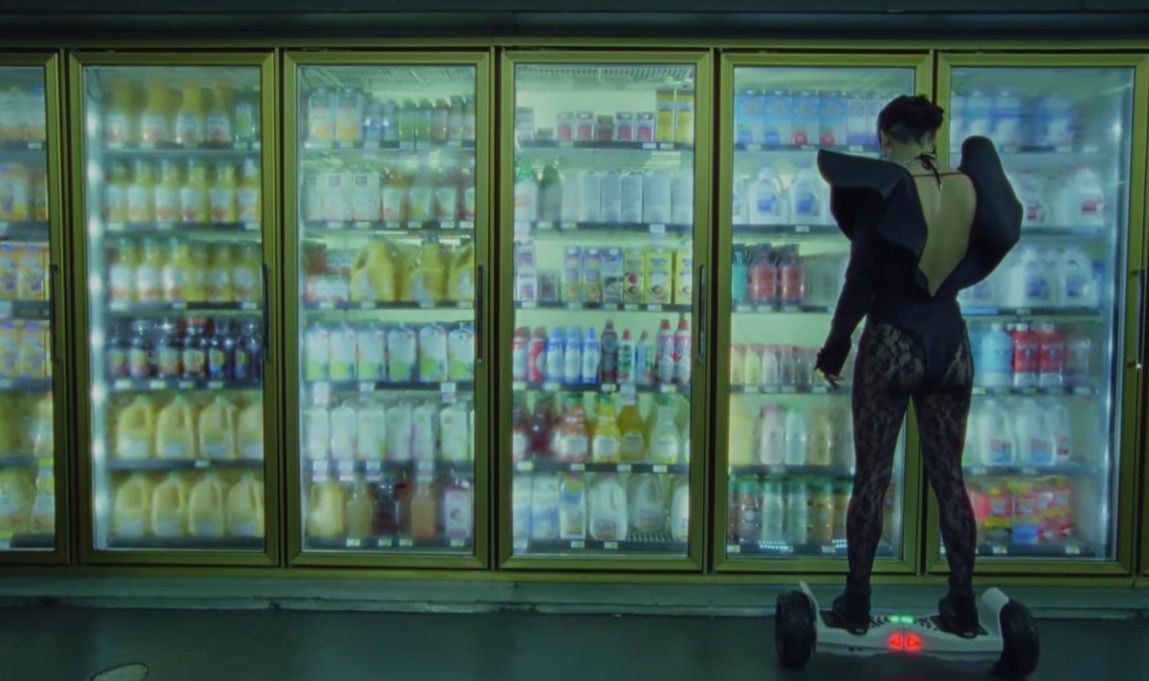 Japanese Breakfast, the indie/rock project helmed by singer/songwriter Michelle Zauner, will return in June with a new album titled Jubilee. It’ll be the third full-length from Zauner, and the follow-up to 2017’s acclaimed Soft Sounds From Another Planet. On Thursday, a music video was debuted for a song called “Posing in Bondage” as a preview of the record.

“Posing in Bondage” by @jbrekkie is out now 🍜 watch the music video FILM for the track, directed by and starring @jbrekkie + co-starring @harmonysaccount ⭐️

The song, an atmospheric new version of a track that was initially released in 2017, features a video that captures the mood perfectly. Set in an eerily empty grocery store in the middle of the night, Zauner floats around on a segway, shares ramen with the store’s night clerk and … well, it’s worth a watch:

“‘Posing in Bondage’ is a ballad about loneliness and longing, a song about two people who want so badly to connect but are never quite able to do so,” said Zauner of the song and video. “No place felt lonelier than an empty grocery at 1 AM. The video is actually an epilogue to the one that will accompany our next single, here presented out of order.”

It’s the second song shared thus far from the album. The first, “Be Sweet,” is an ’80s-inspired slice of indie/pop with a fun music video paying homage to the X-Files:

Separate from the album news, Zauner will release her long-awaited book based on her viral 2018 New Yorker essay, Crying In H Mart, this month. The memoir, about “growing up Korean American, losing her mother, and forging her own identity,” per a news release, is due April 20th via Knopf.

In addition to the album news, Japanese Breakfast also announced some tour dates for the fall. We’re seeing more of that lately — bands and artists slowly re-emerging with tour dates for late 2021 and/or early ’22, decisions being made as the COVID-19 vaccine (hopefully) continues to fade from view. Here’s hoping all of these shows end up happening as scheduled!