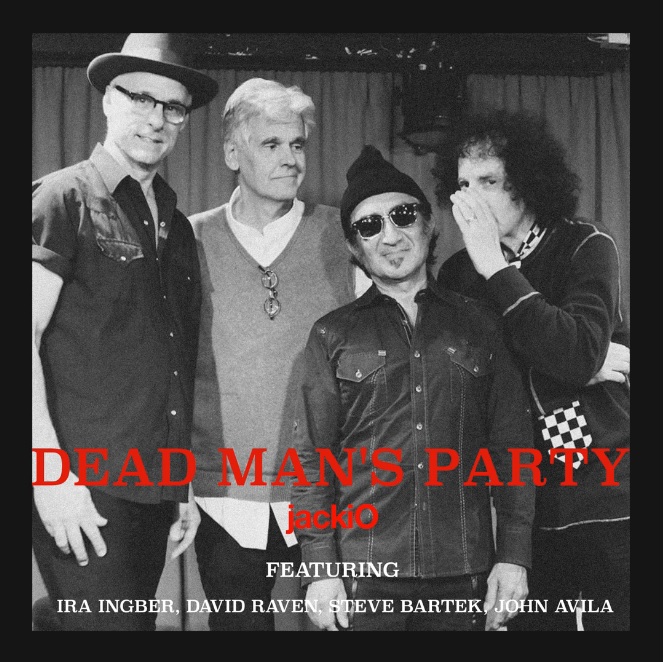 “Dead Man’s Party,” the 1986 single from Oingo Boingo, is arguably the most enduring song from the New Wave group fronted by Danny Elfman — and an appropriate song to be listening to during the weeks leading up to Halloween, that’s for sure.

The reinvented version of the classic track finds Avila on lead vocals and the song’s whole composition completely altered, giving it a fresh makeover for this spookiest of seasons:

Per a news release, jackiO is in the early stages of planning a virtual concert performance, of the kind we’ve seen so abundantly in recent months.

“As much as we love our band, it’s become somewhat of a side project due to the individual members’ schedules, “ said Ingber.

As for “Thin Armour”:

“It took about a month to record it, but  that’s not an abnormal amount of time considering an arrangement with this much detail. And it’s a song we plan to play live some day.”