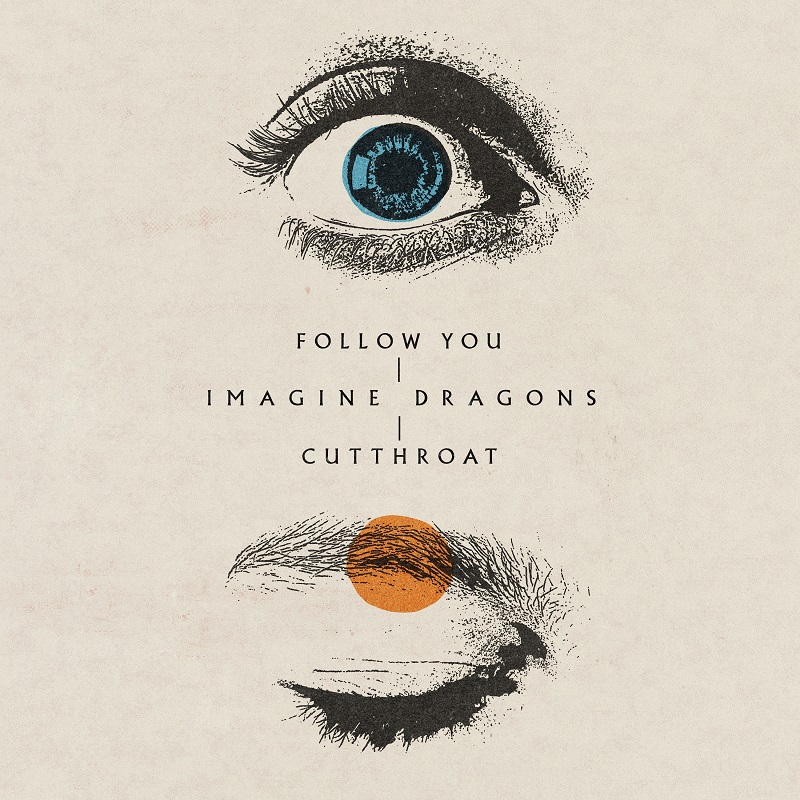 Few bands have reigned as high on the alt/pop charts over the past decade than Imagine Dragons — 40 million record sales worldwide and a number of still-inescapable radio hits in the United States exemplify the group‘s success — and the group returned on Friday with a pair of new songs.

The first, “Follow You,” is an emotional anthem inspired by the real-life experiences of lead singer Dan Reynolds:

More on the song, per a news release:

“Follow You,” which was produced by Joel Little, is a love song full of lysergic guitar and intricate arrangements. Vocalist Dan Reynolds wrote the track during a turning point in his marriage. He was on his way to sign divorce papers when he received a text from his wife so full of clarity that it shook him to his core. The couple postponed their split for the next week – and then forever.

The other new song, “Cutthroat,” is vastly different in sound and style — with Reynolds all but shouting his vocals:

More on this one:

“Cutthroat” is a propulsive, punk-leaning anthem about killing the critic inside of you. Imagine Dragons recorded the song with producer Rick Rubin at his Shangri-La studio in Malibu.

The past few years saw Reynolds experiencing some intense personal tumult — so much so that he vowed to take a step away for a breather, so to speak, only to have the COVID-19 pandemic mandate an extended time away from official band activity.

“It took walking away from everything to find a lot more clarity and happiness,” Reynolds said in a statement about the new material.