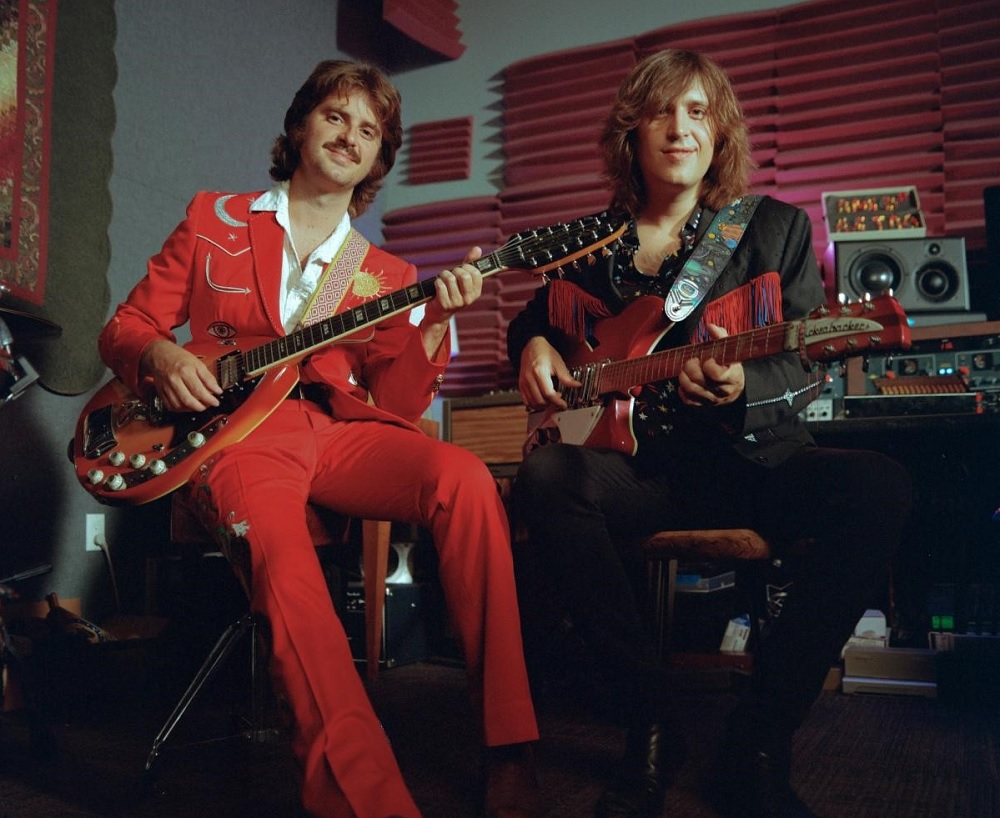 The past several months have been busy for John Fogerty and his musical family. Not only did the classic rock legend share a series of lovely at-home performances with his kids, Shane, Kelsy & Tyler, but he premiered a poignant new solo song of his own — and, now, Shane & Tyler have released Radio Astro, their own new record with their band, Hearty Har.

So happy and proud that my sons’ album, Radio Astro is being released this Friday! Check out Hearty Har, it’s wonderful! @HeartyHarMusic pic.twitter.com/OzV9HN7uat

Our debut album “Radio Astro” is out everywhere! Stream it, love it, share it. https://t.co/zUxeaI2ZlW pic.twitter.com/875BGfKOPi

Previewed in recent months with a few tracks, Radio Astro is a particularly psychedelic little trip from Hearty Har, clearly eager to cast their own place in rock music for years to come:

This isn’t a “new” endeavor, though. The sons of John Fogerty have been working on this Hearty Har project since 2012, and the end result is Radio Astro.

“We both really like to record and be in the studio,” Tyler said. “We’ve spent a lot of time experimenting and honing and learning how to use everything. Our whole thing is ‘Let’s just make good-sounding records and songs.” Shane adds that, “I feel like we’re constantly chasing something new and something exciting, trying to find sounds and trying to expand what we’ve done so far and always trying to elevate it. I think that’s the goal and what we’re trying to follow.”

Here’s a song called “Scream and Shout!,” which features their father on backing vocals:

And don’t forget: Back on Jan. 15, the Fogerty’s Factory album — finding John backed by his kids  — was made available on vinyl. This followed its November 2020 release on CD and digital platforms.

Listen to Radio Astro in full below.