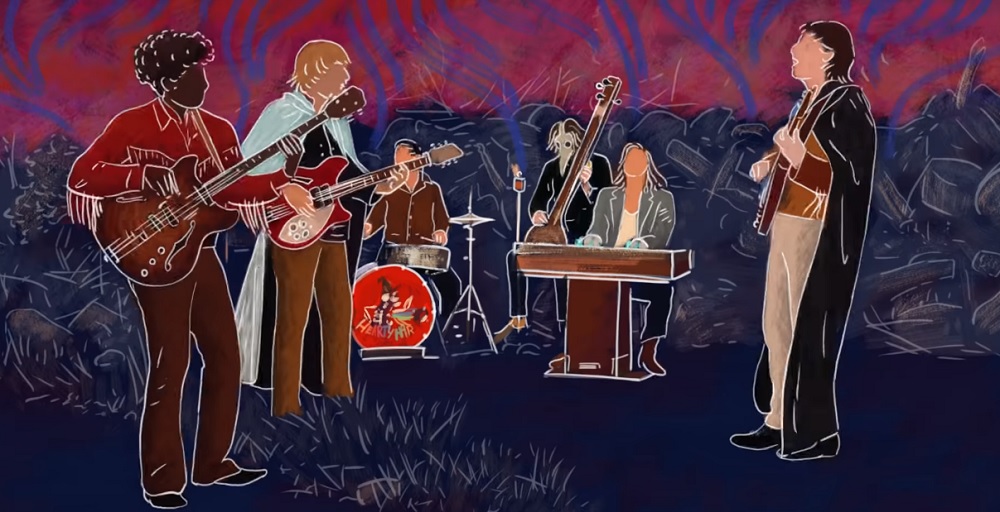 The past few months have seen an abundance of activity from John Fogerty — most of it having to do with his at-home family band performances with his children Shane, Kelsy and Tyler, and some pertaining to Fogerty filing a cease-and-desist against President Trump regarding “Fortunate Son.”

The latest bit of activity from the rock and roll legend has everything to do with sons Shane and Tyler … specifically their band, Hearty Har, a Los Angeles-based psychedelic outfit that will release its debut album, Radio Astro, on Feb. 19.

I am a proud dad! I sang background vocals on @ShaneFogerty & @TylerFogerty band @HeartyHarMusic single, Scream and Shout! Check out the music video here:https://t.co/AdOmWFObU0

“Scream and Shout!” is a decidedly funky stomp of an anthem, an engaging bit of bluesy and slightly twisted energy with an even better music video. And, musically speaking, it features backing vocals from none other than John Fogerty himself, lending his services as a proud dad:

“We both really like to record and be in the studio,” says Tyler Fogerty in a statement. “We’ve spent a lot of time experimenting and honing and learning how to use everything. Our whole thing is ‘Let’s just make good-sounding records and songs.” Shane adds that, “I feel like we’re constantly chasing something new and something exciting, trying to find sounds and trying to expand what we’ve done so far and always trying to elevate it. I think that’s the goal and what we’re trying to follow.”

Hearty Har has been doing its thing for a few years now, so don’t think this is a brand new project for the younger members of the Fogerty family. Here’s a Jam In The Van performance from 2017:

And don’t forget — on Nov. 20, Fogerty’s Factory the album, featuring many of the family band performances of the past few months — will be released.

Click here to pre-order a copy from our Rock Cellar Store.