Harry Styles said it himself in “Watermelon Sugar,” a standout song from the pop singer‘s December 2019 album Fine Line:

That desire, and the song’s undeniable feel-good beach vibe, is at the heart of the new music video for the song, which Styles premiered on Monday. Filmed at the beach — well before the COVID-19 pandemic, mind you — it depicts Styles and a number of other lively young people feasting on watermelon and basically capturing “that summer feelin'” that he sings about in the song.

A summer feeling that we will almost assuredly NOT be getting in our lives, due to the pandemic.

The clip is also dedicated to “touching,” something we aren’t supposed to be doing much these days. It’s all a bit of a sensory overload, entirely in purpose:

Lest you think otherwise, Harry Styles would like to remind you to practice safe social distancing, despite the overload of touching that goes on in the video:

DO NOT TRY THIS AT HOME. Practice social distancing. Watermelon Sugar Video Out Now.https://t.co/CFnaJ3JpFb pic.twitter.com/jUjdOxFN1i

“Watermelon Sugar” is one of the more irresistibly catchy songs on Fine Line, Styles’ new album which came out in Fall 2019 — and has been the subject of some serious obsession by Stevie Nicks. who heaped significant praise on the record recently:

To me, it’s just like the summer of Crosby, Stills and Nash, where I listened to nothing but [their debut album]for six months. And then it’s the same way I felt when Joni Mitchell’s Court and Spark came out; I listened to nothing but Court and Spark for six months. Harry is recounting a lot of experiences that I had in my own life, beautifully. And making me remember stuff, and bringing back memories that I really didn’t love and memories that I did love. For me to hear a record made by somebody in his mid-20s that says a lot of things that I haven’t gotten around to saying yet blows my mind. 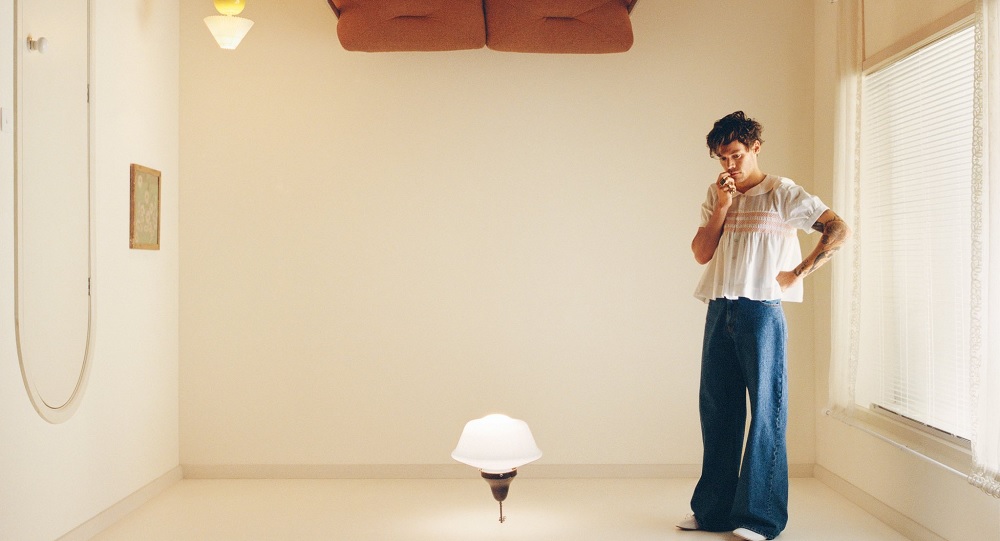