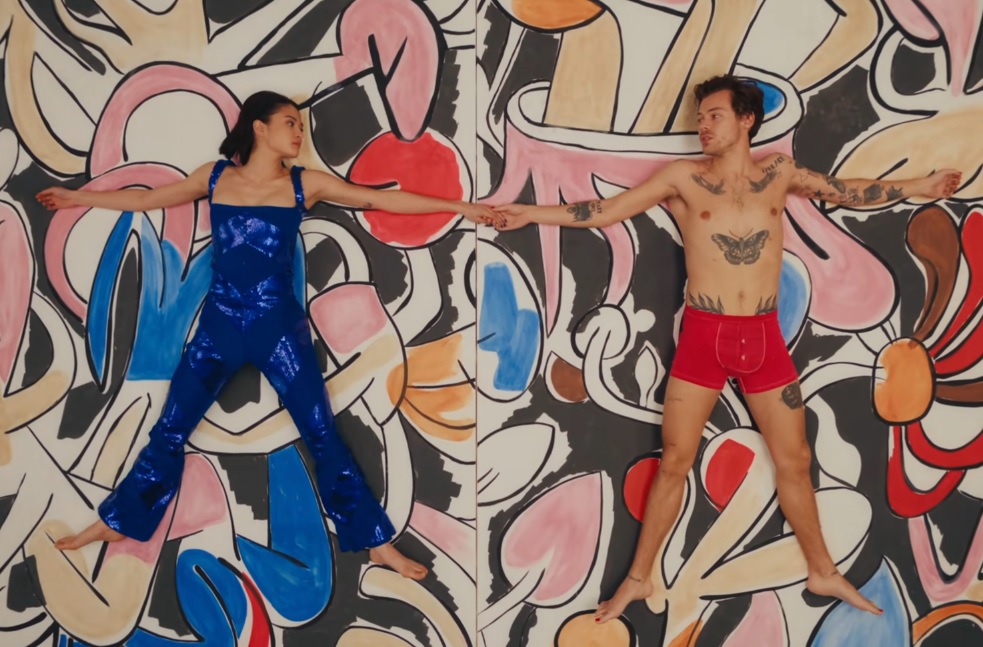 After putting the world on notice about the impending release of a new album titled Harry’s House, global pop superstar Harry Styles didn’t make folks wait very long for a taste of what’s to come on his third record.

On Thursday, Styles debuted “As It Was,” an upbeat, shimmery slice of indie/pop with lyrics that are both vulnerable, self-referential and reflective of Styles’ real-life persona:

Answer the phone,
“Harry, you’re no good alone,
Why are you sitting at home on the floor?,
What kind of pills are you on?”,
Ringing the bell,
And nobody’s coming to help,
Your daddy lives by himself,
He just wants to know that you’re well

Its corresponding music video is a visual delight, Styles in various outfits of stark red color while dancer Mathilde Lin, clad in blue, moves around him. The clip was “made with love by a creative team from Ukraine,” as well:

Harry’s House will be released on May 20.

As for why Harry’s House will be such a huge release, read up on Styles’ career transformation and the buzz he’s earned over the past few years:

If you’ve somehow remained impervious to the allure of Styles’ solo career, which has taken on a significant stylistic shift from his early days as a member of English pop group One Direction, here’s what you need to know: He’s a big deal, and deservedly so.

He’s one of the headliners at the Coachella Valley Music & Arts Festival next month, with Harry’s House scheduled for release a few short weeks after those performances. He also resists traditional gender norms with his fashion, as seen on the new album cover:

Stevie Nicks ranks among his high-profile fans, having announced to the world during pandemic isolation that she couldn’t stop listening to Fine Line.

Nicks’s accolades even went a step further, with Stevie drawing a comparison to her appreciation of Fine Line to the way she was obsessed with Crosby, Stills and Nash and Joni Mitchell decades ago: