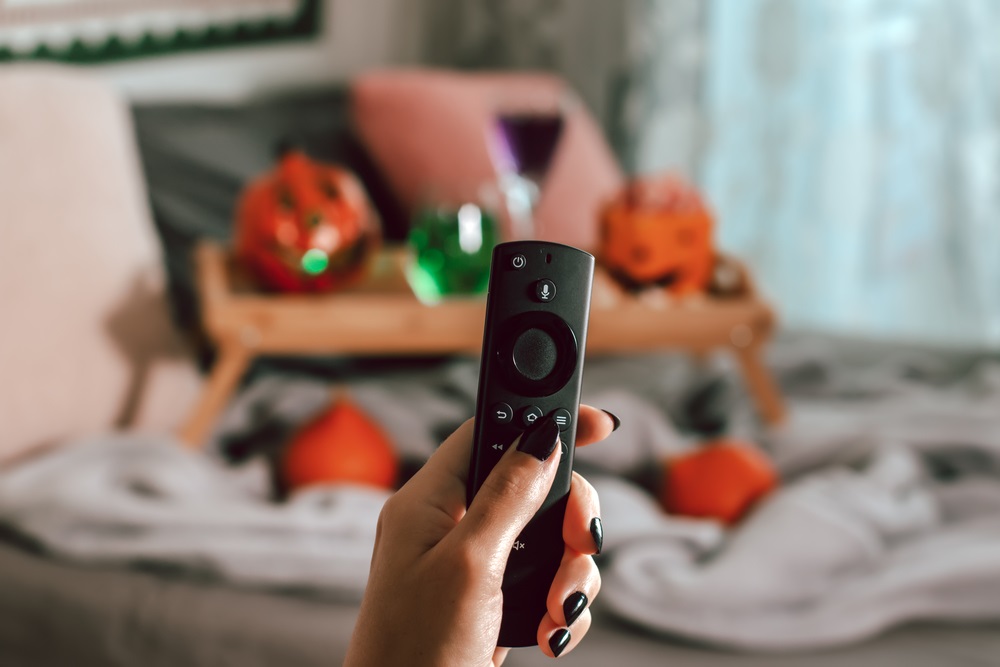 It’s the weekend again — but this one’s a bit different. It’s Halloween weekend, but due to the ongoing COVID-19 pandemic and restrictions in place across the country, we might not all be able to celebrate the “normal” way. Instead, we may be staying in, cozying up on the couch for some marathon movie-watching or, in keeping with the theme of the past few months, perusing various live stream concerts that are on the schedule.

There are plenty to choose from, of course, some themed with Halloween flavoring and some without. Here are our picks for a good Halloween of viewing:

As the Dead did for multiple weeks back in the early portion of the pandemic, the jam band’s Shakedown Stream series will continue this Friday night with a flash back to two special shows at Radio City Music Hall, circa Oct. 30 and 31, 1980, airing the Dead Ahead concert film to mark the occasion.

The music is going to get a little louder on 10/30 with the return of a special Shakedown Stream. Tune in on the Grateful Dead YouTube channel starting with a pre-show hosted by @lemieuxdavid & Gary Lambert, with special guest, @alfranken, and stay for a screening of DEAD AHEAD. pic.twitter.com/5PUHkDqeQm

Watch "What's the Use?" from #TheBeaconJams on 10/23/20 at the @BeaconTheatre in New York, NY. https://t.co/9PUdAbjDxC#TheBeaconJams continue Friday at 8pm ET on Twitch

The show is free to watch, with donations encouraged (and benefiting Phish’s WaterWheel Foundation and Divided Sky Fund).

This Friday, Maynard James Keenan of Tool and his irreverent and unpredictable side gig, Puscifer, will release a new album titled Existential Reckoning — and the ensemble is commemorating its release with what’s sure to be a trippy live stream experience from Arcosanti, in the high deserts of Arizona beginning at 6 p.m. ET/3 p.m. PT.

Tickets and merchandise packages for Live at Arcosanti are available now at PusciferLive.com, and those who purchase access will be able to view the show for 72 hours.

There’s only one GWAR. Nobody else is GWAR. And this Friday, the satirical heavy metal/thrash band with a penchant for unbelievable live spectacles will stage a special live stream event performing 1990’s Scumdogs of the Universe, the band’s most commercially successful and well known album, in its entirety for its 30th anniversary.

Live stream tickets & merchandise packages are up now at the band’s official site.

Join us for an online party this friday for Woody & Menace with Billy Corgan of The Smashing Pumpkins when you make a small donation to movember https://t.co/NADZGeukwl pic.twitter.com/3jLkMQO62s

Tickets to the stream are yours for a $9.87 donation — click here for more details.

Mike Patton and Mr. Bungle are releasing The Raging Wrath of the Easter Bunny Demo, a re-recording of the original Mr. Bungle 1986 demo cassette, this Friday Oct. 30. The project involves Patton and original Mr. Bungle band mates Trevor Dunn and Trey Spruance as well as metal masters Scott Ian and Dave Lombardo, and comes with much anticipation.

To celebrate its release, Mr. Bungle is hosting what’s sure to be a creepy live stream concert experience on Halloween itself with The Night They Came Home — A Virtual Live Concert Experience:

For more on the live stream and to pick up a ticket to access the show, click here.

Code Orange — Back Inside the Glass Live Stream Show (Live.CodeOrangeToth.com, $15+)

Pittsburgh-based experimental/metal/unclassifiable band Code Orange was one of the first to play a full-production live stream gig when the band streamed a show on Twitch back in mid-March, following it up with an excellent, stripped-back MTV Unplugged-style set in September — and the talented group will play another special stream this Halloween, starting at 4 p.m. ET/1 p.m. PT.

Back Inside the Glass is billed as “an all-immersive environmental experience putting Code Orange at the center of awe-inspiring virtual landscapes, where they will deliver an intense livestream performance in a way never before seen.”

A star-studded fundraiser for the Wisconsin Democrats will stream on Halloween night. Arguably the most notable aspect of this stream is the involvement of Tim Curry, who has largely stayed out of the public eye after suffering a stroke in 2012.

Scheduled to participate in the fundraising stream include

For more details about this live stream, click here.

In non-pandemic circumstances, Hollywood Forever Cemetery in Los Angeles would be hosting a massive in-person Day of the Dead celebration. Since that can’t happen, the famed facility will be hosting a live stream event on Sunday, Nov. 1 beginning at 3 p.m. ET/12 p.m. PT, with performances from Los Lobos, Buyepongo, Tropa Magica, and more.