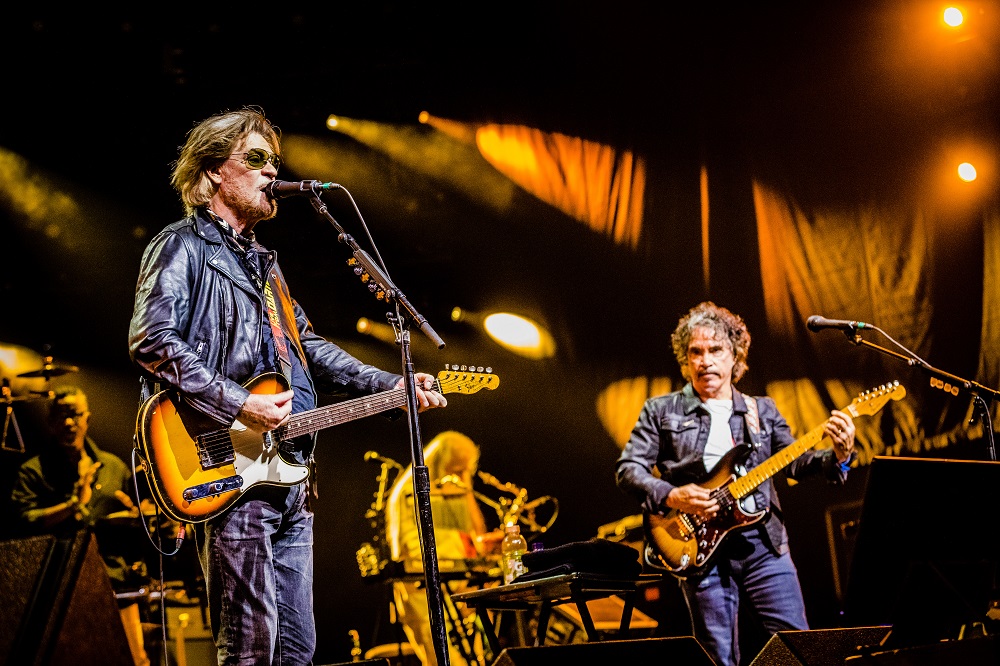 Hall & Oates are ready to get back out there on the road — and the classic pop duo has detailed a 25-date Hall & Oates summer tour, a rescheduled and modified edition of a previously planned run that was scrapped due to the pandemic.

Billboard notes that the shows will mark Hall & Oates’ first performance since Feb. 2020 at Madison Square Garden. The new shows will also feature Squeeze and KT Tunstall as support for most gigs.

“For a lot of our fans, we may have been the last ticket they bought before lockdown,” says Daryl Hall. “Now we want to be the first show they look forward to as the world reopens.”

“The world needs live music and playing live has been an important part of my life,” adds John Oates. “The fans miss it and I miss it and it’s going to be exciting and emotional to get back on tour again.”

Billboard quoted Hall as sounding pretty pumped up about this outing. “Excitement is too easy a word. I’m many things. I’m excited about it. I’m apprehensive. I’m nervous. I’m confident. I’m paranoid. I’m everything at once — and when I hit the stage I think it’ll probably be as if I never left.”

There’s also a bit in the Billboard piece regarding Hall and Oates’ work on a new album — and how the lengthy time off may have altered those plans:

“Things have changed,” Hall says. “I’m really not sure what’s going to happen. I don’t know if I’m gonna do a solo record next, or do a (Hall & Oates) record. I don’t actually know, so I’m just gonna shelve that thought and really lock into these shows.”

Oates adds that, “Daryl was talking about recording; He found a producer in Holland, a young guy, he really liked. And then COVID hit and it was over. The whole thing just came to a grinding halt. We will resume at some point with some sort of recording project, but how it manifests itself and who we work with and how we work… who knows. We’ll just have to regroup and see how that’s gonna work.”