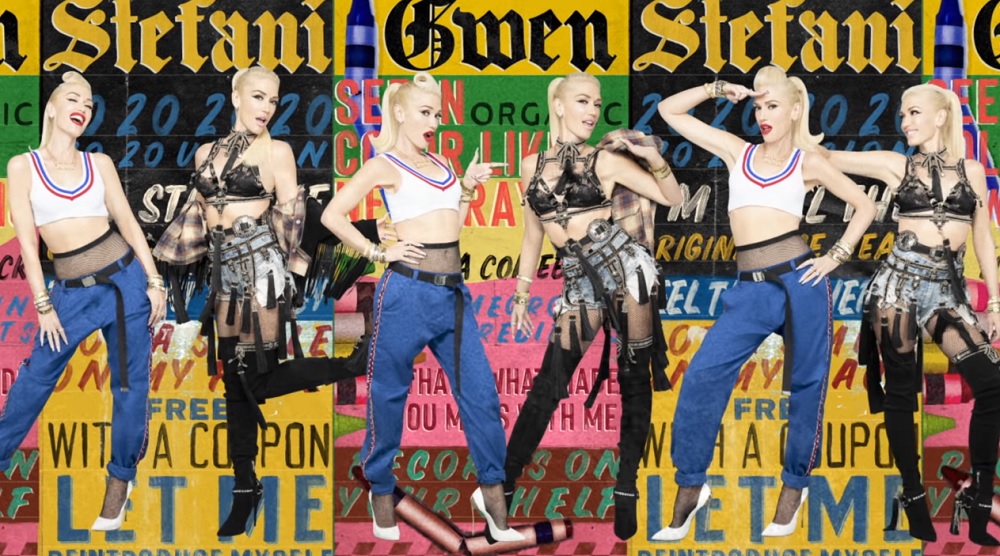 Gwen Stefani would like you to know she hasn’t forgotten her roots.

Even as the singer/The Voice judge has built a massively successful solo career after breaking from Orange County-based ska/punk band No Doubt, with whom she achieved a great deal in the 1990s and up until the band’s latest hiatus in 2015, she remains true to herself.

LET ME REINTRODUCE MYSELF my new single is out now! 😘💥✨❤️🌟 go ahead, binge on my music for days! #LetMeReintroduceMyself gx https://t.co/GwgCl7JAsO pic.twitter.com/TbqTEb9whx

That’s the message conveyed in “Let Me Reintroduce Myself,” a new single shared by Stefani this week. A reggae-flavored anthem that throws it back a bit to her No Doubt days (and features lyrical references to some of her earlier songs), it was co-written by Ross Golan, produced by Luke Niccoli and featuring Stefani’s brother, Eric Stefani, on horns.

“Let Me Reintroduce Myself” is Gwen Stefani’s first new release of new music — not including holiday releases or duets — since 2016.

“This song is a way of saying I’m back with new music. It’s a fun, lighthearted song, because I got inspired and hopefully to bring a little bit of joy,” she said in a statement about the track. “The idea was to write a song that had a bit of a nostalgic feeling to it, so I think musically it reminds you of back in the day, going back to where I started musically which was with ska and reggae. I’m still the same me but here’s something a little bit new in case you feel like hearing a little bit more of me.”

Stefani’s most recent solo album was 2017’s You Make It Feel Like Christmas, while No Doubt’s most recent release before going on a break was 2012’s Push and Shove.

No Doubt’s breakthrough 1995 album Tragic Kingdom, by the way, celebrated its 25th anniversary in November 2020.