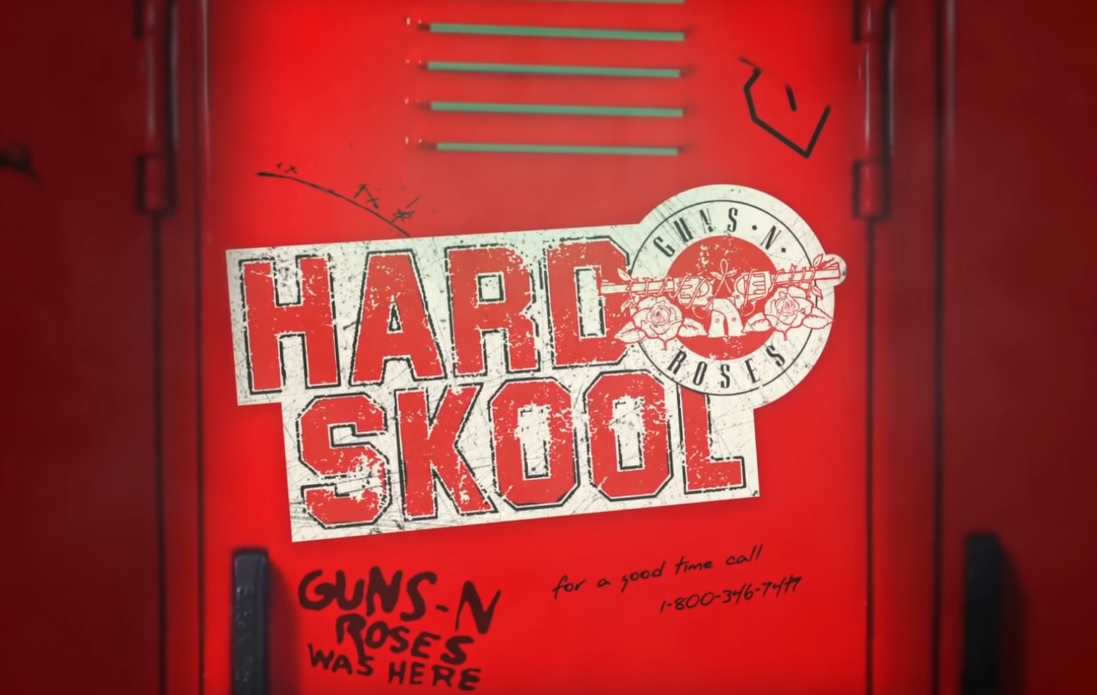 Late Thursday night, Sept. 23, GnR dropped another new track, “Hard Skool,” and it, too, dates back to the Chinese Democracy era, when it had the running title of “Jackie Chan.”

Starting with a blistering bass line, the high-energy track finds Axl Rose sounding pretty much vintage — or at least as close as can be expected at this point:

“But you had to play it cool, had to do it your way/Had to be a fool, had to throw it all away/Too hard school and you thought you were here to stay/If that were true, it wouldn’t matter anyway.”

The song contrasts starkly with “Absurd,” which features a rather abrasive overall feel, by design:

Recent years have seen Guns N’ Roses embark on globally successful reunion tours, but the emergence of new studio tracks was somewhat unexpected — at least officially. Who knows what else the band may get up to next!

Catch GnR on the road on its coming tour dates:

And don’t forget that the planned Summer 2021 European tour was pushed to Summer ’22.