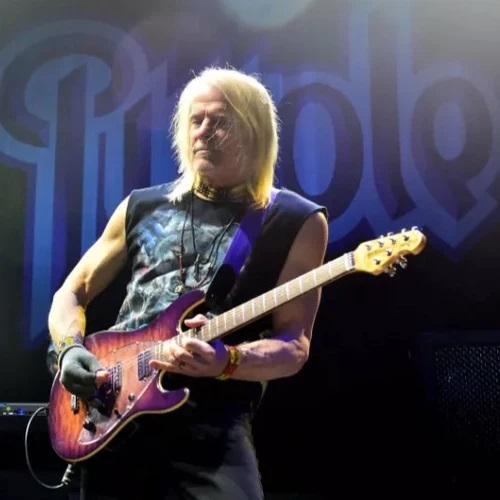 Steve Morse will be stepping away from Deep Purple after 28 years to be with his wife, who is battling cancer.

The news was shared from Deep Purple’s facebook page which which quotes Steve:

“Last Autumn, I suddenly left the Purple writing session in Germany because my wife was having a real medical crisis. Almost a year later, we are learning to accept stage 4 aggressive cancer and chemo treatment for the rest of her life. We both miss being at shows, but I simply couldn’t commit to long, or far away tours, since things can change quickly at home. I suggested lining up a substitute guitarist last Autumn, hoping we could see the miraculous cancer cure all of us have heard about. As time went by, I could see the way things were heading though, after 28 years of being in the band.

“I’ve already played my last show with Purple back in Florida on the Rock Legends Cruise. I wish to thank the listeners who so strongly supported live music and turned every show from a dress rehearsal to a thundering, exciting experience. I’ll miss everybody in the band and crew but being Janine’s helper and advocate has made a real difference at many key points.

“As Janine adjusts to her limitations, she is able to do many things on her own, so we will try to play some shorter nearby concert tours with friends to, hopefully, get both of us out of the house!”

Morse replaced guitarist Ritchie Blackmore in Deep Purple in 1994 – performing on 8 studio albums, and touring extensively with the band.  He has also been a member of the Dixie Dregs, Kansas, and Triumph.

Deep Purple is in the midst of a European tour, and at this point there is no word from the band whether Morse’s departure will affect that.  The band recently brought in “substitute” guitarist Simon McBride during a recent Morse hiatus.  Of McBride, Morse has commented: “a certified world-class guitarist.”

We at Rock Cellar understand and support Steve’s decision to prioritize his family, and we offer heartfelt blessings to Steve and Janine.